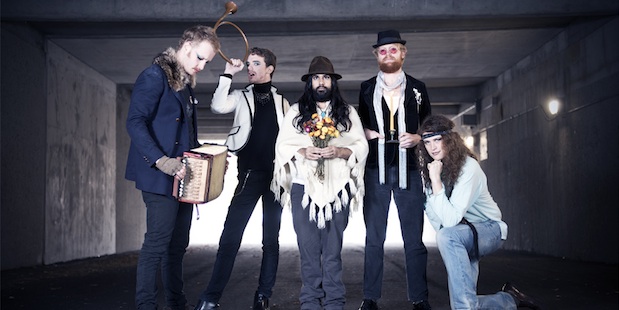 A couple of dates to mark this week and we do so with a bunch of rather interesting music from Germany, Paris, Croydon, Margate, New York, France and Montreal.

From the wistful to the just plain wicked we’ve loads of fresh music to treat your ears.

Klitbeats alias Robert von Klitzing is a German producer from Frankfurt. This is the producer/dj’s debut release that contains: melodic instrumental hip hop (Talking To A Ghost, Hide Out, Stay), guitar-vocal downtempo (A Thing Or Two), instrumental funk (The Morning After), broken-funk with lovely vocal (Gimme Good) and reeeeal romantic lounge (Gemeinsam).

There are some gloriously loose tubes in action on here too.

Discover it, feel it!

Although I’m a Brit, I really like the concept of Thanksgiving. Taking a little time to think about where thanks is due can be a therapeutic process.

This year, Thanksgiving coincides with the first day of the Jewish festival of Hanukkah so the streets of Brooklyn will be resounding with cries of Happy Thanksgivukkah! At least according to our friend Jon at Cyber Pr on Park Slope who has a particularly vivid imagination but he’s excused and claims that it is a bit of a one-off, the two dates won’t coincide again for another 70,000 years. I don’t know whether to believe that either!

I’m content to mark the occasion with particular thanks to the artists, labels and others who make the music available and who go the extra mile to make sure that I get to hear it.

I’m thankful to Justin Wayne who did amazing work earlier this year on helping transform the SnC website to WordPress – the best move I’ve made in a long time.

Most of all, though, I’m grateful to you for listening and for turning others on to the show. 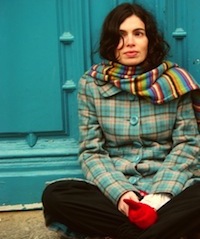 Yael’s song New Soul was used by Apple in an advertisement way back in 2007. On the back of that, she made it into the charts. Sionce then, it’s been pretty quiet.

Based in Paris she and her partner David Donatien are working on a new project – which I, for one, await with interest. 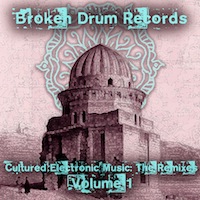 A track from an excellent Secret Archive of the Vatican album of remixes on Broken Drum snappily called Cultured Electronic Music: The Remixes Volume 1. The album features both old and new tracks, each remixed.

I’ve been having trouble deciding which track to play but Peter Draper in Qatar prompted me via the SnC twitter stream to give this one a spin.

I’m astounded to find myself posting a Christmas track here on SnC but this is first and foremost a magnificent example of confident, talented and highly motivated musicians making music together. In fact it is so good that I can actually forget that it even mentions Christmas! – Bah humbug 😉

They each take their solo with grace, generosity and great style. It’s not fair to pick out any individual contributions but Tula’s voice has been playing havoc with the hairs on the back of my neck since One Love – episode 3 of Playing for Change. www.playingforchange.com/episodes/one-love/

Low down Dirty Christmas from Playing For Change on Vimeo. 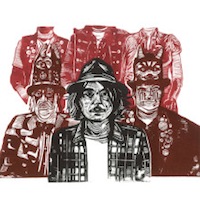 Dan will be filming his new music video for Bella’s Kiss at The Man of Kent in Rochester on December 5th and you’re invited. In fact he’s like you to help film it. The audience will be the camera crew, or at least party of it. In a nutshell, the audeince will film the performance on smartphones and the like, then it will be spliced together with professional footage to create the finished product. Sounds like fun eh?

More info about the shoot at: www.funkeandthetwotonebaby.co.uk/bellas-kiss-live-video-shoot/

Mountains is from the Battles album.

If you’d like to hear more from Dan, check out his live Session at the Barn for SnC in show 374. There are a couple of our videos of his performance there, including one for Bella’s Kiss.

Peg Simone is one of my favourite almost-under-the-radar artists working away at her craft on a shoestring budget in New York City.

She embodies all that is good about ploughing her own furrow, producing the music she wants to produce in place that allows her total creative freedom. In a world dominated by labels, artist manipulation and public image, Peg is an oasis of integrity.

I had the pleasure of visiting her studio/workspace in Long Island City a couple of years ago (after brunch at the iconic Court Square Diner WARNING music auto-starts. Nothing flash there, in fact more the feel of a workshop than a studio. But she’s certainly being productive – every Sunday she releases a track to her cognoscenti fans by email. It’s become a bit of a Sunday habit to look out for the email and check the tune. This week Peg was commenting on the high winds that had been howling around New York whilst she was recording. A quick look at the Statue of Liberty webcam confirmed the crackling flags and white horses across the water below Manhattan. The world felt a very much smaller place.

Last week she put out a track from some time ago, recorded with Dan Barnhill, Tony Maimone and James Murray.

Her current album release Witch Tree Road is available from her site. You can check her Twitter feed for quick links to her Sunday Songs or just go direct to her Soundcloud page.

Jamendo is celebrating a bit of a milestone this week. 400,000 tracks are now available for free download from the site at Jamendo.com

As part of the celebrations they have compiled a list of their favourite 40 tracks. OK, so it’s simply a staff pick but I’ve been very happy to go along with their list – even though it isn’t all the same as mine. Surprisingly, quite a few of the artists we’ve heard on SnC make the cut, including Triad, Davide TMX, Professor Kliq, Anitek, Fresh Body Shop and the whole of the top three, Drunksouls (3), Brad Sucks (2) and the wonderful Emerald Park who are number 1. That’s be because they travelled all the way from Malmö, Sweden to play at the AMP showcase at The Cavern Club in Liverpool a couple of years ago. 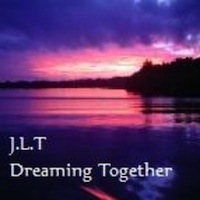 This track Piano of Hope is on his totally enthralling 2010 album Dreaming Together.

Where do people go when they go away – Little Suns (Montreal QC, Canada)

Little Suns draws influences from folk music from every corner of the world which is then filtered through each band member’s respective qualities and style giving listeners a western pop audio experience. Effortlessly laced with heavy eastern European influence after John Aaron Cockburn and Robin Meyer-MacLeod ventured off to Romania and Hungary it was there with instruments strapped to their backs that a new sound was created. This musical pilgrimage gave   its authentic reverberation.

“Being immersed in the culture I was trying to emulate at the time, it gave more realism to and authenticity (to the sound) of what I was trying to create. In general, travel helped expand my worldview,” says John Aaron Cockburn on the musical journey that brought him back to his roots in turn giving life to the Eastern Europe influence that achieves a universal resonance.

Over the course of a year, producer Leon Taheny tweaked the fusion of sounds to make a cohesive arrangement of songs which are currently available as a free download on NoiseTrade.