Producer/presenter Peter Clitheroe has a bit of history with very forward looking musicians and labels. His finger is on the pulse of independent music and he sees great opportunities for small labels and independent artists.

Peter worked with a load of bands in his time at Island Records in London and Los Angeles and elsewhere during the 70s, from Free to Genesis and Bob Marley to Vivian Stanshall. He was initially one of those sweaty blokes wearing riggers’ gloves and mucky jeans, but progressed to twiddling knobs and pressing buttons. To this day he gets a cheap thrill from the scent of hot leatherette and can’t help carrying things in and out of buildings.

To avoid burn-out and worse fates which befell some good people around him, he dropped out to the country (man) and has been working freelance, mostly writing, but with some video and audio production, ever since. Inspired by the possibilities inherent in the digital revolution, he started producing Suffolk’n’Cool on 1st February 2006.

He probably also harbours latent ambitions for world domination but, thankfully, hasn’t discovered them yet. 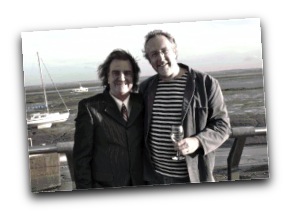 Terry Reid (aka Superlungs) was over from California, playing a few dates in the UK and trying out some stunning new material.

We spend a very convivial afternoon and evening in Southend-on-Mud!

As well as the regular weekly show, we record occasional Sessions at the Barn, often with artists who are in the UK on tour.

Norwegian singer Terje Nordgarden spends most of his time touring mainland Europe but he has become a welcome guest at The Barn, having recorded two sessions with us. 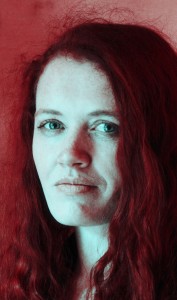 We seem to be becoming an essential stop-off point for a chilled session and a bit of mid-tour relaxation. That suits us just fine, we’ve spent long enough around musicians to have a fair idea of what’s needed so it works well for us all.

As someone recently said – there are no facts in the future but the aim is to consolidate Suffolk ‘n’ Cool’s reputation for great music and insightful comment.
Above that though, I’d like Suffolk ‘n’ Cool to become a natural meeting point for all of us who are interested in giving our ears something new to listen to.
Parts of the road map include more Sessions at the Barn, more location reports and more gigs!
I sincerely hope we’ll be part of that future together…. so, just a bit of world domination then!