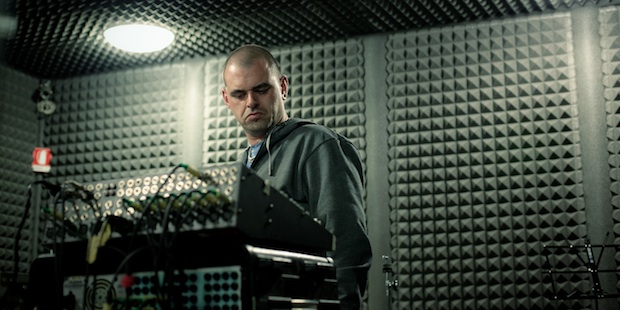 Voodoo Tapes, opening the upcoming season from Aquietbump. Relax and pull down the sub crossover freq.

Voodoo Tapes is strongly intertwined with the southern Italian net label A Quiet Bump, and it’s great to have him on the show this week.

We’ve news of some SummerStage performances in New York and, of course, some of the more interesting of the current crop of truly independent artists. Welcome to your breath of fresh musical air, straight from the east coast of England.

OK. I know it’s only a couple of weeks since I played The Animal by Erica Glyn but there you go, I’m playing another one already!

Erica’s vampy, garage-pop lures listeners into “a world of the unusual and strange”, a landscape of pulsating beats, surging synthesizers, elegantly volcanic melodies, and dark, poetic lyrics. Her passion and drive for her own development exploded in her 2012 full-length release, STATIC.

Like all her work, the album was written, recorded and produced solely by Erica, with contributions from a collection of well-respected artists and special mixes by multiple Grammy award-winning master music-maker and friend, Chris Lord-Alge.

Throughout, Peg’s voice is a torrid whisper, punctuated by gasps that abandon the listener to solitary contemplation, to wonder whether she’s celebrating or mourning; praying or seducing. Such are the transformative powers of a blues sorceress.

Thanks for playing The Hammer on your very cool show.

I also liked what you had to say about acoustical spaces and the music they are either built for or shape.  When we were based in New York, we put on concerts in an abandoned convent (we worked out a deal with the priest whose church owned the building), and last year we put together a tour of nontraditional venues that included a mineshaft, a wind-carved desert amphitheater, an old silent movie theater, and an impound tow lot.

Each space seems to invite a different approach.

And you’re right: those vocals on The Hammer were done back at the underground parking garage, after our initial sessions in the barn.

Our first EP, released last spring, was recorded entirely in the parking garage where we do our monthly Underground Series. I’ll attach one of the tunes, Good Luck (and all that stuff).

We just returned from a trip out to New Mexico to track the third EP, which we’re hoping to have ready in a month or two.

The Underground Series takes place the Saturday before each full moon in the underground car park of an office building in Santa Monica. The next is on May 18 when Bananimal will be special guests. 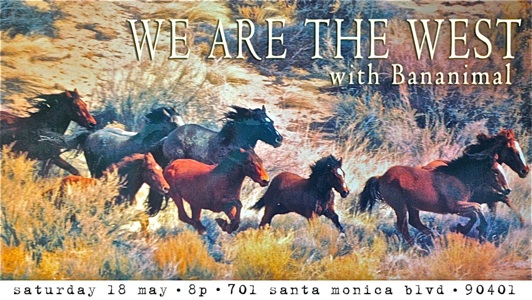 In September New York CIty writer/performer/producer/singer/songwriter performed this piece in China, where she was invited by the Friends of the UN to perform for UN GLOBAL PEACE DAY in Linzhou City. She was given an honorary, “Messenger of Peace” award for her visionary work as a songwriter and performing artist. She writes songs, plays, monologues, short stories, erotica, blogs, and poems. She is known for her gutsy, sexy, raw performance style and her intelligent lyrics.

As she says, “I’m working with an amazing group of artists: dancers, actresses, film/videographers and of course the Tomás Doncker Band. I couldn’t be more thrilled.”

Also, she was written up in the Huffington Post a couple of days ago. Check out the article

Here’s the video for Piece of Peace

Also appearing at Summerstage are Marseille favourites of mine IAM

Law’ is a singer from France. This is from her first solo album, Sans gêne ni oxygène produced by The Dada Weatherman.

Voodoo Tapes: pseudonym of Giovanni Roma (aka Blob). It began in 2011 for an irresistible impulse to perform digital dub vibrations. There is no other reason why this project was born over the trance of bass, hi-hat and spring reverb.

Available on the always refreshing AQUIETBUMP, a net label based in Irpinia, a middleland mountain and rural region of southern Italy. AQBMP  produces multimedia focused on dub, digital roots, downbeat, and deep, lowend frequencies. Founded in 2005 by Paolo Picone and Carmine Minichiello, with a later involvement into the staff of Giovanni Roma, Raffaele Gargiulo and Leo Giso. What started out as a collective with a few musicians and their side projects has now become AQUIETBUMP the label.

Melissa Bel, a Canadian singer/songwriter performs on stage like she’s playing host to the blues spectres of 1940s Chicago. Her powerful voice bursts out of a petit, fresh-faced 23yr old delivering notes strong enough to carry the heavy feel of her music while maintaining an air of elegance.

For her sophomore album, “Distance”, Melissa pours her heart out into six songs that are expected to bring her name and music into homes across North America and Europe. “Distance” which reached number one on Montreal’s Jazz and Blues charts, includes a stirring rendition of Bill Withers’ 1971 classic ” Ain’t No Sunshine.”

Indie-rockers Brighton MA have come into their own through refining their signature bursting emotionality with concise song structures and expansive dynamics on their sophomore album, “Oh Lost.” In an era of hyper stimulation, the arresting clarity of the Chicago-based quartet’s latest reminds us to not lose sight of the simple beauty of life.

Brighton MA formed in 2006 when Kerstein and drummer Sam Koentopp left The Scotland Yard Gospel Choir and hooked up with arranger/guitarist Jim Tuerk, later adding guitarist Joe Darnaby and bassist Jon Ozaksut. The band has been applauded for their innate lysergic folkie, noise-pop aesthetic and bold vulnerability, garnering favorable comparison to The Walkmen, The Flaming Lips and Bob Dylan. They’ve shared stages with Spoon, The Arcade Fire and Old 97’s

On the lead track “Touch” singer-songwriter Matt Kerstein recalls how in youth we’re more emotionally available and attuned to the wonder of life. He sings with tender weariness: “Kids like us trying to live off the Touch.” Kerstein notes: “Everyone related and felt those lyrics so they could just focus on the music around the words.” Besides being a conceptual touchstone, the track marked an aesthetic one as Brighton MA hit upon a punchier approach to song arrangement. “That was a turning point because of its general simplicity. It was one of the first tunes in a fresh batch after the last album. It developed quickly and we kept it simple with driving immediacy.”