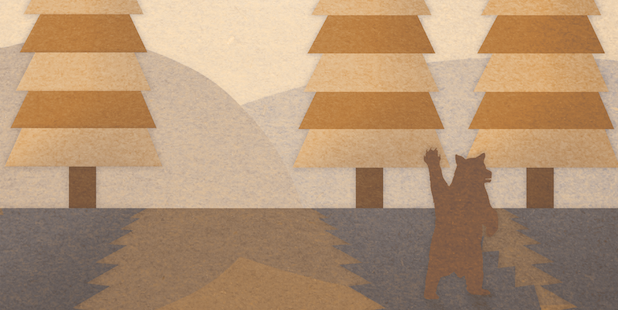 We’ve a selection of American and European artists this week along with at least one who has a foot in each camp.

I also had a fresh fumble around in the nether regions of the wonderful European net-label Jamendo, a fantastic source of quirky music from all over the shop. If you do (legally) download some music, please see if you can leave some cash and / or some feedback for the artists. They really appreciate it and makes more difference than you can possibly imagine.

There is something undeniably, adolescently fun about Boys School, though a fun that’s tempered by a very grownup sense of foreboding and a very old school appreciation of spirited musicality, especially felt in their live shows. In a an era of bands attempting to mimic their own recordings in live performance, playing along to pre-recorded tracks, Boys School takes the old road to reach new destinations.

Another track from Sydney Wayser’s most recent and perhaps most accomplished album Bell Choir Coast.

Multi-instrumentalist and stunning vocalist. Half-French and half-American, Sydney Wayser grew up in LA but spent a few months every year in Paris.

She gleaned much of French culture from her songwriter father, leading her to musical influences that include Edith Piaf, Charlotte Gainsbourg, and Jacques Brel, among many others.

Now based in Brooklyn, New York, Syd is very much part of the vibrant independent music scene in that lively borough.

Her European sensibility is evident on both earlier albums The Silent Parade and The Colorful as well as on Bell Choir Coast.

I was invited to see her play live again this week – not in New York this time, but in Paris where she played a show last night for Festival les Adventuriers with Frieda Hyvonen. Sadly, I just couldn’t get away, even for the day but I think the spring would be a good time to check out some live music in Paris.

Treat yourself to more of Sydney’s music at

With 11 albums out on Jamendo he is certainly prolific, if not self-indulgently informative. Let the music do the talking eh?

Back From The Dead – Very Americans (Harrisburg, PA, USA)

The members’ previous bands all have a history of releasing records on prominent labels, touring nationally and internationally, and have had the chance to share the stage with many influential bands in the hardcore and punk community.

The “Back From The Dead 7 Inch” is the band’s first release and is being released digitally, and on limited edition, hand numbered, white vinyl on Ship Out Recordings. While only two songs, the 7 inch showcases the melodic nature and maturity that is present in the bands’ writing.

Find their music for free and legal download at Jamendo.

I love The Way You Steal A Deal – Santah ((Chicago, IL, USA)

The Chicago bred quintet coincidentally have collection of five gorgeous tracks on their newest EP, You’re Still A Lover.

Full of soaring choruses and introspective lyricism. All while maintaining the sincerity and charm that have endeared the likes of Impose, MTV Hive and PASTE who noted, “You’re Still A Lover moulds into a dreamlike stream of consciousness proclaiming hopes for love and happiness.”

Dreamy love songs like “Indigo” and “Teeth” wade into warm waters, showcasing the vocal chemistry between lead singer Stanton McConnell and sister Vivian, now fully acclimated into the group. Sprawling anthems “Springfield,” “North Coast,” and “I Love the Way You Seal a Deal” balance out the slower tunes.

The show is generally cool for anyone but those with, or surrounded by those with, very sensitive ears. I keep the “naughty” words to a minimum, and don’t use them myself in the show, but an occasional one may well slip through in a song or an interview, because that’s how people talk sometimes and I assume that my audience is grown up and smart enough to realise that and not to get all upset.

My passion for creating music was born sometime around 1999/2000, when I discovered with joy (!) Software “Music” on the Playstation which allowed me to assimilate the basics first. Therefore, you can not stop! I then found the “weapons” more powerful PC to operate up the composition.

Five to six years later, I go out on a debut album jamendo.fr free music platform. The album name is “Mysterious Sounds”, released in 2006.

And in 2010, the third album entitled “Sensation” was released.

Here’s a total treat for you, perhaps when you’re just about at the point of gagging on the saccharine diet of sickly sentimentality that oozes from the imagination deficient mainstream media outlets (or should that be orifices) at this time of year.

In fact, I’d suggest that you stop the show now and hold this final track back as your emergency escape solution.

The track comes from Blu Acid whose track Yes Ma’am we heard last week. This is altogether darker and more blues-based, there is some fine playing and, if you get your dream present of a cowbell this year, there’s even something to play along with.

Blu Acid started simmering in 2010 when a college-drop-out DJ and computer geek and an old bluesman met while both of them were staying at the Fairhaven Homeless Center in Monroe, Louisiana. They started to jam, write and arrange music, letting their own instincts — and the spirits — lead them.

Deep in the Center’s basement they found an old four-track tape recorder and in early 2011 they started to record their sessions. They send out a few demos and caught the attention of a local label, Deaf Dog Records in Shreveport, Louisiana, which pricked up its ears at the moaning, crying, shuffling, throbbing, soaring sound of their funky recordings.

This is almost certainly going to be the final Suffolk n Cool of 2012 because I’m at the point where I just have to take a short break from something I truly love doing in order to cope with a few other things that I have to take care of and the next couple of weeks, while we’re all busy. This seems like as good a time as any. I’m planning to be back on Jan 2 so that’ll just be the one week missed.