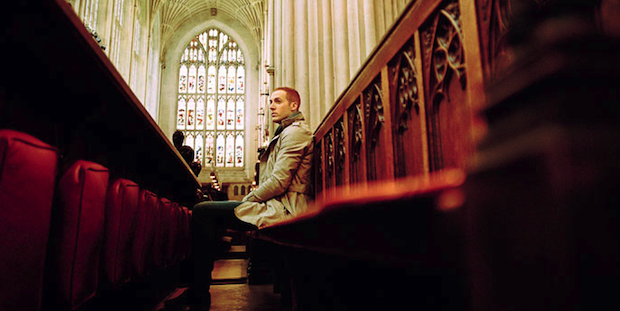 For the first time in a very long time, NO tracks from Brooklyn nor even anywhere else in New York. Eight cracking tracks though from Spain, London, Virginia, Australia, Canada, LA and Mexico.

You’ll get the tracks at a bit of a canter since I’m getting close to the upload limit on the servers at Libsyn and I’ve got another Session at the Barn to fit in this week, from The Argonauts.

Keep an eye on the SnC site, iTunes or your podcatcher of choice.

A cracking fusion/rock/ska band from Spain.

They still have a MySpace page but haven’t logged in since may 2010 and their website goes nowhere. Sadly, it all points in one direction.

However, due to the wonders in the intertubes, their music is still as available and fresh as the day it was …

Thomas Allan is a 20 year old, half British and half German singer-songwriter.

His album “Commercial B-Sides” was recorded in his cellar. Thomas had various sessions in many professional studios but the producers were not able to capture the rough energy of his songs. Therefore Thomas decided to record, produce and mix his songs himself in his cellar, which gave the tracks this raw and authentic feeling!

So look forward to some hand made music!

Thomas’ tracks have been broadcasted on BBC-Radio, where he was called “the new Billy Bragg”.

On the heels of the Cooper’s Dream EP, Suburban Living unveil the Eyes Wide Shut inspired video for latest single, “I Don’t Fit In.” A dreamy, synth heavy jam drizzled in reverb and lauded by Consequence of Sound as a “summer anthem,” the video tackles the issue of isolation via the lens of scantily clad models in masks, cross dressing and pink lipstick.

The moniker of barely legal, Norfolk Virginia native, Wesley Bunch, Suburban Living has even drawn comparisons to the patron saint of pop despair, Moz, himself with yvynyl declaring he, “puts a cheery mod sound on a dire outsider’s lament that Morrissey could be proud of.”

The video premiered yesterday via Prefix Magazine and Suburban Living embark on a mini east coast run in October before CMJ with dates opening for Ra Ra Riot, Mac DeMarco and more.

Samuel was introduced to music at a young age. He discovered the merits of modern music through MTV/ MuchMusic and classic rock through his father. In his teens, artists like Nirvana taught him you didn’t have to be a rock star to write rock music. By 16 Samuel was playing all-ages shows, like Halifax’s Cafe Ole, where he spent almost every Friday and Saturday night for over a year, regardless of who was playing.

Samuel began his recording career in the Halifax band Slight Return (whose debut was released on Quebec’s Matlock Records). Over the years he crossed paths with the Juno Award-winning Wintersleep, and he first joined their side-project Contrived for their second full-length record Dead Air Verbatim and the subsequent Blank Blank Blank album before joined Wintersleep full time.

This track has just been covered by Ellie Goulding. That won’t do his career any harm eh?

The accomplished and revered Lili Haydn is gearing up for her fourth studio album, I am a Man, due for release early 2013.  Already gaining the respect of industry heavy hitters & tastemakers including Linda Perry, and George Clinton, I Am a Man is guaranteed to not disappoint with it’s quirky pop hooks, raw grooves and honest incisive lyrics. “Tyrant”, the first single from the upcoming album highlights Lili’s soulful and melodic talent, in addition to her passion for social justice.

Both as a solo artist and in her legendary collaborations (Roger Waters, Herbie Hancock, Page and Plant), Lili has toured the world and her records have been celebrated by NPR, The Tonight Show with Jay Leno and audiences worldwide. In addition, she is the featured voice and violin on several films with Hans Zimmer (Pirates of the Caribbean 3 & 4), among many others.  Lili is also a film composer in her own right, with six feature films to her scoring credit.

There is a staggering level of musical communication nearly hard-wired into the band members’ genes. ELAN has played together since they were children. Guitarist Mauricio “El Pato” López has collaborated with the DeFans since their early teens, while bassist Carlos “Charlie” Padilla Maqueo was in the first jam band with Jan Carlo at 11 years of age, and drummer Michel “Cheech” Bitar DeFan is a cousin. They have been best friends for nearly two decades and have played together for just as long. Jan Carlo shares,

“We’ve really hit the point we’re at because of the constant touring we’ve done together over the past 15 years. We’re really a live band, and we’ve developed our sound by playing anywhere we could.”