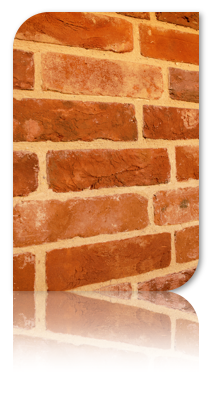 This week marks the conclusion of a project I’ve been working on at home here for the past year. A somewhat confused and frail older relative faced the prospect of being shipped out into a care home or staying on in her own home 80 miles away. Consequently we did the daft thing and set about building her a small home at the back of the house (just over the pond from the Barn). It has been a long process, inevitably delayed by the serious illness of my builder and good friend Roy Evans.

At last everything is coming together and her furniture arrives tomorrow. I’ll not bore you with pictures of the building but here’s a bit of it; Suffolk Red bricks and lime mortar. Handsome, though I say it myself!

Jeremy and I spent some of the afternoon photographing beer for a local project – what do you know, we couldn’t get it back into the bottles. C’mon, someone’s got to do it.

Formerly known as Tanglewood, the reformed entity now known as Vintage Blue have followed up their 2010 debut recording, the seven-track California Road, with their first true full-length, Strike The Mics, which finds the band tighter, leaner and more focused on contributing to the Great American Songbook than ever before. The change in name comes at a perfect time for the group, who have only recently evolved into the cohesive unit heard on Strike The Mics.

Vintage Blue—which includes Bassett, singer/guitarist Ryan Tibbs, drummer Will Crowden, bassist Cesar Corral, and saxophonist/keyboardist Matt Zimmerman—formed as the band Tanglewood in Chicago several years ago, first as a cover band playing the local circuit. (Crowden, interestingly, is the grandson of the founder and former owner of Ludwig Drums.)

Siôn Russell Jones is a singer/songwriter from Cardiff, Wales – he has a unique and infectious vocal backed up by intricate guitar melodies and cracking choruses. In October 2010, Siôn released his debut album And Suddenly via Still Small Voice Music, which he recorded during his final year at The Atrium School of Creative & Cultural Industries.

2011 proved to be a great year for Siôn… he has been gigging relentlessly on the singer/songwriter circuit and has played many UK Festivals including, The Hay Philosophy Festival, The Acoustic Festival Of Britain, Festival Of The Celts and The Greenman Festival.

Teeth & Tongue is New Zealand born, Melbourne based musician Jess Cornelius. What a great silky voice, now recovering from SXSW where Jess played the great Aussie BBQ at Maggie May’s. Come to think of it, if the stage was downwind, the voice probably isn’t that silky anymore.

After several years performing in rock bands––including Australian Music Week showcase winners Moscow Schoolboy––making a racket and trailing her lipstick-smeared microphone cord across bar-room tables, Jess got her hands on a couple of un-loved drum machines and decided her true path lay in a subtler territory.

Released through Jamendo just last week, this is from Fresh Body Shop’s 11th album on Jamendo. Pedro Rousseau writes everything and you can listen/download his entire back catalogue at

I saw that Will’s video for Cog in the Machine (yes, I’ve played it on the show) has been nominated the IMAs (Independent Music Awards) in the short form video category – and deservedly so too.

OK, so it’s dead nerdy but I wonder if he literally learnt the song backwards. Find out more here: www.independentmusicawards.com/ima/artist/Will-Knox

Sydney’s album Bell Choir Coast is released today after two years in the making, so that’s the perfect excuse to play another track.

You may call it co-incidence but she won Adnams Artist of the Month for November and tonight she is making her US national TV debut on Last Call with Carson Daly.

Gonna Be Sick – The Do (Paris, France)

Nothing seems straightforward in this unique band’s history. When meeting French composer/producer Dan Levy in 2005, the French/Finnish vocalist/guitarist had found a partner to score films and dance performances with. Little chance they would have expected their debut album, A Mouthful, to become the first English-speaking record to top the charts in that country. While three years is not exactly overnight, the duo struck a chord with their irresistible pop songs informed from such wide-ranging influences as Björk, Bela Bartok and Finnish choral music.

The duo’s cross-disciplinary past immediately surfaces in “Gonna Be Sick!,” which Merilahti wrote in an attempt to translate the physicality of a visceral experience. The slick drum beat and buoyant bass line offer lightness against the subject’s headiness: losing someone, either in a love story or more dramatically, in death. The neurological consequences of sadness and confusion manifest physically, and like a powerful blues number, tragedy is circumvented through the triumph of music. It’s also a damn catchy pop song.

Do check out their website. I played Slippery Slope a few weeks back but there is a studio version on video which just blew me away earlier this evening. Find it on their site.

Here’s a live  session video from Studio Pigalle in Paris. This is a real treat.

It has been quite a while since Grace released a new album. You may remember my lamenting that fact back in show 291 last September.

Well, it seems that co-incidence has been at work again and I had a really nice email from Grace last week to say,

“ … thanking you with all my heart for your support, which enabled me to buy some music instruments. So I dedicate my new album especially to you. Thanks you again and a nice spring to you,

Smiles is from her very new Jamendo album Valhalla Rising

It is such a relief to know that she is going strong. You’ll find all of Grace’s music on Jamendo at www.jamendo.com/en/artist/grace.valhalla

Matt Andersen plays the New Crawdaddy Club at Billericay in Essex on Thursday 29th (tomorrow) if you possibly can, get there.www.newcrawdaddyclub.co.uk

45% discounts on badges for CMJ in October, but only until Midnight on Monday