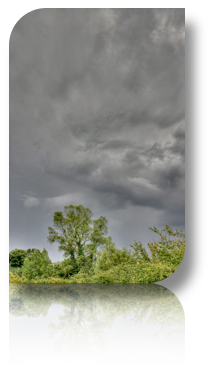 Another very varied selection for you from around the world of independent music for you. We’ve artists from Tennessee, California, Saskatchewan, New York and Minneapolis over there and from Paris and Barcelona over here.

We’ve also got news of a fabulous radio programme broadcast this week by the BBC about my old workplace, Island Studios in Basing Street, London.

Oh, and there’s now  another rather effective way to listen to the show when you’re on the go.

I’m sure there must be listeners somewhere around the world who are in real need of rain. After the very dry spring here in Suffolk, we have had plenty of rain over the past few weeks, thank you. No really, that’s enough, perhaps you could move on now and take your clouds with you? Thanks.

We heard from Hudson K a couple of weeks ago in 279. They’re back with a deliciously theatrical track.

Hudson K is the brainchild of singer/songwriter Christina Horn. Combining influences that span decades, Christina’s work dwells in the abstract, emerging in timeless forms. Drawing her inspiration from other such artists as Tori Amos and Tom Waits, Hudson K has crafted their own unique sound of avant-garde and pop fusion. Incredibly photogenic and fashion-minded, Horn is a glamorous figure for the alternative music realm; a seeming star-in-waiting, successor to that mystical/sexual rock-heroine crown.

The New York-born Horn pulls from her music school education and her experience producing scores when it comes to writing songs. Her songs are literary, evocative, and complicated; their dramatic ebb and flow is wildly varied, but a smooth and cohesive ride through and through. All told, you could listen to this one for years and never get sick of it; like your favorite book or movie, you’ll always find something new whenever you come back.

Some Kind of Cure showcases Berkeley’s melodic and lyrical gifts, but the album is held together by his unique, expressive voice. “I was singing almost before I could speak,” he says. “I’m more natural singing than I am doing anything else.” His ease is apparent as his vocals glide from a warm, high baritone to a rich full tenor, sometimes slipping into an aching falsetto. “It may be pop music, but my goal is to be open and honest. I’m not afraid to show fear and weakness. I want my songs to convey hope without denying the hard times we all face.”

Along with the album, Berkeley also wrote an accompanying book of short stories (one for each song on the album) entitled, 140 Goats and a Guitar, the Stories behind Some Kind of Cure; all while living for a year in a remote 35-person mountain village on the Mediterranean island of Corsica.

By way of massive contrast, Berkeley’s songs are being remixed by some of the world’s biggest DJs.  Tiesto has remixed his tracks, Paul Oakenfeld is mashing him up and Armin van Buuren has been playing a Steve Brian remix of “Fire Sign” to millions of people on his international radio show and during performances.   Armin said, “Steve’s crisp, lush production and David Berkeley’s outstanding vocals are a match made in heaven – and the track made famous by the likes of the hit TV show ‘Without A Trace’ is now ready to destroy dancefloors across the world.”

SnC is now available streamed to your phone.

Stitcher is a relatively new service which makes light of finding and listening to podcasts and live radio.

You can even create your own station by pulling together latest editions of all your favourite shows.

Just register at stitcher.com, download the free Android, iPhone Blackberry or Palm app then search for Suffolk – that’ll find us. Listen anywhere, anytime using wi-fi or your phone network (charges may apply). Save SnC as a favourite then it will be there ready for you next time you need an earful of fresh air.

The seven-piece indie-pop outfit Library Voices will be making the trek from Regina, Saskatchewan to New York this July to play two shows in the heart of the Big Apple. Since forming in 2008, they’ve performed well over 200 shows and caught the eye of some of the biggest tastemakers in the industry including Brooklyn Vegan, Spin Magazine, and The New Yorker. They are excited to once again bring their “note-perfect performances” (Exclaim.ca) to the States promoting their 7-inch Generation Handclap.

His sound is so wide-ranging that he has found himself touring with many notable acts of differing genres, including dubstep producer James Blake, dreamy synth-pop of School of Seven Bells, and the indie-rock bands White Lies and White Rabbits.

Nothing quite prepares you for the leap that Pat has taken with his debut album, You Are All I See, out on August 23rd via Vagrant records. Recently, he has expanded his sonic ambitions and turned the studio into an instrument for a record that sounds cosmically huge and yet intimate all the same.

The online singles include 10 never-before-released tracks from top artists plucked from the worlds of indie rock, metal, rap, pop and more. A new single from the program will debut each week as an exclusive download for 10 consecutive weeks. Did we mention they’re free?

Kicking off June 6 at www.adultswim.com/singles and running until August 21, the program features tracks from an impressive, and certainly diverse, collection of artists

Born Michael Millis on September 15, 1982, Pepaseed was raised in May Pen, in Clarendon, Jamaica. He moved to Kingston when he was eight years old to be with his devout Christian grandmother. Through out Pepaseed’s tumultuous childhood he moved all over Jamaica, living with various family members for short periods at a time.

Emerging in 2003, the enormously prolific Pepaseed became one of the leaders of the conscious dancehall movement. Along with Buju Banton and Capleton, he helped lead dancehall back to the musical and spiritual influence of its reggae roots. Pepaseed favored organic productions and Rastafarian subject matter over the trendy Americanized reggae.

A fine programme yesterday about the Island recording studios in Basing Street, off Portobello Road in London. Island founder Chris Blackwell made a significant contribution to the Making Tracks programme along with Trevor Horn who bought the studio from CB after Island moved to Chiswick.

The programme is available on the iPlayer but only for a short while.

It’s been a while since we had a song from Luthea Salom on the show. This delightful track is available for free download from Luthea’s Facebook page in July but do check out all the music there.

Luthea is a multi-cultured & bilingual singer/songwriter originally from Spain and Canada based in New York City. She’s steadily emerging in the international music market…

Her new album “Kick In The Head” was recorded in Barcelona and mixed by Chris Badami in the USA.

Luthea lives in New York City, when she’s not touring or promoting in Europe…. and she is a well known fixture in the downtown club scene, performing in many hot spots around the city.

Charles Pasi’s album “Uncaged” is available digitally and he is playing shows all over France during the summer.

Since her arrival in Minneapolis during the fall of 2006 as an 18-year-old, singer/songwriter, Caroline Smith has become a celebrated part of the Midwest artist community.

Her career began as a solo artist with a residency at Minneapolis’ 400 Bar, a once reputable venue pivotal in shaping the careers of Elliott Smith, Conor Oberst, and local hero, Mason Jennings who less than a decade before began his own career with the same residency. Here she developed an independent sound which continues to be characterized by simple chord structures supporting sweet pop vocal melodies. Most recognizable in her music and the defining quality to her success is her alto singing voice quivering through vibrato, classic and controlled with the presence of Billie Holiday, Leslie Feist, and Joanna Newsom.

Most recently, Caroline Smith and company have completed tracking a new full length at the Terrarium in Minneapolis with Jason Orris (Polara, Happy Apple, Haley Bonar) and the songs are currently being mixed with Tom Herbers (Low, Dark Dark Dark, Andrew Bird). Little Wind expands upon Backyard Tent Set’s story-telling whimsy, but shifts its foundation from the simplicities of folk to greater nuances of musical arrangement and soundscape rooted in modern indie rock. Loyal to the heart of Smith’s sound, Caroline’s unforgettable and endearing pop melodies remain the proudest strength of the record. Release is set for September 20th. I’ve had a listen to the album and it really is rather good. A little like SnC favourites Shayna Zaid and the Catch.