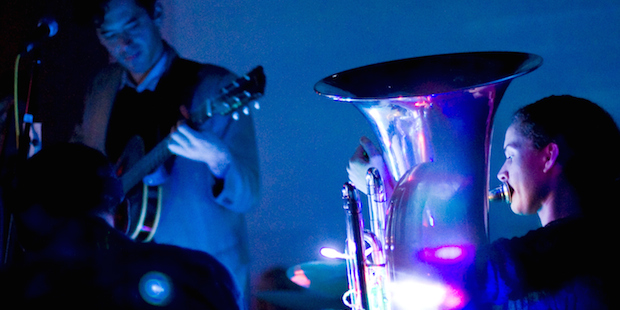 Brass makes itself heard on this week’s show, not least by Kotorino.

We’ve a somewhat brassy theme to this week’s selection of new music from around the world with horn-infested tracks from The Wet Secrets, Kotorino and Sonic Ahmed.

Formed on a dare by Lyle Bell, Trevor Anderson and Kim Rackel, the bass and horn heavy quintet burst onto the scene with 2006’s A Whale of a Cow CD. Written and recorded within one week of the band’s formation, it was a clarion call to anyone within earshot that The Wet Secrets had arrived.

Free Candy marks a dramatic leap forward for the band in both songwriting and attitude. With the addition of local psych-pop wizard Paul Arnusch (Faunts/Whitsundays) and wunderkind Emma Frazier, The Wet Secrets have returned determined to seize the brass ring and stomp the world in the face/balls. (Figuratively/literally). This new resolve now comes with a more pensive pen, eschewing tongue-in-cheek ribaldry for a well conceived quasi-concept album about death, disappointment, and doin’ it. Material with more gravitas perhaps, but still smartly dressed in the frantic pop trappings of The Wet Secrets.

They will be at The Great Escape:

Lovely sounds and slyly tongue-in-cheek lyrics from Frugal Father, the alias of Yosemite, California native Mac Welch, who does not have kids. Red Headed Hipster, the first single from the new EP, was written from the perspective of his college roommates. As Welch puts it “I’d be lying if I told you a majority of the song wasn’t produced and written during some of my housemates’ biggest parties.”

Previously of LA dream pop band StaG, Welch wrote the majority of his 7-song EP while working as a roadie, recording in the tour van between driving duties, and singing in empty hotel rooms across 9 different countries in the span of roughly 6 months.

Frugal Father’s initial output has been described as “lost somewhere between the confessional baritone of Matt Berninger’s work with the National and the glittering sonics of an LCD Soundsystem record” with a “charming mixture of lyrical hedonism and nihilism.” He has recently signed with the HUG Records imprint for the release of his debut “All You Get” EP, is available now at whatever price you’d like to pay at  https://hugrecords.bandcamp.com/album/all-you-get-ep

Jeff Morris left the loud rock bands he was in to make more sociable music, music influenced by the many cultures of his beloved New York City. After many Craigslist posts, and calls to friends and family, Kotorino began to take shape into one of the city’s premier “parlor-rock” outfits.

The makeup of the band varies from gig to gig, and as many as ten musicians and friends play with the band at any given point. That flexibility is a mark of Kotorino, who pick and choose elements from multiple genres.

There is a fabulous set of photos of Kotorino at The Studio at Webster Hall taken by Luis Ruiz which really capture the vibe of a live performance.

“Amongst cabaret, “parlor-rock” bands Kotorino is that shadowed figure in the corner that creates a magnetic allure with just the exhale of a cigarettes smoke or the twirl of a glass. Plus, they are simply gorgeous to hear, quirky with a ravenous appetite for varied instrumentation: guitar and violins, tubas to clarinets, with pianos and pump-organs aside the banjo or accordion, a musical saw making a stark and fleeting appearance, waltzes standing elegantly aside seductive southern twangs.” – Critical Mob

Over the next week or so they are playing darts on the west coast: 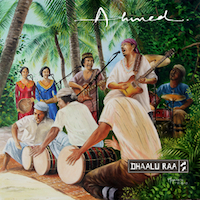 Sonic Ahmed works straight out of his heart. He performs in different bands like “A Glezele Vayn” (www.glezele.de), recently playing more clarinet than anything else and dedicating himself to klezmer and balkan music.

The next Duo “Fischerinde” (www.fischerinde.de) does improvised music while meditating with the audience. Very deep experience and nice, nice music!

The current album “Balkanbräz” is a collection of ideas from the last 3 years, brought into songs that transport the feeling of Eastern Europe music.

It is sounding oriental: the Ahmed in me is getting sonic!

Soon I’ll publish an “eleavtor-music” collection of my songs from the last 10 years. 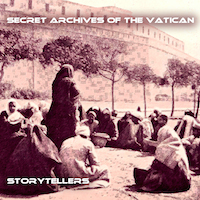 Halls of The Valar – Secret Archives of The Vatican (London, UK)

Secret Archives of the Vatican are a collective of musicians, based across the UK, but with main recording facilities in Croydon, South London. The band was formed in 1988 by Vince Millett, who was joined in the early 1990s by Louis Counter. They were influenced by the clubs of the Asian Underground scene and also by artists such as Transglobal Underground and Bill Laswell. The third core band member is Peter Sharpe, specialising in UK roots dub reggae. Ginger Shinobi has at various times been the band’s manager and on-stage DJ.

The band’s music is usually described as Transglobal Breakbeat Dub Science, as it contains elements of many genres: breakbeat, dub, dubstep, drumstep, triphop, drum and bass, Indian, Arabian and Turkish musical forms and much more.

Control You – Vire (Toronto, ON, Canada)

Dystopian dance music on the verge of eroding into digital noise, also known as VIRE. Now imagine this chaos coming from a single musician, a live drummer playing all the beats and triggering all the samples in real time, surrounded by sweaty moving bodies. Long live the new flesh.

Do take a look at the video for the track in the show notes – it kind of explains how it’s performed. 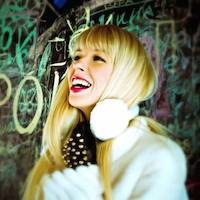 Once in a while the show gets submissions from students and once in a rather longer while I’m hooked by a sound, a song or a voice.

Taliia is in London, studying at the British Academy of New Music and putting a band together.

“My songs can be described as a combination of exceptional lyrics, sexy rap and cosmic electro pop.”

Hear more of her music at: