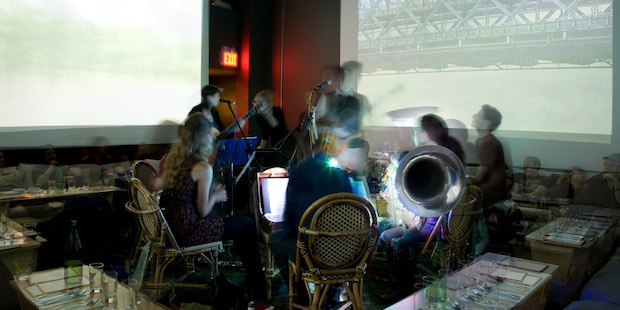 A good showing from Brooklyn this week along with Italy, Cambridge, here in the UK, Santa Fe, Argentina and Nashville gaining a decent toe hold.

We’ve got new about the UK’s most important festival of independent music and I’ll be pointing you to a mainstream radio programme I think you’ll find to be of interest.

Nashville’s premier pop/rock outfit, The CO, brings honesty, passion, hope, and inspiration to a mainstream audience. In a landscape where popular music is largely marginalized to songs about love won and lost, or only appropriate in a dance club or Zumba class, The CO hits hard and cuts right to the heart with music that matters.

The core of the band consists of the soaring lead vocals of Collin Brace, the melodic keys and plaintive counter harmonies of writing partner Troy Akers, and the passionate programming and anthemic drumming of Nate Fleming. With an epic and powerful live show combining elements of programing, with lush, organic orchestrations, The CO is at the forefront of the “new Nashville” sound. Their mission as a band and as individuals is to uplift each other and themselves with music that speaks to authentic emotions in an upside down world.

Their fan-base, having affectionately dubbed themselves as “COhorts,” spreads out all over the world with strongholds in Europe, Australia, and beyond. With Youtube videos garnering views in the millions and dozens of songs featured in TV, film, and advertising, the band’s reach is growing exponentially day by day as fans connect with music that asks them to reach inside themselves while reaching out to the world around them, even in the most difficult times.

In short, the music of The CO isn’t what you listen to when you’re sipping champagne at the top of the Empire State building; it’s the music that gets you there.

It’s said that music brings people together, and in the case of honeybird & the birdies this couldn’t more true. The Italian based psych-funk trio got their start in early 2007 when a friend of Paola “P-Birdie” Mirabella (drums) introduced her to Monique “honeybird” Mizrahi (lead vocals, charango). They knew instantly that there was an artistic connection and shortly after began making music together. The good vibes continued to flourish and the group found their third member Federico “walkietalkiebird” Camici (bass).

Their songwriting utilizes the verbalization of language as a tool and combines English, Japanese, Macedonian, Swedish, Arabic, Hebrew, Italian, Spanish, French, Portuguese,German,and a variety of different dialects throughout their music. The entire trio sings and creates wildly entertaining choreographies that accompany their music. Their music merges world music energies with the playfulness of indie-folk, the angst of punk,the tropicalia of Brazil,and the enthusiasm of psychedelic-rock

In early 2002 Monique moved from Los Angeles to Italy, began writing music and in the midst of her writing the nickname “honeybird” was born.

The group’s latest album You Should Reproduce was released on October 24th 2012 on Trovarobato Records.

For the 9th year running TGE will be opening the UK festival season, showcasing 400 of the best emerging international artists in Brighton.

JAAKKO EINO KALEVI, SATELLITE STORIES, SIN COS TAN and THE SCENES will be playing as part of the lead International partnership with Music Finland, who will present a standalone showcase at this year’s festival.

Last chances to buy early bird tickets at £45 for the three days. 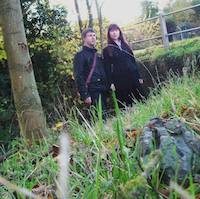 Sound Menagerie is an ongoing band/project from Cambridge UK. The present line up is:

In 2011 they issued their ‘Far Or Through’ album.This was followed later in the year by ‘The Silver Tree’ single.

In 2012 Sound Menagerie contributed a music list for a book ‘Music for the End of the World’ by Michael Linford.

They are currently working on new material and have just completed two new songs ‘Stay With Me’ and ‘Watermark’. Both songs feature drums by Andy Ramsay (Stereolab/Europa 51) and keyboards and piano by Joe Watson (Stereolab/Junior Electronics). ‘Watermark’ also features a lead guitar solo by Rowan Robertson (Dio/DC4/Vast/AMRadio/Billy Ray Cyrus). Both songs were recorded at Press Play Studio in London.

This is the title track on Sweet Soubrette’s third full-length album, Burning City, which certainly delivers on the promise of the What’s My Desire EP, showing off the band’s lush, rich arrangements of strings, horns, bass, drums, piano, and harmonies.

We heard Rock, Paper Scissors, also from the album, a few weeks ago. Each of the album’s ten tracks were inspired by source material as varied as troubled love, works of literature, extreme weather events, and the promise of new romance, and they range from dark to transcendent, playful to spellbinding. Burning City’s strong songwriting and powerful execution make this album Sweet Soubrette’s best work to date.

There’s innovative touch to the stage performance of the song on the video.

That Was Just The Sauce Talking – Jitterbug Vipers (Austin, Texas)

Another track from their excellent Phoebe’s Dream album.

They are well and truly back in Austin now with a steady stream of dates coming up in and around that proudly weird city.

Fun video for the track.

Vipers on  NPR this week

The Vipers feature on NPR’s Song Travels with Michael Feinstein this week. It’s a 1 hour program about the band on NPR in the states!  It will air all week at different times on each NPR station. Check your local NPR station’s schedule. It will be available on the Song Travels web page as well some time later this week at www.npr.org/series/150560513/song-travels

What is this thing – Kotorino (Brooklyn, NY, USA)

Jeff Morris left the loud rock bands he was in to make more sociable music, music influenced by the many cultures of his beloved New York City. After many Craigslist posts, and calls to friends and family, Kotorino began to take shape into one of the city’s premier “parlor-rock” outfits.

Since their formation 20 years ago in the city of Santa Fe, Argentina, Butumbaba they’ve been on an experimental journey around the worlds of ska and reggae.

Over the years their line-up has changed as their music has evolved to it’s present state. These days they are presenting the likes of ska, reggae, rocksteady, 2 tone, punk, jazz , raggamuffin and dub alongside diverse Latin rhythms which lend them a fascinating personal flavour.

They wrote this week to say that they are recording a new album.