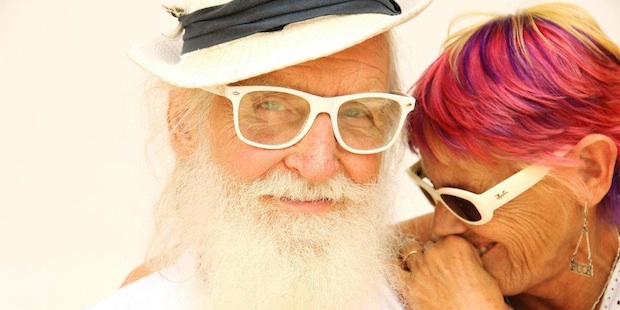 With tracks from New Orleans to Margate this week you can just tell it’s going to be an interesting mix.

Jitterbug Vipers have to be the quirky find of the week although there’s also fascinating music from Jadea Kelly, Little Suns, Funke and The Two Tone Baby, Professor Kliq and Spanish artist Johann Music. To start us up though, fresh in from New Orleans it’s The Revivalists with some superb drum sounds and an idiosyncratic approach to mashing up the genres.

The formation of The Revivalists was all about chance, but everything since then has been a combination of hard work, awesome music, and friendship.  The septet has been playing nonstop since 2007, crafting a genre-hopping sound that rounds out traditional rock instrumentation with horns and pedal steel guitar and mixes the divergent backgrounds of its individual members with the humid, funky undercurrents of the band’s New Orleans home.  The result is like English spoken with an exotic accent: familiar, yet difficult to pin down.

True to their name, The Revivalists lean more heavily on the older styles and warmer sounds of the golden age of rock ‘n roll, but the band isn’t afraid to dabble in electronics and sleight-of-studio when it’s right for the song.

They’ve got a string of dates all over the south this month and are venturing up to Brooklyn Bowl in NYC on November 22. That feels like just the right venue so catch them if you can.

Now You See Me – Funke and The Two Tone Baby (Margate, Kent, UK)

After a busy summer of touring and countless festival dates, Dan is moving back indoors with a bunch of pub and club dates through the month of October.

Another track of his excellent Battles album to follow on from his live session, recorded here at the barn back in May and posted for your listening delight as SnC 374.

Do catch him live if you have half a chance. His show is quite something.

Take a look at the gloriously creative videos on his site.

After a three year break from recording, and an awful lot of touring, Clover was recorded at the Woodshed Studio in Toronto and produced by Stew Crookes, known for his work with Hawksley Workman, Doug Paisley and One Hundred Dollars – and tracked in analog to 2 inch tape.

“For a majority of the band – including myself – this was the first time in our recording history that we had tracked without the trance of a glowing computer screen” says Jadea. “Instead of judging a song based on how it appears and physically looks on screen, we closed our eyes and chose a take on how it felt”.

Inspired and named after her grandfather’s farm in rural Ontario, Clover touches on the interconnected relationship between farming and working as a musician – and her hope to have a life in music. Although raised in suburban Whitby Ontario, the Kelly family have worked and sacrificed on this land for three generations – and it is on this farm that Jadea composed the majority of Clover. “Much like farming, working as a touring musician offers little financial reward – nor does it provide a guaranteed retirement. Despite this, I am fully dedicated. It is my passion and it is stitched into the very fabric of my being. Whether performing in a large hall or sewing a field with seeds, both professions are a calling and a require love of land and love of art”.

Here’s a recording of her playing Lone Wolf live at Humber Cinemas in Toronto. She’s currently out touring with dates in Montreal tonight, then a bunch of dates in British Columbia and Alberta through the rest of the month.

Little Sun draws influences from folk music from every corner of the world which is then filtered through each band member’s respective qualities and style giving listeners a western pop audio experience. Effortlessly laced with heavy eastern European influence after John Aaron Cockburn and Robin Meyer-MacLeod ventured off to Romania and Hungary it was there with instruments strapped to their backs that a new sound was created. This musical pilgrimage gave Normal Human Feelings its authentic reverberation.

“Being immersed in the culture I was trying to emulate at the time, it gave more realism to and authenticity (to the sound) of what I was trying to create. In general, travel helped expand my worldview,” says John Aaron Cockburn on the musical journey that brought him back to his roots in turn giving life to the Eastern Europe influence that achieves a universal resonance.

Over the course of a year, producer Leon Taheny tweaked the fusion of sounds to make a cohesive arrangement of songs which are currently available as a free download on NoiseTrade.

The Jitterbug Vipers specialize in a beloved cult jazz offshoot called “viper jazz,” a screeching U-Turn back to the party where jazz music packed the dance floor and dazzled the audience with brilliant streams of improvisatory musicianship.

The four piece’s distinct variety of this smoking intoxicant is known as “swingadelic” for its panoramic aesthetic sprawl. Fusing an authentic command of every era of American roots music with wry wordplay and freewheeling hippie ethos, the Jitterbug Vipers energize and vibrantly reimagine a movement in music long shackled in by nostalgia and overly reverent revivalism.

Francie is also known for playing with her back to the audience, snuggled close to her acoustic bass, enveloped in a sonic stratosphere of groove. It’s a stage visage drummer Masumi Jones has called “Ass To The People.” That motto has become a rallying cry for the group and a popular bumper sticker around Austin.

Raised in the west suburbs of Chicago, Professor Kliq (Mike Else) underwent a lengthy and profound evolution both musically and mentally. With a variety of names, (Sharp Harpsichord, Quaziteque, Kid Kranium, Professor K), he explored any kind of electronic music he developed an affinity for. With influences ranging from different trip-hop DJ’s like Krush, Shadow and Cam to more experimental and noise-based artists like Aphex Twin and Squarepusher, he combines these modern elements with those he learned from music theory and his upbringing on jazz as well as 80’s pop and electronic music.

Music has always been in his blood: His grandfather, Sir John, a vibraphone and piano player that played with names like Gene Krupa and Tony Bennett, and his uncle, John Jeffrey, jobbing pianist and bass player, doctor of Computer Sciences at Elmhurst college

Professor Kliq has been making music since 1996 with his first Casio keyboard and a tape recorder. Slowly but surely, training himself to play piano by ear and developing full pieces, the dream maintains an everlasting becoming into reality.

Take a look at the video he scored for Sylvia Boomer Yang’s promotional video for Parson’s Design School. This really shows the value of commissioning “music to fit”.

Loads more music via his site.

I can’t really tell you any more about Johann. ‘Cos I can’t find anything. He has a website but it is, sadly one of those free sites that really don’t work too well, but there’s a rather sweet video and some Soundcloud tracks to play

His music is available on Jamendo, which is the bit that really matters.