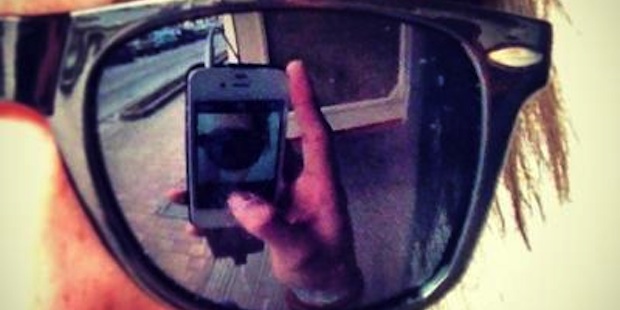 It actually got light for an hour or two today in the middle of what is laughingly called summer here in the northern hemisphere so this week we have a couple of thoroughly summery tunes. Well, if we can’t have the weather we can at least have the music.

EXPLICIT Just a warning that one of the tracks this week contains that old “F word” so if you need to be careful about playing the show out loud among the easily offended, Boys Like You by 360 is the one to watch. It comes right after the Old Time Machine track.

While their debut LP encompasses a variety of genres, BNLX doesn’t worry about fitting into a certain mould, content to let the music speak for itself. “We’re more melodic than some of our noisier peers, and we’re more aggressive and punk rock than some indie rock bands,” explains the band. “We also mix lo-fi and hi-fi textures in unusual ways. We have a lot of ideas and influences, and we try go wherever our imaginations take us. Worrying too much about genre can be a deterrent to innovation.”

Their self-titled debut LP is available now via Susstones and follows up on the band’s acclaimed (and now very rare!) series of handmade, limited-edition quarterly EP releases. Band members Ed Ackerson (guitar, vocals), Ashley Ackerson (bass, vocals), and David Jarnstrom (drums) went into the renowned Flowers Studio in Minneapolis and banged out this collection of their catchiest, most energetic and mysterious material yet.

Breathlessly clocking in at just under 36 minutes, there’s not a wasted second on the first BNLX full-length ride!

BNLX is a 100% DIY enterprise, writing, arranging, performing and recording everything in the 55408 on its own agenda in the service of the Industry of Human Happiness.

Musically speaking, Electro-Americana may best describe Arthur Lee Land’s eclectic fusion of folk-rock, AfroGrass (worldbeat/bluegrass) and electronica, but cannot fully explain the unique dynamics at work when Arthur enters the studio or takes the stage. The multi-talented performer blends elements from distinctive parts of his career for this recording: his longtime wheelhouse as a touring musician playing folk-rock, country and roots; a world beat/bluegrass hybrid, inspired by a tour of West Africa; and his Art of Live-Looping techniques which have defined his solo live shows since the early 2000s. Then add to this mix – co-producer, engineer and DJ Aaron Shier, who brought in his influences of electronic, house and pop music.

“I really wanted to make something that celebrated the vinyl album format. I mean, my favorite musicians gave me a wonderful gift by creating the albums that I listened to growing up and I wanted to honor them and maybe give back something that would be meaningful to someone else. That has really directed all my decisions in making this album. For example, one thing I did was hook up with Greg Calbi, the mastering engineer who mastered great classic albums (John Lennon, Bob Dylan,The Ramones) and asked him to do mine.

All my life I’ve I loved to stare at the album artwork while listening to those records. I looked through my favorite album covers and was blown away when I discovered they were all done BY THE SAME GUY! So I tracked him down and he agreed to do the artwork for the record. BTW. That’s Storm Thorgerson (Pink Floyd, Led Zeppelin, Peter Gabriel, etc) who died very recently.”

The album was released last Tuesday.

Don’t know his name? You will, as this up and coming artist is positioned to reach the world’s stage in the next few years. Keznamdi’s fate as a musician was inevitable, growing up as the son of parents who are lead singers of the internationally known Reggae group—Chakula. Kez spent his early years touring the world and present while they were recording their 10 albums in the recording studio located in his own home, buried in the lush St. Andrew hills, on the outskirts of Kingston, Jamaica. Keznamdi lived, breathed and slept music. After countless nights falling asleep beside the strum of his father’s guitar, and hanging out backstage with his sisters at Reggae concerts, Kez already knew all the words to his parents’ songs at a very young age, bouncing perfectly on that infectious Reggae beat.

Keznamdi’s debut EP Bridging the Gap was released in March 2013, and he is hard at work on a full-length album that will be released later in the year.

Another track from this deliciously robust and quirky duo from Yukon, Ryan McNally and Kyle Cashen.

Forming in 2009, Ryan McNally and Kyle Cashen came together for an art exhibition.  In a fort made of cardboard boxes, scrap lumber, thrift store sheets and chicken wire, the duo started as the art-show contribution of a bluesman and a bedroom-musician who were tasked to create works representing the long, dark Yukon winter nights.  The duo work together to blend Ryan’s studies of finger style traditional blues, with Kyle’s experience crafting ethereal soundscapes to create familiar, but distinctly original music.  Music that Uptown Magazine claims, “many will soon be familiar with.”

They are in the US right now, part way through a tour that will take them to:

Melbourne native MC 360, aka Matt Cowell, has been building on the hype and goodwill won through his free mixtape series (Please Be Seated 1, Please Be Seated 2 and Stand the F**K Up), 360’s debut LP Falling and Flying storms out of the gate with ferocious energy and assurance, detailing 360’s chase and eventual capture of his dream.

Backing 360’s sharp-tongued narration is a dizzying, kaleidoscopic mash-up of hip-hop flavor, EDM beats, 80s synths and a wicked sense of humor. It’s a snapshot into the mind of an artist unable to consign himself to one genre or movement, and it’s this fiercely independent spirit and encyclopedic musical knowledge that has helped earn 360 massive accolades, for what is essentially just the beginning of his career.

For his proper introduction to American audiences, 360 is set to convert the masses with a slot on the coveted Lollapalooza bill in Chicago (playing on Aug 3). At this year’s SXSW, 360 set the online world ablaze with a very unique performance. After the power failed during his set, instead of walking offstage, 360 decided to freestyle the show, with a random audience  member providing beatbox backing. While it’s this kind of freewheeling spirit and spontaneous energy that characterizes 360’s live show, it also stands as a metaphor for the artist’s commitment to his fans, and his love for his craft and the spirit of hip-hop.

This music is released under a Creative Commons license on Jamendo.

You can distribute it freely, do as many copies as you want (some rights reserved).

If you like it, please help us donating, and tell your friends to visit this site and download the music.”

There’s little I can tell you about SundLy, except that he’s thrilled to be at number 1 on Jamendo and this track transports me to the terrace at Savannah, Ibiza. Ahhh. @savannahibiza