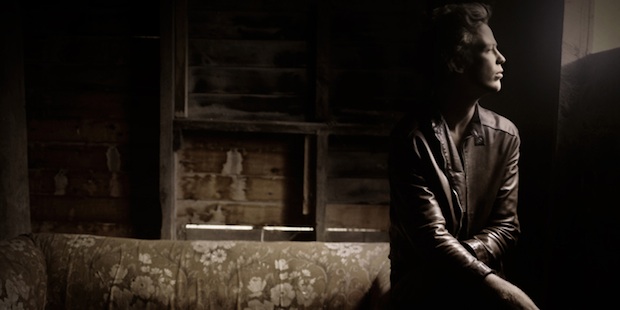 Jack Ladder and The Dreamlanders: dark moody, sparse and yet lush songs to draw you in.

Again, some rather interesting music this week with mostly very new material and an old favourite to close the show.

It’s harvest time here in Suffolk, so the air is regularly filled with dust and the sound of agricultural machinery – sometimes way into the night. It is unfortunate that they seem to harvest when when it is otherwise quiet and, particularly when it is warm and I need the windows and door open at the barn for ventilation.

Oh well, a bit of ambient sound is probably forgivable once in a while eh?

The title track of a remarkably solid album. Eight varied tracks that give you time to really get into them. Sung with a passion against a sometimes industrial backing that is somehow both sparse and lush.

I rather suspect that we’ll be coming back to this album for a while.

Huron River Drive is a track on Shigeto’s debut LP Lineage. In the context of which it has a quite distinctive vibe of its own.

Now the track has been released on a single which also features two remixes and remixes of two other tracks from the original album.

Taken as a whole, the single is an exploration of the possibilities inherent in Shigeto’s sound, and serves as a fine introduction to the work of one of Brooklyn’s more interesting young producers.

The entire collection is available direct from Ghostly International

This is glorious. Gotye has rounded up his favourite covers of “Somebody That I Used To Know” and edited them together – brilliantly.

Kenny Herzog in Spin also has an interesting selection of the six tracks that get stuck in Gotye’s head … and you can see why.

Artyom and Yuriy are from Irkutsk, Siberia, where they were raised and educated in Soviet tradition. Enrolled as children in stern classical music school, they spent many long, dark winters with nothing to do but practice, practice, practice!

The boys have come a long way from the steppes, with a dozen albums over their 20-year career. They’ve toured all over the world, from the trance clubs of Ibiza to NYC’s Lincoln Center. They’ve won many awards, including a coveted Golden Mask (Russia’s Grammy awards), First Place in the Instrumental Category of the 2011 International Songwriting Competition, and “Best New Band” at the Soviet Union National Music Festival in 1986 (their public debut).

What sets them apart? Virtuoso talent performing a unique hybrid of rock & folk, supercharged by a Russian ethnic pulse.

This is the sound of genius, bred and raised in Soviet Siberia, then freed of the Iron Curtain just in the nick of time. Enjoy!

Black Pistol Fire is a Canadian rock and roll duo that splits their time between Toronto, Ontario and Austin, Texas. Their wild and energetic rock and roll sound has been described as a mix of classic southern rock and garage punk, garnering comparisons to early Kings of Leon, Creedence Clearwater Revival, The Black Keys, and Clutch. It’s clear that the band’s sound spans many different eras and sub-genres, relying on a classic rock and roll sound that has been updated for our modern times.

The group features Kevin McKeown on guitar/lead vocals and Eric Owen on drums. The two have been friends since kindergarten and began playing music together in high school, when they discovered a shared passion for rock and roll music. They eventually became the founding members of rock and roll trio The Shenanigans and recorded an LP titled Bombshell Baby. After things with The Shenanigans and Toronto got stale, McKeown and Owen wanted a change of scenery and to try out something new, so they packed up their instruments and headed south. The duo finally settled down in Austin, Texas in 2009 and Black Pistol Fire was born.

The band recorded their second LP in the fall of 2011 with producer Michael Rocha in Toronto. This album, titled Big Beat ’59 was released yesterday via Rifle Bird records.

As a companion piece to the album, the band recently released a five song EP titled Shut-up! A Tribute to Little Richard. The EP is a bit of fun, displaying Black Pistol Fire’s modern and fun blues-rock spin on Little Richard’s signature soul sound.

Glass Vaults are New Zealand natives Richard Larsen and Rowan Pierce. I played their track Crystallise on SnC334 a couple of weeks ago. Having played former chorister Active Child’s track Johnny Belinda last week I thought we’d get a bit of a theme running here with this second track from Glass Vaults. I’m sure that the “vault-like” sound will have been created electronically but it’s always interesting to hear the interaction between a human voice and the space in which it is sounding. This track takes on an almost cathedral style acoustic and the voices play in it.

I’ve played this before but not for just over six years. The glorious Cule Cule Bon Bon with added trombones. Isn’t it just glorious.

They may not be around any more because the site address returns a can’t find the server notice.

You can still get the whole Desde el Fondo album free from Jamendo.

www.kepay.net/ (link not working when I last checked but give it a try)