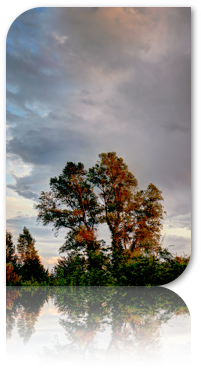 So now its August. Whatever happened to July?

A really pleasing selection of tracks this week including something slightly steamy from the wonderful Marla Mase.

Take a listen and tell me if I should be tagging the show “Explicit” – whatever that means. Do you expect the show to be totally work and family safe or do you expect to hear the odd expletive or sexual reference in the mix from all these young popular music combos with their funny cigarettes, their long hair and their flared trousers? Drop me a comment on Facebook or through the contact page here on the site.

I’d really be interested to know what you think.

It is now available on Amazon.com, CD Baby, iTunes, etc.

Jessica grew up in India, Ethiopia and Oxford in the UK. A classically trained pianist and self-taught guitarist, it’s her voice that continues to silence the room.

She cut her teeth in a local band and played her way solo around London and Sydney. Then little short of a musical explosion followed her first landing in Barcelona. Here she fell in with a crowd of Brazilian musicians, discovered Bossa Nova and lived for more than a year as a singing angel street statue. Later periods in the city were spent wrestling music theory in Catalan and taking local cabarets by storm in an eight-girl country band. Her songwriting is often inspired by her travels, from a tour of Central America and Cuba, where she performed regularly at Havana’s ‘Casa de la Troba’ to a series of concerts in Brazil and Argentina.

Having recently returned to London from Mallorca with a publishing deal in place, she is in the final stages of recording her debut album. She continues to write and perform regularly both solo and with a band.

You’ll know about Ben by now.

After his sensational performances at TGE Codger has been playing him a fair bit and if you want to know more, there is a conversation with him in SnC show 323.

His propensity for hard work is demonstrated in his schedule for the summer and autumn. If you get a chance, do go see what all the fuss is about at:

He also has a Pledge Music campaign on to create a video for the song “Conduit” (which I played on SnC323). If it captures just a fraction of Ben’s imagination, it will be sensational. On the other hand, if the pledges don’t come in during the next 34 days. We’ll never know what he was planning!

Check out more at www.pledgemusic.com/projects/bencaplan

Proponents of experimental pop, megastick fanfare uses a variety of instrumentation, both acoustic and electronic, to create its sound. The multi-instrumentalists are in their element live, with energetic performances their hallmark.

In 2011 megastick fanfare’s debut album, grit aglow, attracted critical acclaim as one the most anticipated debut releases from “one of most exciting Aussie bands kicking around” (Dom Alessio, triple j). A variety of influences and instrumentation culminate in a first appearance that traverses the full experimental pop spectrum, from abrasive intensity to incendiary sparkle.

Grit aglow, “a sonic explosion that will leave you flabbergasted” (JMAG), was recorded in the band’s rehearsal space, produced by Frey Lindsay and megastick fanfare, and mixed with Jonathan Boulet. Experimenting broadly with texture and structure, megastick fanfare’s virgin offering maintains a firm pop grounding and melodic focus

Fresh off the heals of releasing their video for “Freeway Freakout” on My Old Kentucky Blog, The Dust Engineers are back at it again to create fireworks with their cover of the 1978 track “So American.” Originally performed by The Mutants and then again by Dodge Dart, The Dust Engineers have put a nice twist on the song, with singers Zac Meyer’s and Sara Maeder’s voices dancing around each other playfully in the piece, creating a stellar cover. Guitar player Erik Rosenberg explains The Dust Engineers’ relationship to the song:

I first heard “So American” while living in Israel.  At fifteen years old I popped my first skateboarding video, Black Label’s “Label Kills,” into the VCR.  The soundtrack was packed with great bands like The Clash and Cheap Trick, but the song accompanying Jeff Grosso’s skating stood out from the rest. Fast forward about a decade later, we started playing it live and our fans loved it too, so we recorded it last week in the practice space.”

Glass Vaults are New Zealand natives Richard Larsen and Rowan Pierce. Two freakishly talented musicians with an uncanny knack for delivering lush, trance-inducing, hallucinatory walls of sound that shimmer with ghostly incantations capable of transporting you deep into an aural other-world of their own creation.

Hot on the heels of their North American live performance debut at L.E.S. hotspot Pianos (5/29), where they  were offered a residency through June, Glass Vaults just premiered their newest single, “Crystallise,” on Indie Shuffle

Kick back, have a listen, and allow yourself to be enveloped in the golden dreamscapes of Glass Vaults.

She Hooked Him Up – Marla Mase (New York, NY, USA)

Marla Mase is a writer/performer/producer/singer/songwriter from New York City. She writes songs, plays, monologues, short stories, erotica, blogs,and poems. She is known for her gutsy, sexy, raw, performance style and her intelligent lyrics.

Marla’s co-writer and producer is internationally renowned guitarist/ recording artist Tomás Doncker. They are now working on her 3rd CD, personal affairs, scheduled for release in the Fall 2012.

A powerful “charged” song and just listen to what’s going on with the band.

Reminds me of The Blockheads at their best.

Me And You – Keep It Secret (Norwich, UK)

Keep It Secret are a band based in the East of England, mainly in Norwich, but also a little bit in Lowestoft. Mattie doesn’t like Lowestoft though, it has too many seagulls. The band draw their influences from a variety of groups and musicians, with Mattie drawing inspiration from heavily melodic Pop-Punk bands such as Greenday, Blink 182, New Found Glory to name but a few. Levi grew up listening to similar artists whilst also flirting with Alternative bands including Bloc Party, Senses Fail and many more. Toph developed his drum skills on a diet of much the same along with a healthy dollop of Hip-Hop and Reggae.

The band formed after singer and guitarist Mattie met distinctly average bassist Levi at college. They just clicked and Levi was invited to practice with Mattie and drummer Toph, who Mattie had previously been friends with at school. The whole affair was very pleasant and after a number of gatherings Keep It Secret had a repertoire which they feel represents the energy and fun that the band is all about, with a mission to play and perform in front of anyone who will listen. So book them! And if your not in a position to book them then make sure you go see them once someone else has booked them!