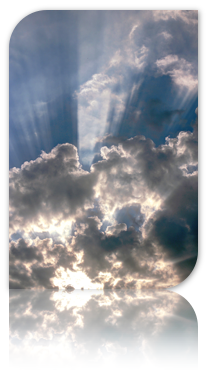 A “seat of the pants” show this week with a couple of the tracks coming in even as the show was being recorded. I’m also getting a feeling that more artists and labels are “getting” what music podcasting can do for them. About time too 😉

Direct contact with some lovely musicians over the past few days. There really are some great people in the music community and I’m thankful to be around them.

“We started our own fund; no debts to the bullshit, just a direct deposit from your’s truly and the people who vibe what it is we’re doing. And what exactly are we doing? We’re letting our music run free, streaking down the beach, nuts hangin’ in the Cali breeze, smokin’ Cali trees. We shimmy shimmy to the sounds of the Timby, some Red Chili, Slim Shady, and one Foxy ass Lady. Reppin’ real music flowin’ from an honest place. Keepin’ true to who we are, how we’re feeling, what we’re seeing around us and the way we react to it. Everything New Beat Fund is done 100% by New Beat Fund. Burnie Baker, Fat Snapz Lalib, Buttonwill McKill, and Silky Johnson. No need for specificity. So vibe some tunes, whether you’re coolin’ with your gurl or partying with your friends, this is for you. Have a good time, that’s what we’re doing. Thanx for donating. Peace. NBF ($)($)($)”

New York’s Scout has recently released a new single, a cover of The Replacements’ “Answering Machine.” The track is available to buy on iTunes and for download on Direct Current Music, which premiered the track last week.

In addition to this new cover track, Scout has put out a new live video of the track “Tongue Tied,” off their latest release All Those Relays (2012), available now via Invisible Brigades. The video is part of the Olé Recordings sessions, directed by Bill Moldt with Mayumi Nashida (AWAREHEAD), and features Scout’s lovely frontwoman Ashen Keilyn singing and playing along with guitarist Steve Schiltz (Hurricane Bells, Longwave).

Scout has several upcoming shows in Boston and New York at the end of the month.

Hate Me For A Reason – Trevor Sewell (Sunderland, UK)

Great news in from Trevor Sewell. He’s made it to the finals of the British Blues Awards for his track Hate Me For A Reason in the K.T. Best Original Song category.

He’s also got a limited edition CD out now on W.A.R. Records (an Austrian label) which is basically the Calling Your Name album plus four bonus tracks including  a monitor mix for a duet he’s recorded with Lorraine Crosby (best known for the Meatloaf hit “I would do anything for love – but I won’t do that”. Sounds interesting.

Check out the finalists of the Brit Blues Awards and possibly vote for Trev (from Thursday morning) at:

So The Wind Won’t Blow It All Away – jesus h. Foxx (Edinburgh, Scotland)

At various points in the songs i guess we sound a little like talking heads, pavement, deerhoof, paul simon, yo la tengo, a few ideas from dfa, wilco, silver jews, there’s this one bit that’s supposed to sound like animal collective and, that reminds me, the harmonies on one song are sort of ripped off from panda bear (only nowhere near as good of course), jim o’rourke, richard thompson, there’s a couple of bits that are really influenced by athur russell, but you probably wouldn’t say it sounds like athur russell. i mean, we all like the beach boys, neil young and stuff too and you can probably hear that. maybe a bit of pixies, certainly some early r.e.m., you know, the usual. i’m pretty into jens lekman again, like last summer.

A PSYCHOLOGICAL THRILLER, White Widow / Carla Patullo’s new album, was recorded in her east side studio in Austin, TX. Culled from her growing interest in psychological thriller films, this album tells the dream-like story of a fictional character in ten songs that seamlessly blend together into one half-hour long soundtrack. Delving into the world of psychological struggles, this album rides the narrow line between bright-eyed desire and grotesque obsession. White Widow’s visceral work “is all about taking the listener on a journey – often building layer upon layer in her songs, and slowly cranking up the emotion to a boiling point” (Muen Magazine).

A PSYCHOLOGICAL THRILLER and its concept spiked the interest of Brooklyn artists Jamie Dwyer and Justin Ulloa (Electric Wonder Creative), who are producing an original animated short film under the same title. Inspired by White Widow’s music, the film is a fantastical and delusional portrayal of an unraveling love affair, set to the full album.

In the tradition of silent films, White Widow’s upcoming tour will screen the animation as she and her band perform the score. The collaboration between White Widow and Electric Wonder Creative will be expressed live and on screen, illustrating the beauty, the lust and the lurking darkness of A PSYCHOLOGICAL THRILLER.

The first date has been announced: July 17th, 2012 at Public Assembly, 70 North 6th Street, Brooklyn, NY 11211 The show looks set to play Valencia in Spain in the autumn.

There are currently at least four bands called The Argonauts which may become a cause of confusion but for now, let’s just say there are the young lads who played a couple of all too short sets at a music night in our village hall last weekend. I was decidedly impressed by their passion, energy and skills. This is also demonstrated in a video shot at the Colchester Sixth Form Battle of the Bands.

The band was formed by Steven Voges, Vlad Matveikov, Juan Johansson and Hamid Mashali. They came together in East London in 2010, but their history doesn’t begin there. Though the guys have such diverse citizenships as Dutch-Caribbean, Czech-Argentine, Danish-Brazillian and Columbian-Persian, they all met and became friends while attending high school in Madrid. Needless to say they have an international reach.

Now based in Brighton, Alex the Great released their EP entitled The Saint in January 2012. The EP was recorded and mixed by Alex the Great at Strongroom Studios, as well as in the band’s home studio, and later mastered at the great Abbey Road Studios. Featuring several guest musicians on instruments ranging from cello to flute to piano to slide guitars, the EP allowed the band to go in a new direction and fully round out their sound. Having played at venues such as Cargo, the Barfly and the Enterprise in London, as well as De Roots in The Hague and The Painted Lady during Toronto’s Canadian Music Fest 2011, Alex the Great is ready to bring their sound to a wider audience.

A decidedly enigmatic artist. Wikipedia has this:

The first Black Devil release was the relatively obscure “Disco Club” 6-track EP in 1978. The actual artist name and album title are ambiguous; releases, reviews, and even the official artist and label websites use “Black Devil” and “Black Devil Disco Club” interchangeably.

Songwriting credits on the EP named Junior Claristidge and Joachim Sherylee, aliases for Bernard Fevre and Jacky Giordano, respectively. In a 2007 interview, Fevre explained that Giordano’s role wasn’t musical, he just financed the recordings, and the co-writing credit was a way of recouping that investment.

A translation from the main site suggests:

Young people are boring. Old people are cool, the proof . Proof again with the black devil disco, aka Black Devil Disco Club, also known as a civilian by the name of Bernard Fevre, young man of 65. 65 is the new 35. Pioneered the French touch that says “everything is done the old pisses me off, aside from the sweetbreads”, but who nonetheless had the good taste to include Kraftwerk, Claudia Barry, and the Beatles Ben Richardson in his mix for Brain excluded.