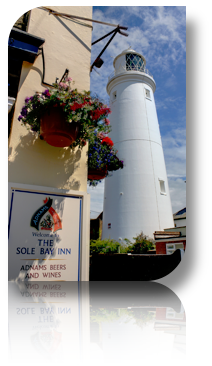 With a visit over to Adnams in Southwold in a gloriously blustery, sunny with black thunderclouds, marbled sea, friendly faces, fresh fish and a pint at lunchtime sort of way it was always going to be a good day.

I met with John McCarthy the distiller of Adnams spirits who has chosen the Adnams Artist of the Month for June and wandered around for a bit taking pictures on this rather dramatic day.

Taking their name from a stuffed animal dog, Siri Stands have made huge progress since their first gig at a car racing festival when they had to follow a band consisting of topless models in swimsuits….

I did manage to get over to the Maverick Festival just across a couple of fields here in Suffolk last weekend and what a delight it was.

Some fine Americana music too, I particularly enjoyed The Vagaband

Check out Otis Lee Crenshaw on YouTube athttp://youtu.be/2p4oQXIWmiU  (Not particularly safe for work)

Larissa started playing the Sydney circuit in 2005 fronting a seven piece ensemble jazz/funk band, The Groove Syndicate, with such highlights as performing at The Manly International Jazz Festival and recording on her first EP called ‘Up Late’.

In early 2009 she recorded her first solo EP ‘Just the Wind’ produced by Mr. Percival. The EP has a stripped back, emotive vibe which showcases what makes Larissa McKay a successful artist. ‘Just the wind’ is just one example of her warm, captivating voice and strong song writing skills.

Sparking interest from agents in the UK,  South Africa and USA,  McKay decided to team up with London based Artist Management company Axelottle Music Co. and arrived in London in February 2010 for the next step of her adventure.

Larissa’s first London gig was at the legendary Troubadour venue and she has gone on to add Cargo, Camden Barfly, Relentless Garage and 93ft East to a string of London hotspots she’s enjoyed playing at.

Blind Willies began at San Francisco’s High School of the Arts as a duo playing covers of American folk songs and frontman Alexei Wajchman’s originals, which he began writing when he was 15. After their professional debut at San Francisco’s Hardly Strictly Bluegrass Festival, the band’s first two releases of all original songs, The Unkindness of Ravens (2007) and Everybody’s Looking for a Meal (2008), garnered the duo much acclaim. The albums defined their sound and provided them the opportunity to perform extensively at eclectic venues, from New York’s Falcon Ridge Folk Festival and San Francisco’s Djangofest to Brooklyn’s intimate back room at Barbes.

The band’s integrity is reflected in the 14 tracks of Needle, Feather, and a Rope as well as in the recording process. “We wanted to record in the manner of our favorite classic albums,” Alexei explains, “the band all together in the studio, live to 2” analog tape, with minimal overdubs. We felt this approach not only gives the album superior sonics, but is a more honest representation of our musicianship and soul. We punched it out in 4 days, 10 hours each day, and I think you can hear the pleasure of the experience and the fun we had.”

It Will Be Difficult Now (la fête) – Revelstoke (Toronto, Canada)

Revelstoke is a series of mini symphonies built using a 40-year-old mandolin from Ireland, a banjo (the people’s instrument) named freedom and a guitar played with slides or violin bows or small hands. If we go the “who” route, Revelstoke is the brainchild of Toronto-based multi-instrumentalist Andrew Seale. With a keen eye for storytelling and a delight for confusion, the experimental folk jams are sure to crawl through your ears and into your memory – after all who says weird can’t be catchy?

Download the EP free from his Bandcamp page athttp://revelstoke.bandcamp.com/

Peg Simone reveals her avant-garde, bluegrass pedigree in the song Piece of Pie. Simone renders this story, written by Holly Anderson, through lingering guitar riffs and echoed vocals. “I was trying to capture the feel of the story through music, making it sonically tangible. Creating the mood, location, atmosphere, using the words as another instrument,” explains Peg Simone. For the remainder of the year, this silver-tongued artist will be working in the studio releasing more tracks for people to listen and reminisce in time for the release of her new album. “My aim is to be able utilize my influences, musical and otherwise to create something genuine and original.”

Peg Simone’s compositions contain all of the characteristics that a story must have: tone, texture, melody and, most importantly, passion. Simone’s songs have the ability to lead your consciousness out of reality and into a world of memory and nostalgia. “One of the things I hope to do with the story-based pieces I do, whether written by myself or someone else,” Peg Simone vindicates, “is to build a sound-scape around the story, to create a literary soundtrack of sorts, in which the characters, environment, plot are all played by various musical themes & moods.”

Coming off her recent release Secrets From the Storm(Radium/Table of Elements 2010), Peg Simone is back in the studio working on her new album to be out in the winter of 2012. She has been playing music for over twenty-five years and has been a part of five different bands, including Jonathan Kane’s February, but is now focusing on her solo career.

Peg has a show coming up at Barbes in Brooklyn, NY on July 23

I was so impressed by the playing that I gave credit in the show to various band members. Well, it turns out that they don’t exist. Well, they probably exist but not playing with Peg. She’s been in touch to point out that she works solo. It just goes to show that you shouldn’t necessarily believe everything you’re told!

My apologies to Peg.

Adnams Artist of the Month – The Glass Child / Charlotte Eriksson

Charlotte Eriksson, also called the GlassChild, is from Gothenburg, Sweden but has always gone her own way, leaving people amazed by her determination and independence. Only 19 years old, she moved all on her own to London to pursue her music and prove what she can do.

She’s switching between lyrics like poetry with a fragile broken voice, to strong and edgy songs with a crystal clear punk/rock-voice that cuts right through.

Her music is naked and honest, and leaves you with feelings you never thought you had. ”I want to make a mess inside of people. I want to make them think.” the 20-year old says.

Hudson K is the brainchild of singer/songwriter Christina Horn. Combining influences that span decades, Christina’s work dwells in the abstract, emerging in timeless forms. Drawing her inspiration from other such artists as Tori Amos and Tom Waits, Hudson K has crafted their own unique sound of avant-garde and pop fusion. Incredibly photogenic and fashion-minded, Horn is a glamorous figure for the alternative music realm; a seeming star-in-waiting, successor to that mystical/sexual rock-heroine crown.

The New York-born Horn pulls from her music school education and her experience producing scores when it comes to writing songs. Her songs are literary, evocative, and complicated; their dramatic ebb and flow is wildly varied, but a smooth and cohesive ride through and through. All told, you could listen to this one for years and never get sick of it; like your favorite book or movie, you’ll always find something new whenever you come back.

At first glance, The Bandana Splits look like a pin-up girl group from the early 60s, yet behind the cutesy façade lurks a serious power pop trio. Annie Nero, Dawn Landes, and Lauren Balthrop were brought together by geography and their love of The Andrews Sisters charm and Spector-like musicality.

In support of their debut release, the girls are excited to be performing a bunch of shows around NYC this summer, including one on Saturday at The Mercury Lounge (7 pm w/ Elizabeth & the Catapult and Harper Blynn).