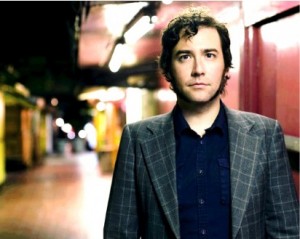 “It’s changed my whole world,” says singer-songwriter-producer Bleu. “I have a completely new outlook on my career and my life. It sounds dramatic, but it’s really true.”
The gifted pop-rocker’s effusive words don’t refer to the creation of his dynamic, highly personal new album, Four. Nor do they reflect his work as co-writer with chart-topping acts like the Jonas Brothers and Selena Gomez. Nor, sadly do they even refer to his winning the Adnams Artist of the Month award for November.
Rather, they convey his response to the astonishing generosity of his fans, who helped him raise $40,000 following the launch of his campaign on DIY fundraising site Kickstarter.
Bleu was stunned by the enthusiasm of his loyal fan base, “I was playing a show a couple of weeks ago and told everybody about the whole thing,” he recalls. “I started crying onstage.”

As a result of fans’ contributions, he’s been able to launch his own record label and put Four out himself in North America (U.K. indie Lojinx acquired the rights to release the record here).
The album comes amid a flurry of co-writing and production projects. “I really enjoy working with other artists part of the time and then creating my own material,” he says. “It keeps things nicely balanced.”
What’s more, Four demonstrates Bleu’s decision to forego what he calls the “brass ring” of the pop mainstream in favour of pleasing those dedicated fans. “I made this record just for me and them,” he says. “I’m done writing big pop songs that are supposed to appeal to everybody. I just want to take more chances and make them – and me – happy.”
He’s clearly delighted not to concern himself with the market-driven, committee-based processes of the record biz, which have dogged him since his stunning, ambitious debut, Redhead, appeared in 2003.
www.bleutopia.com

This month’s reviewer is … Sean Clark (Head of Web) 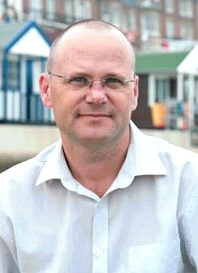 If there’s anything web-related to be done, Sean is responsible!
Adnams has a simply beautiful site and the way that Sean has set it up almost anyone at the company can contribute news or a blog post.
Sean’s experience in on-line retailing and social media for business serve him well as Head of Web although I still think it sounds as though he’s the Chief Spider. A keen chess player, Sean lives on the Norfolk / Suffolk border. His journeys to and from Southwold have a soundtrack of podcasts (including Suffolk’n’Cool).

Listen here
Sean describes the role of the web in building connections between Adnams and their many customers and admirers.
In the past, people only came into contact with Adnams when they had a pint in the pub or visited Southwold. Sean’s mission is to extend the Adnams “experience” to anyone who wants to keep up with news, see where their beer and wine come from, connect with Fergus, the head brewer, get involved in any of the community initiatives that the company support and even comment on the taste of the products.
Even Sean’s eclectic tastes in music didn’t entirely prepare him for the selection of tracks from last month’s Suffolk’n’Cool output. However he did manage to select his choice for Adnams Artist of the Month November 2010, Bleu.