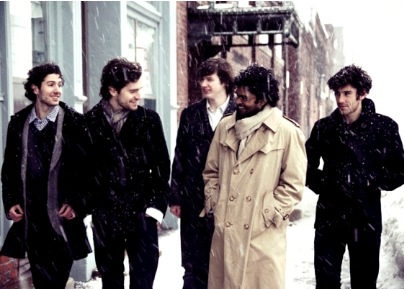 Under one roof in New England’s Pioneer Valley, Darlingside came together with five songwriters, a mandolin, a cello and violin, guitars and drums, a chorus of voices, and a van named Chauncey.

Holed up in their home between a cornfield and the Connecticut River, they forged a seamless, exhilarating sound at the intersection of rock, classical, and folk music. The band is currently rolling out an innovative subscription album, Pilot Machines, and shaking rafters along the eastern seaboard with their vibrant live shows.

Darlingside traces its diverse sound to an eclectic array of musical origins: Harris picked up the cello at age six, and appeared twice on NPR with his classical piano trio. Auyon spent a year-long travel fellowship studying the traditional music and instruments of Brazil, Turkey and Ireland. Don toured nationally as a boy alto, and later worked as a singer-songwriter on sunset boat cruises in Maine. Dave began singing and arranging music in college, then spent two years learning guitar as a street musician in Boston and abroad. Sam took up drums at the age of seven and developed an intricate style that draws on his rock, celtic, and jazz backgrounds. 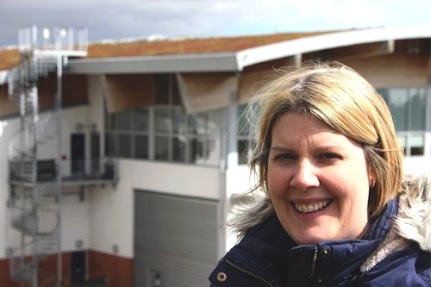 The Artist of the Month for March 2012 is selected for us by Rachael Mewse whose role is in planning the most efficient and environmentally friendly means of getting all the materials in and products out from Adnams.

Even little things like ordering so that one delivery is received rather than two helps reduce the transport impact. Behind Rachael is the Adnams distribution centre, complete with grass (yes, that’s grass NOT glass) roof.

Listen here
Hear the extended interview in which Rachael talks about her musical tastes and shows her pride in Adnams in general and the new(ish) distribution centre in particular.