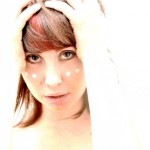 Jonathan joined Adnams in 1973 working in brewery engineering and has worked in all aspects of the company. He joined the Board in 1988 running pubs and property and then assuming the role of Managing Director in 1997.
Jonathan took over the role of Chairman in August 2006.

An accomplished bluegrass banjo player, Jonathan found the tracks from the March Suffolk ‘n’ Cool show interesting (in a good way).
After working down to a shortlist, he found that his fascination with Lelia Broussard’s Alone on a Train kept on growing, even after quite a few listens, so she is the worthy winner of Adnams Artist of the Month.