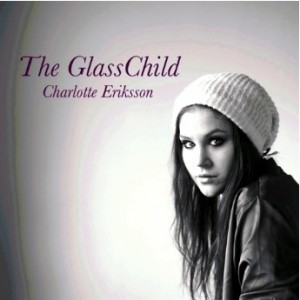 Charlotte Eriksson, also called the GlassChild, is from Gothenburg, Sweden, but has always gone her own way, leaving people amazed by her determination and independence. Only 19 years old, she moved on her own to London to pursue her music and prove what she can do.
She’s already been named as ” the one to watch” by indie-musicblogs in Sweden, the UK and the US, and with high aims this is only the beginning for Eriksson.
She’s already planning her first UK-tour in the autumn, and then her eyes are set on The States early next year.
”My lyrics might be too honest, edgy and make people uncomfortable, but if that’s what it takes to reach them, I’ll do it. I want to shock people. Shake up the world. Make them think thoughts and feel things they never felt before. Leave a scar. I want to go above and beyond what’s expected of me. I want to do this so well that they can’t take their eyes off me. I want to be breathtaking.”

The Artist of the Month for June 2011 was chosen by John McCarthy who is responsible for the Adnams distillery at Southwold.
His gins and vodkas are already winning international awards but although whisky has been in production for a few months we’ll have to wait another couple of years to taste it.
Looking around the distillery with all the columns, stills and shining pipework, one can’t help but feel that John’s engineering background would be essential.
John is a musician himself with a selection of guitars at his fingertips.

Listen here
John describes how the distillery came about and talks us through the whole process of producing Adnams vodka, gin and (eventually) whisky.
Home chemistry set anyone?