Raised in Ashland, Oregon (now based in Los Angeles), this nova star of the electro-pop galaxy, Carolyne Neuman, now known as NOVI, is hitting the scene like a bullet straight from a rifle. The star marries the charm of her small-town upbringing with the edgier elements of big-city Los Angeles in her forthcoming EP, “Now I’m Here.”
The single “Blackbirds” was mixed by music legend Brian Malouf (Michael Jackson, Madonna, Prince). “When I first heard Novi’s music I was struck by the strong originality and the defining musicality. They are great and very original sounding songs and her voice soars! I love listening back to these tracks now – they really hold up,” says Brian of Cookie Jar Recording.
www.iamnovi.com/ 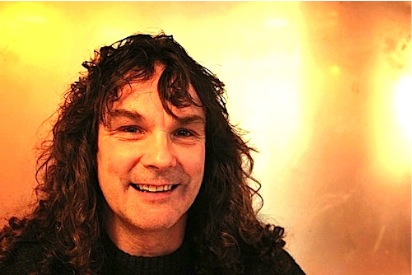 The Artist of the Month for January 2012 is selected for us by conservation gardener Kevin West.
Kevin is also a musician himself (as if you’d ever guess!) and has a diverse range of tastes across multiple genres.
His work at The Swan has a wildlife and conservation focus and is well worth a visit. Pop in and say Hello next time you’re in Southwold.

Listen here
Hear the extended interview in which Kevin talks about his music, his interest in wildlife and how that has influenced the remarkable garden at The Swan Hotel in the heart of Southwold.