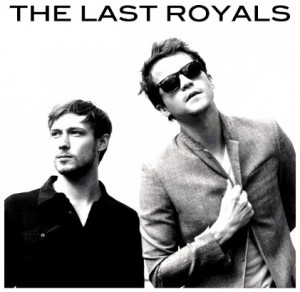 The Last Royals, a New York based duo of writer/singer/producer Eric James and drummer Mason Ingram, only recently emerged from a joint project that brought the two musicians together in Spring 2010. The connection urged a new chapter in Eric’s career as a musician, evolving him from a solo artist who played under the moniker The Early Hours to one-half of a self-proclaimed pop band.

The songs that appear on The Last Royals’ debut self-titled EP re-imagines tracks originally penned for The Early Hours, which appeared on a self-released album of eight tracks called A Week And A Day. That project, driven simply by Eric’s desire to create solid, expressive songs, was written in eight days, each track representing one day of the week, plus an additional day. Eric’s sense of the performative was initiated in that collection as he built stories around imagined yet brutally real characters in a cityscape.

You can buy the EP from the iTunes Store at: http://itunes.apple.com/us/album/the-last-royals-ep/id404835153

This month’s reviewer is … Emma Hibbert (Head of Corporate Affairs) 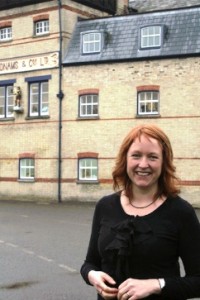 Emma has a variety of roles under the catch-all of Corporate Affairs.

She leads Adnams’ involvement in various national and local drink awareness initiatives and drives environmental events such as the annual Southwold beach clean as well as leading on PR for Adnams.

Emma is often to be found at Portman Road, cheering on The Tractor Boys of Ipswich Town.

Her musical tastes include The Strokes. Take a listen to The Last Royals and you’ll hear the connection.
The corporate affairs at Adnams are obviously in good hands!

Listen here
Emma describes her various roles in nurturing the community and social responsibility aspects of Adnams, which she describes as “a values-led company”.
The fact that there were five shows in December meant that Emma had a lot of tracks to listen to and she obviously took the process seriously.
Eventually she managed to get the selection down to a shortlist from which she chose The Last Royals as Adnams Artist of the Month. A great choice.