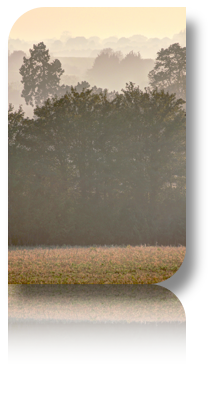 Fresh (after a shower) from a warm evening in a great London boozer last night in the fabulously stimulating company of lots of music people including fellow AMP member Justin Wayne, we’ve a pretty much full length show again this week, mostly from US and Canadian artists but with one interesting diversion to Nancy in France for a track that I’d like to turn into a bit of a campaign.

A strangely warm and steamy day here in Suffolk today. Could summer have arrived at last?

It’s a long time since we heard a track from Grace Valhalla. She was briefly around at about the time SnC started back in 2006−8 but she seems to have gone regrettably quiet. I really rate her combination of acoustic with electronic instrumentation very highly indeed. All her albums are available from download from Jamendo.com The most recent dates from 2008.

OK, the music has been there for a while but she has an impressive 35700 listens, of which 6700 downloaded  her music. The number of listens is pretty steady.

Personally, I’d love to hear some more music from Grace Valhalla but how to persuade her?

You CAN get her albums as free downloads but that wouldn’t be much of an incentive for Grace to get back to her music. Wouldn’t it be great if a whole load of us conspired to buy the album(s) of our choice at (say) 5 dollars / euros or whatever we can afford, each. That would send a pretty positive message and, what’s more, it would come out of the blue. What a nice surprise.

New Yorker, Lachi is another artist that I’ve been following for a while. She’s recently transformed herself into Lachi and Meridian Gold by taking on a band. And well it suits her.

Even better, they are playing a showcase event at CMJ on October 20 – just when I’ll be in New York, so it might be the perfect opportunity to see her live.

I just heard from the good folks at CMJ that they have announced the third round of bands that are playing at the music marathon in a few weeks.

Coming in at just under 900 bands, this third round maintains the same adventurous programming CMJ has offered for the last three decades. We couldn’t possibly list every single name here (though we certainly can on our website), so here’s a quick A-Z shout-out to whet your appetite while your browser loads:

Of course, we’re not even close to being done. Hundreds more acts, still, will be announced in the coming weeks, so check out  www.cmj.com/marathon/music/line-up for the latest lineup updates. CMJ Music Marathon & Film Festival will be held in New York City from October 18-22.

CMJ Music & Film Festival is one of the world’s most important platforms for the discovery of new music and cutting-edge films. For five nonstop days and nights, CMJ features over 1,300 live performances in more than 80 of New York City’s greatest nightclubs and theaters. CMJ also presents over 70 informative panels with renowned speakers, an Entertainment Business Law Seminar and the much beloved College Day for college and non-commercial radio programmers.

It’s going be a blast.

Here’s a bit of fun. A well known standard which takes on a new life as an instrumental given the Fishnut treatment. His album is Candy Island

Devin Farney’s latest album Ventriloquism is soon to be released, and features 11 original tracks that tip their collective hats in the direction of the Beatles and Radiohead and yet explore a fresh musical direction balancing piano, acoustic guitar and synths.

Devin is also professional composer/pianist whose work has received numerous recognitions and awards – and he has had works commissioned and premiered in the United States, France, and Japan. He is also an arranger and editor who has worked for composers like Terry Riley, Glen Roven, and many others.

With their debut record, Younger Limbs, Old Wives’ Tale made a handsome impact on the Miami music scene and abroad, performing in venues such as Grand Central, The Vagabond, Rokbar and Churchill’s, as well as London’s Barfly, Madrid’s Orange Café, Paris’ Le Gibus and Barcelona’s Sala Apolo.

As the best kind of control freaks, Jaime and Felipe have continued to handle just about everything having to do with their latest sophomore record, Late-Night Paraphernalia – from production duties to art direction.

Currently presenting: Nick Tann who has a view on the AMPed theme tune – take a listen and have your say.

From Monday: Dan Lynch from Rathole Radio in Liverpool here in the UK will be up with what looks like being a very full show.

Beer and FROTH (FRiends Of the Three Horseshoes)

Another village with it’s heart gone dark. There is a campaign to get the pub open again, perhaps as a community venture. It’s a cause dear to my heart and perhaps you’d like to see how it’s going and contribute any comments you’d like through the main site and the social media links. A “like” for the FROTH Facebook page, in particular, would be much appreciated. Thanks.

This report aims to give a positive and factually accurate look at cask ale – Britain’s national drink. While it aims to promote cask, it also strives to be balanced. It looks at both good and bad, strengths and weaknesses.

Thanks to Adnams for co-sponsoring the report, as well as supporting Suffolk’n’Cool.

Great to hear that Matt’s newest album, Coal Mining Blues, is out. It was produced by Colin Linden (who co-wrote and plays on several tunes) and recorded at Levon Helm Studios in Woodstock, New York. Featuring the Band keyboardist Garth Hudson and Olabelle singer Amy Helm, it’s a rich vein of new songs, many addressing the trying lives of working people: There’s the self-explanatory “Work Hard for the Luxury,” and the moving title track, which rings true in mining communities from Cape Breton to Sheffield and West Virginia. But not all of Coal Mining Blues is about hard work, as rollicking up-tempo cuts like “Lay it on the Line” and “Fired Up” bear out.

How do you like the contrast with the acoustic session Matt recorded here at the barn a couple of months ago for SnC278. http://tinyurl.com/64uxvww