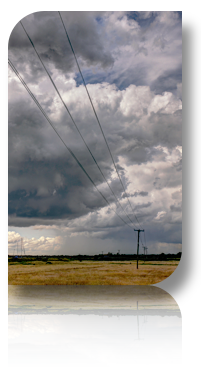 There’s news of a writing competition linking stories with music if you’re feeling creative and can respond fairly quickly, an update on problems we’ve been having with the player on the SnC website home page.

We’ve even got time for some fine and, in parts, significantly raunchy music this week from Georgia, London, Manchester, LA, Toronto and Oslo. One song alludes to “rude” words although it doesn’t actually use them so you might want to bear that in mind if you have sensitive ears around. I’m sure the kids will be fine. It’s probably the prissy co-workers you need to be protective of.

Suffolk is known for its big skies which are great. Sometimes they seem to crowd in a bit.

After the release of Back On My Good Foot in 2008, former Fortnox and Bombay guitarist Rick Fowler formed his own band. They just released a new ep called “Discordia” and are touring now.

I’ve been struggling with the player on the front page of the SnC site this week. It kept demanding all sorts of QuickTime components that I know nothing about, ever since I updated the Safari browser on my Macs.

This evening, Larry Moffatt got in touch from (I presume Canada) to say that he is having the same problem since upgrading to the new Mac Lion OS. I’m really grateful to Larry since it enbled the problem to be confirmed and located.

I’ve had the spanners to the player and after re-creating it at Libsyn and putting fresh code into the site it seems to be working for me. What I really need to know, is How is it for you?

I’d be very grateful for a quick note this week to studio@suffolkandcool.com to let me know if it is working or not and what device (Mac, PC, iPad, iPhone, Android, etc. and which browser you’ve tried it on. Thanks very much.

Eclectic UK-based band The Real Tuesday Weld released their new album The Last Werewolf via Six Degrees Records on July 12th, 2011. The album is a companion soundtrack to the new book of the same name by esteemed British author, Glen Duncan, to be released simultaneously by Alfred A. Knopf.

With the release of the book and album, Glen Duncan and band founder Stephen Coates are currently on a mini music/book tour in key US cities. Their appearances feature book readings and musical performances, showcasing the integrated nature of the two releases.   The album adds another dimension to Duncan’s already dynamic novel. The book’s themes of violence, friendship, transformation, love and betrayal are recast in a suite of songs bound together into a soundtrack by voices and readings from the text.

The collaboration epitomizes the anthropomorphic struggle of a werewolf in modern day London and beyond. As the chapters wane on like the coming moon, the music of The Real Tuesday Weld spookily brings to life the words illuminated on each page. Coates and Duncan’s mid-July tour fuse together the haunting cabaret and electronic music that The Real Tuesday Weld is known for as Duncan reads excerpts from his supernatural thriller.

Previously in hit Manchester band International One who were signed to Universal for 2 years but ended after they found themselves £150,000 in debit without any music being released, lead singer Franco has since embarked on a solo project with song writing and melodies at the core.  Although the name Franco & The Dreadnought suggests the project is a full band effort, Franco actually plays all of the instruments on his recordings; the Dreadnought being his Martin DXME Dreadnought acoustic guitar.

Since going solo, Franco has been creating a name for himself on the festival circuit resulting in a number of other opportunities coming his way which is enabling his music to be heard by more people.  His biggest achievement to date though, has been being personally asked by the Archbishop Desmond Tutu to write a song celebrating the life of Nelson Mandella which was presented to him as a gift on his 90th birthday.

Further information on Franco & The Dreadnoughts including information on how you can download his new 6 track EP for free can be found on his Facebook site and execut4eed at Soundcloud.

She comes to the scene with an original, distinct sound that is eclectic enough to hit the chords of any music lover in the galaxy.  The smooth, electro-pop sounds that emanate from the speakers are a compulsive rise and fall of beats on every track that capture listeners, hook, line, and sinker.

With looping skills envious of Imogen Heap, and lyrics that send second guesses straight into the back of your mind (“I had bar flies sipping on my Motherf#*king drink”) you’ll have Novi “peddling back” through your mind all day. (Don’t worry. It’s a good thing.)

Novi is currently rehearsing for regional shows with “Blackbirds” as the first single to mark her arrival onto the music scene.

A full EP is tentatively slated for a Fall 2011 release. Meanwhile you can download Blackbirds free and legal from

More music from Novi can be found on various web sites and social networking sites such as Reverb Nation, Facebook, and Soundcloud. You can visit the official Novi website for music, news and links.

Sell Out While You Can – Little Foot Long Foot (Toronto, Ontario, Canada)

If three parts rock, two parts blues, and one part country were the ingredients for a band, Little Foot Long Foot would undoubtedly be the fruitful reaction of that musical recipe. The Toronto band released their new LP Oh, Hell on June 28 and it encapsulates a new style of blues-rock, carried out beautifully and ruggedly by Joan Smith (vocals, guitar), Isaac Klein (drums), and their newest addition Caitlin Dacey (organ, vocals).

Keep it Shining on the Inside – Nordgarden (Oslo, Norway)

An old friend of the show, Treje Nordgarden is back with a single from his new album. Terje spends most of his time playing shows in Norway, Germany, The Netherlands and (particularly) Italy. This year he has also been over to the USA and created a bit of a stir there too. You’ll find it on iTunes, Amazon, etc.

Formed in 2010, Good King Friday is what happens when classically trained musicians combine all their furiously trained talent to make lush, massive, beautiful pop music.  With an eclectic sound that draws on folk, pop, rock, and classical music, Good King Friday combines intricate songwriting and virtuosic technique into a unique voice in the world of rock music.  GKF has been described as a love-child between between Mumford and Sons and Sara Bareilles and is now taking over the Los Angeles music scene with poise and fury with a debut album planned for an August release.

Anarchy Books are running a competition with Jordan to storify the characters in her album Children of a Factory Nation. They have some star judges including Hugo award winner Ellen Datlow, SFF author and co-owner of Anarchy Books Andy Remic, editor and agent John Jarrold, SFX magazine’s David Bradley, Lee Harris of Angry Robot Books, and more. Prizes include cash, books, music and publication.

If you’d like to get involved find out more at:www.jordanreyne.com/coafn.html

Difficult to believe as this may be this is a live recording of Jordan performing Proximity here in the barn. Jordan’s not been feeling too good over the past few days but all being well, she’ll be playing  AAA in Kensington High Street, London on Thursday night. 5 mins walk from High Street Kensington tube station and just £6 on the door for a full evening’s music.

If you’re in London it would be great if you could get down there, give your ears a treat and, at the same time, as show her a bit of the love and appreciation she so richly deserves.