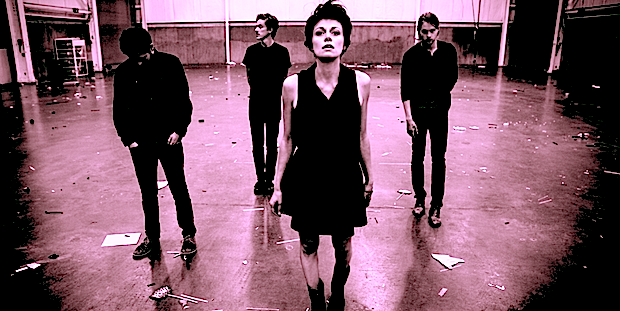 KateTucker and The Sons of Sweden bring their music/film project The Shape The Color The Feel to life.

As the dog days of summer splutter into the first mists of autumn we’re taking a moderately chilled approach to this week’s show with tracks from artists in Nashville, Halifax, New York and Lisbon, Portugal. Kick back, chill out and enjoy the music although there is, of course something bit more rocking in the first track. 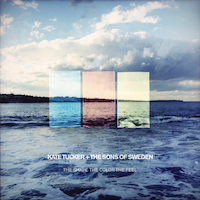 The State I’m In – Kate Tucker and the Sons of Sweden (Nashville, USA)

In 2013, the band launched a highly successful crowd-funding campaign via Kickstarter for their collaborative film+music venture, The Shape The Color The Feel. The project attracted the attention of many, including Huffington Post who called the “effort to bring the best of the past and the present together” “admirably ambitious,” going on to say, “the real beauty of the project is that just as it seeks to recapture some of what music has lost to technology, it’s utilizing the same technology to make that happen.”

Upon completion, KT+SOS turned the record over to a group of filmmakers and artists, handpicked by the band, asking each of them to choose a song and create a visual expression of it. The first of these aural and visual pairings, “Looking Around,” premiered on the Vinyl District in November and the most recent, “Best Friends’ Love” saw its debut on Esquire. Music videos and short films are set to premiere throughout 2014.

In addition to the short films and music videos, Australian artist Jessie English created a series of wet process photograms based on each song. The Shape The Color The Feel visual exhibit opened in Nashville on February 16, 2014 and will travel to several cities throughout 2014.

As this all unfolds, Tucker and filmmaker Miriam Bennett are working on a documentary featuring the creative community that has emerged throughout the project. For Kate Tucker and the Sons of Sweden, The Shape The Color The Feel is a sort of homecoming, but it’s also a leap into the great unknown. 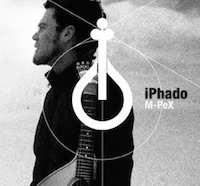 Which basically means that if you’re familiar with the works of Portuguese Fado singers such as Mariza you’ll know and probabl y love the sound of the 12 string Portuguese guitar. Now mash that sound up with a laptop generating electronic elements and you’ve got a new take on Fado.

Both tracks are from his Jamendo album, iPhado which you’ll find at https://www.jamendo.com/en/list/a136632/iphado

Thanks to Nick in Germany for the screen shot of his SnC collection, every single edition since 2006. He did describe last weeks show as “diversified”. Yes I rather think so, perhaps a bit too diversified! This week perhaps less so. 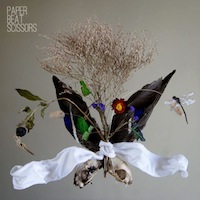 A welcome return for Tim Crabtree aka Paper Beat Scissors. We’ve heard a few of his beautiful etherial tracks in the past year or so including a couple of tracks from his live recordings at St. Matthew’s Church. This time both tracks are from the eponymous and solidly excellent Paper Beat Scissors album.

Tim is a Brit living in Nova Scotia and an active member of a vibrant musical and creative community in and around the city.

If you get the chance, do catch one of the shows on his current European tour – his live performances are very special indeed. 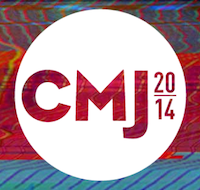 Did I mention that the initial artist line-up for CMJ has been announced and it looks as intriguing as ever with loads of artists I’ve never heard of! That’s the point really – discovering new music. There will be more announcements in the next couple of weeks before the Music Marathon itself in NYC Oct 21-25.

The initial daytime panel programme looks rather good too. I often think that the quality of some of the panels is itself worth the price of admission, although youm can still save $25 omn 2014 badges if you’re quick about it. Having said that, the full badge is discounted from $549 but then that is for four full days of music, panels and the parallel Film Festival. A student badge will cost $365 less the $25.

It’s not cheap, but in my view, it’s excellent value. There’s also a free mixtape available from CMJ if you fancy a listen to something else a bit different. Free download here: 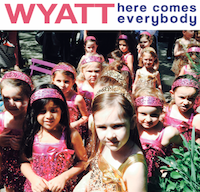 WYATT’s music is born out of the Colorado calm and NYC craze that have molded Maddy as a writer. It continues on the folk/pop path they’ve forged, but this time it’s infused with bits of psychedelia, California dreaming and French revolution.

Maddy, Paul, and Alex Wyatt grew up outside Denver, right where the mountains start, and WYATT’s music is influenced by the space, peace and grandeur that Colorado exudes. Coming from French Canadian stock on their dad’s side, and having been taught songs in French from a very early age, it was fairly inevitable that Maddy would start writing songs in French. She embraces the inherent beauty and flow of the language, and enjoys the challenge of writing in a second language, as it forces her to keep things simple and efficient as she puts the pen to paper.

WYATT will be on the road through the fall in support of the Here Comes Everybody EP scheduled for release on November 11, 2014.