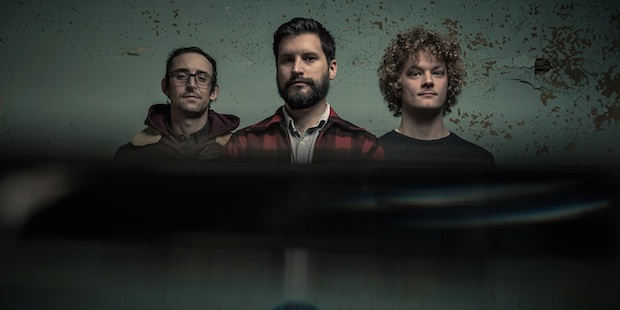 Twin Brother bring their thoughtful brooding music to the show this week.

Variety again I’m afraid, with tracks from  a bunch of Milwaukee collaborators, a film music studio not quite on the Pont d’Avignon, the legend that is Plastikman and, to start, a multi-instrumentalist obsessive in Portland, Oregon. 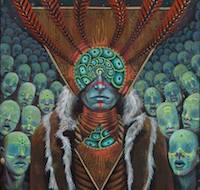 Bike Thief is the brainchild of vocalist and multi-instrumentalist Febian Perez. According to PDXPick.com, Perez was inspired by the Italian film, The Bicycle Thieves, when he named his band Bike Thief. After moving to Portland in 2012 and auditioning over one hundred musicians, Perez finally found band-mates who could help him realize his precise and complex musical vision.

Perez acknowledged that he knew exactly what he wanted out of the band back when he was the only member and living in Austin, Texas. It was tumultuous at the beginning, and Perez admits that he is a bit obsessive when it comes to his sound and, by extension, the pieces that make it. Perez is adamant, however, that this obsession comes from a place of passion: “I want to make our music as true as possible to the sound I hear in my head.”

Last weekend saw release of their debut record, Stuck in a Dream. Benjamin Violet, known for his work with Of Montreal, The Polyphonic Spree, and Kishi Bashi, directed the animated video for “The Burning Past.” According to Portland’s Deli Magazine, Bike Thief “capture sounds of deterioration and rejuvenation through crooning vocals and stirring string movements.” 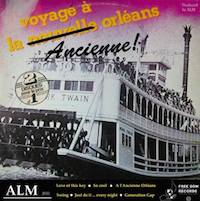 A hip hop enthusiast from a young age, ALM offers us a journey through time. Starting with 1930s samples and swing jazz exclusively from old vinyl he builds layers out of those old sounds accompanied by rhythmic old school hip hop, sometimes very “dirty”, but always impressive. Everything is inflated by the very powerful and enriched sounds of vintage synthesizers and subs.

His work seems to be geared towards sound for sync licensing but you can still enjoy it free from Jamendo.

Twin Brother has been kicking about their musical aspirations in the upper Midwest in various formations throughout their collective years in Milwaukee, rooted in the steady musical (and comradic) bond between vocalist/guitarist Sean Raasch and drummer Tyler Nelson.

The energetic pop-rock duo, Jackraasch is where Twin Brother really took off, and their progression into their freshly determined (but still easy-spirited) music is a testament.

It wasn’t until Raasch and Nelson ironed out those early-20s’ wrinkles in their Jackraasch days that they set their form to fly true by joining forces with musical comrade, Lodewijk (“Lodi”) Broekhuizen on bass and violin and set to writing, together, with Raasch at the helm. The three matured and bonded with their new musical form, claiming its name of Twin Brother (holding familial meaning to Raasch), flying right and singing out with a sincere, new sound.

Early 2013 saw Twin Brother reach out, pull in and collaborate even further with several Milwaukee musician friends to set to tape Raasch’s songs filled with nervous conviction. Nelson’s busy but delicate shuffle on the kit and Broekhuizen’s steady bass and strings set the ground solidly for additional strings from Nathaniel Heuer and Amelinda Burich (upright bass and viola, respectively) and lapsteel from Shawn Stephany (all of Milwaukee’s Altos).

That collaborative taping lead to Twin Brother’s fully realized and sparsely beautiful self-titled debut, Swallow The Anchor which The Onion’s AV Club hailed as “[taking] the basic elements of folk and graft[ing] them to the fraying body of alt-rock.” True enough, Twin Brother’s debut held fast to modern folk efforts but was singed through with the defiant energy of the 90s — heartfelt and winsome but with plenty of piss and vinegar, playing off of Raasch’s lyrically acerbic but hopeful viewpoint.

Way To Be – Twin Brother

Richie Hawtin is many things – an extraordinary DJ, creator of the ENTER. experience, mastermind behind the M_NUS label, technological innovator, art aficionado – in 2011 he collaborated with British sculptor Anish Kapoor for an installation in Paris – and style icon. Before this, though, and perhaps most famously of all, he was and is Plastikman, an electronic music phenomenon whose followers are legion and fanatic.

Between 1993 and 2003, Plastikman created an astonishing body of work, one that didn’t so much define a time and place as explode them, expanding the dimensions of Detroit techno and redefining the possibilities of electronic dance music. Across six albums (‘Sheet One’, ‘Musik’, ‘Recycled Plastik’, ‘Consumed’, ‘Artifakts (B.C.)’, and ‘Closer)’ and numerous singles such as ‘Spastik’, ‘Plastique’, and ‘Sickness’, Plastikman evolved into one of contemporary electronic music’s most distinctive voices: minimalist, psychedelic, seriously groove-laden, and ever mindful of the transcendent properties of electronica.

On the evening of 6 November 2013, at the invitation of Raf Simons of Dior, a special Plastikman live show composed of entirely new material took place at the Guggenheim Museum, NYC. The album, EX, was released in June, and then days after its release, a second performance took place at the renowned Sónar festival in Barcelona.

Plastikman has now unveiled a live recording of EXhale from the Barcelona performance – the Sónar Live Mix – available as an MP3 / AIFF to download for free.

EX Plastikman’s first album release since 2003’s Closer, and is out now on vinyl, CD, digital and limited edition SubPac bundle. For the limited edition, Plastikman teamed up with SubPac to create a Limited Edition Premium Bundle: the album is presented on vinyl, with a signed certificate of authenticity and a custom Plastikman edition of the SubPac S1.

Here’s the video of the Barcelona performance.