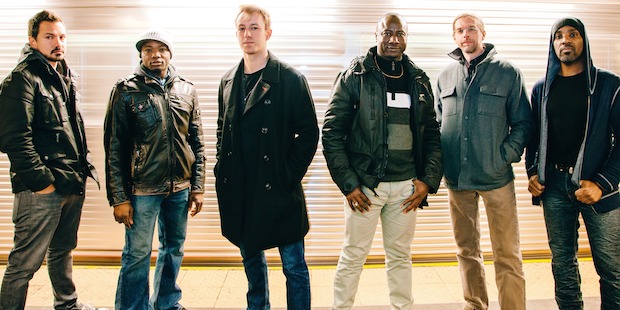 A show of considerable contrast this week with more music than is probably good for you.  Like Benyoro (pic) it’s a bit of a meeting place.

The band is, quite literally, a meeting place. Its name, taken from Mali’s Bamana language, means precisely that.

That the six-piece group would come together in NYC seems almost inevitable. The city is the polyglot home to a thousand different languages and dialects, where African music devotees can find their kindred spirits in recent émigrés from the continent. Where South African jit can nuzzle up next to merengue and the blues can sit next to Kenyan benga. And as the band shows on its debut album, Benyoro (July 8, 2014), it’s a place where the Mandé music of West Africa can thrive.

“What we really do is play praise music,” explains guitarist and ngoni lute player Sam Dickey. “We’ve just sped it up a little; it brings the music into a more dance-oriented context. Toumani Diabaté and his Symmetric Orchestra have been major innovators in this regard.”

The album is heavily weighted toward traditional Mandé songs, like the classic “Kulanjan,” but they sit with perfect ease next to three original compositions, and everything is given the Benyoro treatment.

“Listen to the first track, ‘An Sera,’” suggest Benyoro’s kora player, Yacouba Sissoko. “We make the connection with Congolese soukous there. That’s natural – soukous is hugely popular all over the continent, it’s informed every type of African music. But Africa is such a big continent, with so many different cultures, and we try to make music for all Africa, to put the different sounds together and create a new color.”

“We started out just playing traditional music, then we worked up some of our own material. A few of the arrangements pay tribute to Toumani in their style.

Sugarplum Fairies was originally founded by Ben Bohm (guitars, bg vocals) and Silvia Ryder (vocals). After the duo parted ways in 2013, Ryder assembled a rotating line-up of co-writers and guest musicians, culminating in the creation of ‘Godspeed & Silver Linings’, which was released June 10 on Starfish Records.

Somewhere between Hapsburg and Honkytonk, swaying palm trees and swirling dark espresso, airy minimalism and waltzing Americana, the Fairies play melancholic songs on sparkling instruments. Think of an evening gown captured in Kodachrome. Gustav Klimt on Route 66. This is music for when you’ve been up all night but are still in control. Reminiscent of Nico and Leonard Cohen singing duets on accordion and ’58 Les Paul out by the pool at the Beverly Hills Hotel. 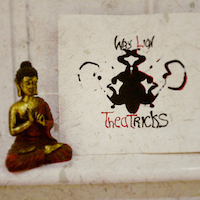 As a dyspraxic asthmatic with Aspergers syndrome, it’s easy to see why Wry Lion has never tried to fit within the mould of a traditional emcee. Combining the technique and theatricality of Tech N9ne with the lyrical depth of Mos Def & Eminem, throw in a uniquely British quirkiness and a singing voice that is equal parts Mike Skinner, David Bowie & Ian Dury. Musically, he is one of the most dynamic artists working today, mixing his unmistakable vocal style with beats that mix rock, blues, funk, soul & jazz with a molten core of hip hop, combining these influences with a knack for pop songwriting that puts him light years ahead of most of his contemporaries on the UK Hip Hop scene.

Wry has just released his debut album Theatricks, an intimate look into the mind of an eccentric. Through a cast of colourful characters and esoteric storytelling mixed with a progressive political stance and emotionally charged perspective Wry Lion has created a work that deconstructs the tropes of Hip Hop while never losing sight of the need for a catchy beat.

From the new double A-side “Chromatisch” on Holm Records

Days Like These is a chill-out and down-tempo mixture of jazz, electronics and sound design, embracing the idiosyncratic characteristics of Dee C’rell’s sound. There is contemporary electro-acoustic jazz integrated throughout the compositions, with reshaped sound design and audio manipulation. With the interweaved sultry vocals of Alda Olafsdottir adding an air of suspense over a complex but sparse rhythm, Days Like These is a delightful track for those lazy summer days and beyond.

The recording is available on iTunes and other worldwide digital stores. 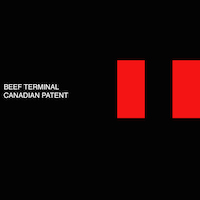 Named after a meat processing facility in the west end of Toronto, Canada, MD Matheson has been releasing albums under the Beef Terminal name since 2000. The latest, “Canadian Patent” is the first since 2011’s “Humidex” release.

“I wasn’t sure if I was going to bother to make another Beef Terminal album. After some bad experiences involving “Humidex” with labels, I contemplated just packing it in and making sounds on my own with no real intention to release it out in the world. I felt like I was just throwing more music on a massive pile of music that everyone else was making and just getting ignored, so why bother? But the point of this project has never been recognition or money, it has been about true fans of the music, who seem to somehow find it and get in touch, telling me how much it has meant to them.

Alex Chilton said: “Somewhere a long the line I figured out that if you only press up a hundred copies of a record, then eventually it will find it’s way to the hundred people in the world who want it most.” This has been my experience, and that’s the reason why I’m going to keep going and keep releasing music, no matter who is there to hear it. I’ve had times when what I was doing was popular and got some radio play, and times when I was completely ignored. But none of that matters.

I recorded the album starting in April of 2013 in Toronto and finished it up in Florida in early 2014. The name “Canadian Patent” comes from an old scaffolding company in Toronto, the name was painted on the side of a building (probably torn down now for condos) and I thought it might be a cool name for an album. It sounds kind of mysterious and weird to me, and as a proud Canadian I thought it might be cool to reference my country in the album name as well.” 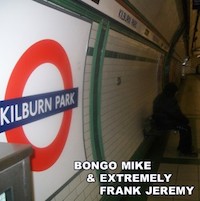 Bongo Mike and Extremely Frank Jeremy are two, well-know (and loved) London buskers who spent years arguing with the authorities – in and out of court – about the right to perform on moving trains, have now recorded an album called, unexpectedly, “Away From The Tube Trains”.

I met them on a London Underground train, travelling from Earl’s Court to Kew Gardens six years ago. I bought their album and gave Jeremy my Suffolk’n’Cool card. Last month he got around to calling me with an apology for the delay! The result, two more deliciously quirky albums of songs with huge integrity and honesty.

This track evoke one aspect of English manners which may have been retreating for some years but remain as part of the nations expectations as ever, and it’s wonderful to hear this simple gratitude for a country and its culture, not for a politician, expressed like this.

The bulk of the material was recorded in far-away, sunny Macedonia, although the title track itself was created in more nearby and rainy, Surrey Docks.

Mainly ballads, with a folk/rock/country sort of feel, they feature Mike’s talents as street poet and vocalist and Jeremy’s finger-style work on banjo and guitar.

An artist for whom I have huge respect. I played his track Swank-ay way back on Suffolk ‘n’ Cool 046 in December 2006 and a few others at improbable intervals since then.

At age 20 Neal had his first record deal. Three contracts, one music production company and 40 years later he is still producing great music. Only now, he’s doing it on his own terms and his own label. His sixth release Now it’s Personal came out in 2008.

Much of his work now is multi-media which creates even broader canvasses for his burgeoning creativity. Take a look at the video below.

Do pay a visit to his site if you have a few minutes, there’s loads to see and hear. 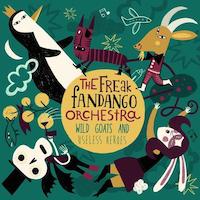 The Freak Fandango Orchestra is a multi-ethnic balkan-gypsy-punk band from Barcelona (Spain). The band exists since 2006 and is performing live since 2007. You can see them a lot around Barcelona but they also play at international venues, like for example at the New York Gypsy Festival 2011.

Their music is a explosive mixture of folk, polka, gypsy music from the Balkans and punk-rock. The band is composed by musicians with lots of different instruments (guitar, bass, drums, violin, saxophone, trumpet, accordion and percussion). They are influenced by artists like Emir Kusturica And The No Smoking Orchestra, Goran Bregović and Gogol Bordello.

In 2009 they published their first EP Love, Death And A Drunken Monkey

Financed trough a crowd-funding campaign and finally released in May 2014 it’s again full of energetic songs with crazy lyrics.