The Wet Secrets live at The Great Escape playing the song featured in the show this week. Makes sense really.

We’re going somewhat pop this week. Not exclusively and no, not your standard bland radio pop but some really rather interesting examples of how in the hands of real musical craft people every genre of music has the potential to surprise and delight.

Tracks this week all come via our good friends Adam, Heather, Vickki and the gang at Planetary Music in LA. I just mention that because its true – for no other reason!

These two West Coast women finding each other in the prairies and bearing the North together; on a journey to figure out the complexities of the human psyche.

With upright and electric bass, vocal harmonies, electric guitar, synth, glockenspiel, violin, trumpet, drums and various percussion, Comeocean is bound to sound refreshing to music listeners anywhere. The entire album is an extended dialogue between the head and the heart. It is a constant yearning for comfort in our surroundings and relationships but realizing that becoming content and complacent may be the biggest fear of all.

They won the People’s Choice at the 2014 Edmonton Music Awards and their nine song debut album Comeocean was released December 2013.

Catch them in September at: 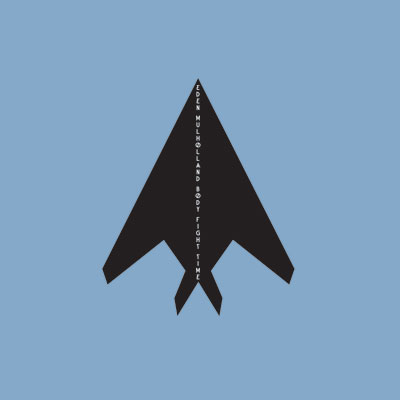 Eden Mulholland’s take on the pop music of the future comes complete with strange voices, ripped apart rhythms, momentary flashes from ethereal orchestras, and all with a complete disregard for genre boundaries. It may well be that Eden’s less conventional path in music -­‐ he formerly was a contemporary dancer -­‐ has helped shape his experimental approach to composition.

Eden Mulholland: pretty much everything else

Scenic Route to Alaska is the story of three best friends from Edmonton, Alberta. Growing up together, Trevor Mann (lead vocals and guitar), Murray Wood (bass) and Shea Connor (drums and vocals), have been friends for as long as they can remember.

When they were first introduced to music, it wasn’t long before they had formed a band and began practicing together. Initially, the band was playing rhythm and blues, and rock and roll covers for hall shows and weddings but it wasn’t long before they were gaining demand around town. Becoming a kind of session band, the trio began backing up countless local artists of varying genres and accumulated the valuable performance experience that made them stand out as a mature young group.

After several years of this and having performed at nearly every venue in Edmonton, the trio finally made their move to create Scenic Route to Alaska in the summer of 2010.

The enthusiastic trio released their second full-length album, Warrington, recorded by Brad Smith and produced by Jay Sparrow, in June of 2014. 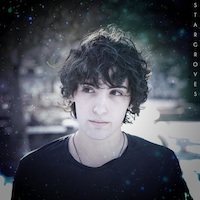 Stargroves’ story begins like those of many indie bands, but unlike most such starry-eyed hopefuls, this dynamic group of NYC dreamers are making their fantasy a reality. Stargroves was the brainchild of NYU student and lifelong musician Teddy Watson, who fronts the band, writes their songs, and recruited its eclectic and talented members.

Inspired by upbeat, unique visionaries like Stars and Sigur Ros, in 2012 Teddy took an exotic three month hiatus to Iceland to get away from the constant drone of NYC and focus specifically on music. In the solitude of Reykjavic, Teddy relearned how to listen, to embrace the beauty of silence, and loudly celebrate the victories. Teddy returned to NYC with the majority of the debut album written.

The album Stargroves was recorded at Threshold Studios in New York City o ver the course of a year and produced by Teddy and some fine engineering by Jeremy Sklarsky. 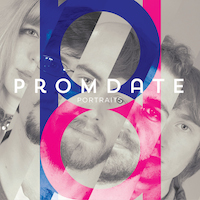 Prom Date’s first full-length album is a testimony to the complex nature of relationships. The ten songs on Portraits highlight how love grows and fades as the distance between people changes.

The group originated as a friend-rock band with penchant for pop music. Experimentation with electronic instruments drew the group to danceable pop music. Prom Date was born from this synthesizer awakening.

After years of playing across Louisiana, the band settled in New Orleans to hone their sound. A self-titled EP in 2012 resulted in several regional adventures on the way to SXSW. Later that summer, sessions at Magic Ranch Studios in Austin, TX became the cornerstone for Portraits.

Their album Portraits dresses everyday issues in fabulous clothing. It was self-released yesterday, when they played an album release shows in New Orleans. They have another in Baton Rouge on Friday followed by a tour in September. 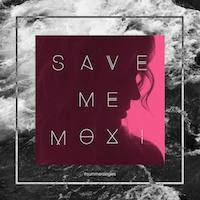 Moxi is an indie pop duo from Los Angeles, CA, built on the dreamy vocals of Anna Nelson and surrounded by the moody, atmospheric keyboards of Andy Toy. Drawing on elements from pop, classic cinema, and 80’s new wave, Moxi sets Nelson’s distinct vocals on a backdrop of big drums and electronic textures.

“Through the Dark“, the follow up EP to 2013’s “In My Dreams” lives up to its name as darker, more beat-driven, and more of a wanderer than it’s predecessor.

Teaming up with Emmy award winning producer Bobby Hartry, Moxi plans to release “Through The Dark” in the fall of 2014 with CatBeach Music.

Get Your Shit Together – The Wet Secrets (Edmonton< Alberta, Canada)

Formed on a dare by Lyle Bell, Trevor Anderson and Kim Rackel, the bass and horn heavy quintet burst onto the scene with 2006′s A Whale of a Cow CD. Written and recorded within one week of the band’s formation, it was a clarion call to anyone within earshot that The Wet Secrets had arrived.

Their shows at The Great Escape were, frankly, unforgettable. In the very best of ways.