Fabulous sounds from Mozambique feature in this week’s show.

We’re well and truly wired for sound this week with news of a fascinating project based in South Africa which travels out to remote communities to record and promote local music.

It’s all very appropriate as the temperature keeps on rising here in Suffolk, that we have music from a Mozambique and a real desert in Mauritania.

The Chase is the debut album from Montreal’s orchestral indie pop band Groenland, led by Sabrina Halde and Jean-Vivier Lévesque, and was released on Aprll 16th, 2013, via Bonsound.

With 20K copies sold and counting since it’s release and 45K downloads of their single Immune as free Single of the week on iTunes Canada, the opus received several nominations such as Album of the Year – Anglophone and Album Design at L’Autre Gala de l’ADISQ.

In 2013, Groenland toured across Canada while giving unforgettable performances at Osheaga and at M for Montreal and were also invited to play at the Festival Off-Courts in Trouville-sur-mer (France), while their song Daydreaming was used as the closing track for the season premiere of The Good Wife (CBS) and the song The Chase was used for an online British Airways ad. 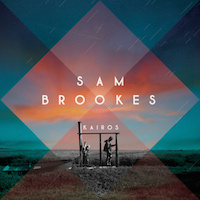 This Is The Place – Sam Brookes (London, UK)

Sam Brookes has become part of the burgeoning acoustic music scene, gigging around the UK on his own and with his contempories.

His songs are, fundamentally, beautifully crafted stories about familiar subject matters that captivate the listener. Musically, his immaculate phrasing and beautifully modulated delivery create echoes of giants like John Martyn and Tim Buckley.

Speaking of echoes, for me there’s just too much reverb washed over this production. I know that with that much it has to be a conscious production decision but I find myself longing to hear the raw recording.

He self-released his album Kairos in March. Watch out for him. I think he’s quite a talent.

You’ll be able to catch him at a few upcoming UK dates: 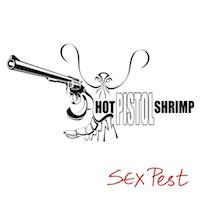 Inspired by the Stray Cats` image and the growling sound of Seattle`s rock, the trio combines unique attributes to complete their stage sound and appearance, as the three band members line – up in the front of the stage as equal members with George`s electric double bass in the middle and a quirky drum kit on the left side of the stage (no drummers left behind) 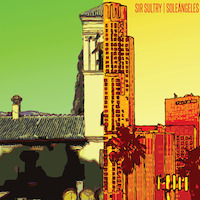 Before It Gets Cold & Smile at Life – Sir Sultry (Los Angeles, CA, USA)

After having lived 11 years in southern Spain performing with Gypsy artists and having lead sold-out international tours, the 36 year-old Margolis arrived in Los Angeles with a mission to further bridge the musical cultures of Spain and American Jazz and Blues.  “Soleángeles” is Margolis’s first album to be officially released with this purpose and is truly a remarkable work where he features some of the USA’s top jazz musicians as well as the collaborations of his Gypsy Flamenco artist friends from Spain.

There’s a show coming up at Alvas Showroom in LA on Saturday. 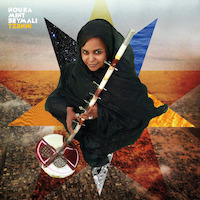 From the Saharan capital of Nouakchott, Mauritania, Noura Mint Seymali embarked on a successful debut tour of the United States in September 2013, bringing sounds from the desert tents and urban courtyards where Moorish music lives to the American concert hall. From one of Mauritania’s most prominent Moorish griot families.

Tzenni (the album title) in Hassaniya means to circulate, to spin, to turn. It’s the name for a whirling dance performed to the music of Moorish griots, often under khaima tents thrown up for street gatherings in the sandy quartiers of Nouakchott and out across the wide deserts of Mauritania.  Tzenni is an orbit, the movement of the earth around the sun, the daily progression of light and dark, lunar cycles, tides and winds.  Tzenni, the dance, comes forth as the cyclical trajectory of a Moorish musical gathering builds to a fervorous pitch.  It’s a word whose expansive valence reminds us how only the most basic reality can create such romantic metaphor.

Produced and recorded across an appropriately dizzying array of locations and social contexts (New York City, Dakar, Nouakchott) the album Tzenni is a contemporary articulation of Moorish griot music from Mauritania—an artform that has been evolving and gaining momentum for centuries—as voiced by Noura Mint Seymali, an artist profoundly steeped in its history and rigorously devoted to its global resonance. 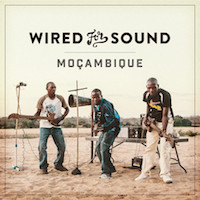 Wired for Sound is an innovative OSISA-funded mobile recording studio that aims to create opportunities for young artists to record and collaborate with more established musicians and explore local youth culture through musical expression. The appreciation of culture and stories of the everyday are unravelled through music and are documented through interviews, radio debates and radio documentaries.

The project is the brainchild of Simon Attwell, founding member of South African band Freshlyground, and radio producer Kim Winter in collaboration with Freshlyground guitarist Julio Sigauque.  Wired for Sound in association with the Open Society Initiative for Southern Africa (OSISA) assembled a mobile 4×4 recording studio, capable of exploring even the most isolated regions of the project’s 2013 destination, Mozambique. The mobile studio is configured to run off a solar panel and battery system, allowing the team unrestricted access to musicians who are not able to travel. Recording locations are then chosen according to acoustic quality, aesthetic appeal and cultural relevance.

Attwell explains, “Most of the tracks we recorded are the artist’s original material tweaked and worked on in collaboration with Wired For Sound or created from scratch for the Wired For Sound recording.” Artists receive copies of their tracks, which empower them to promote their profiles through community radio and Soundcloud accounts. 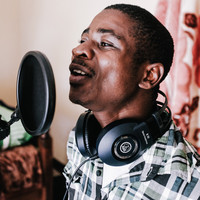 Million Isaac Junior is a young gospel singer with an impressive vocal range. His wish is that Mozambique be blessed with peace and he wants his fellow citizens to feel love through his music. He spoke to us about the harsh reality of being an unemployed subsistence farmer in Furancungo, like most of the young men in the area.

Mateus Mapinhane Charles is a singer and teacher at the local school in Catandica, but his dream is to focus on music. He has set up a production studio at home where he records music for other local musicians and shoots music videos for them in his backyard, all done on his hand held digicam. Mapinhane’s music is influenced by the Chimurenga style music of neighbouring Zimbabwe.

There are a further 15 excellent tracks on the Wired for Sound album. We’ll be hearing a few more on the show but really, the best thing is to nip over to the project SoundCloud page where you can listen to most tracks and there are links to the iTunes and Google Play stores where you can download the whole thing.