Bouncing back with Badala.

A selection of tracks from Europe this week as we delve through offerings from France, Luxembourg and the UK including a couple of artists that were at The Great Escape.

Thanks to Nick, Amy, captjc, Josh and Sarah amongst a frankly gratifying number who got in touch to say, variously “Are you OK?” to “What about another SnC then?” I really have been pleasantly surprised that folks got in touch. It doesn’t happen often and, in this case, the timing was perfect. Thank you.

A native of the village of Djoliba in Mali, just along the Niger River not far from Bamako. These days he’s based in France and has an excellent album “Kirina Kono” which is available on iTunes.

Given the variety of local iTunes stores, it’s probably best just to search to find the music on yours. 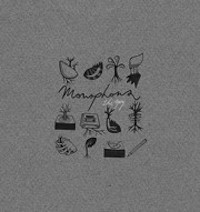 When Claudine and Chook first started discussing a common musical project in the winter of 2010, they came from completely different worlds. He had discovered DJ-ing as a teenager and soon made a name for himself not only as a turntable artist, but also as a drum&bass producer; she was a singer-songwriter touring with a folk-rock band and had an admiration for the likes of Tom Waits, Van Morrison and Joni Mitchell.

Neither one of them knew anything about the other one’s musical roots and influences. Yet, after having built successful careers in their respective fields, they were eager to take on a new musical challenge and search for common ground. The result of this collaboration is Monophona, a blend of two extremes, electronic and intimate, melodic and innovative.

Located somewhere near the crossroads of stomp garage rock and blues folk noise. The line-up offers two electric guitars, a bass drum, a hi-hat, and a few touches of “random loop” electro. Dirty Primitives played their first concerts in 2011 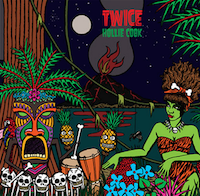 From her latest album Twice which was funded via PledgeMusic and released while we were at The Great Escape in May.

She’s a ridiculously connected artist being the daughter of Sex Pistols drummer Paul Cook. Her mother Jeni was a backing singer for Culture Club and Boy George is her godfather. However, her music stands up on its own.

She joined the re-formed Slits and performed on the band’s 2006 EP Revenge of the Killer Slits. These days she’s playing what she describes as “Tropical Pop” and doing it very well indeed.

We saw two performances at TGE one in the Speigel Tent but previously at The deliciously dark and underground Bermuda Triangle where the set, for me, had more energy and a rawness that I may be in a minority in enjoying. The Spiegeltent show was smoother and the album is, again, to my mind, rather drenched in “strings” which don’t really add that much to some great tracks.

From the most recent album J’ai vu l’amour by the French duo of Samuel Veyrat and Ian Zielinski who deceive their genre at Chanson Urbaine.

Their biography page simple states that “From Ziel read, write and sing. They also play the piano. And they saw love.”

They’re played the Théâtre de Pierres in Fouzilhon, just north of Béziers in SW France on Monday – take a look at the site ( http://theatredepierres.com ) It looks an amazing little stone-built community venue. 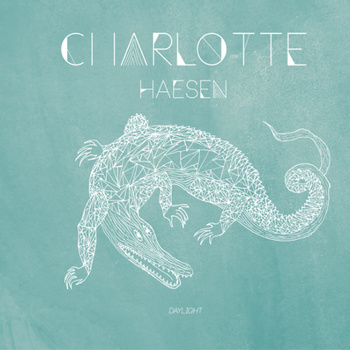 The Land You Belong – Charlotte (Luxembourg)

Charlotte’s Daylight EP is a cracker. The indie-electro band is named after singer and leader Charlotte Haesen who was born in Amsterdam but grew up in Belgium with a French-African mother and a Dutch father who are booth artists.

Since her first album Salomé was released in 2011, she’s hooked up with the Luxenbourgish musicians Jéromé Klein (keys and synth), Aloyse Weyler (dri-ums) and Pol Belardi (ebass and synths). Their collaborative album Da ylight was released last year and they have a new album scheduled for release soon. But don’t wait, you can pick up the Daylight album for as little a 4 euros on her Bandcamp page. 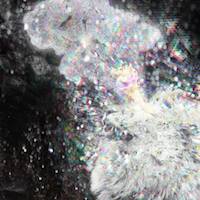 “Halfway between hedonistic Post Punk and Mutant Rock, Shiko Shiko creates epic compositions where furious rhythmic patterns are carelessly associated with wild guitar riffs and pop melodies. With a tremendous raw energy, their performances give to see a possessed band, expressing without any inhibition the emotion emitted from its music, as surprise as effective.
An intense whirlwind taking the audience as it goes though it, letting nobody cold.”

Their current album (and from which both tracks are taken is “Best New Bestiole” on Platinum Records on vinyl, CD and download.