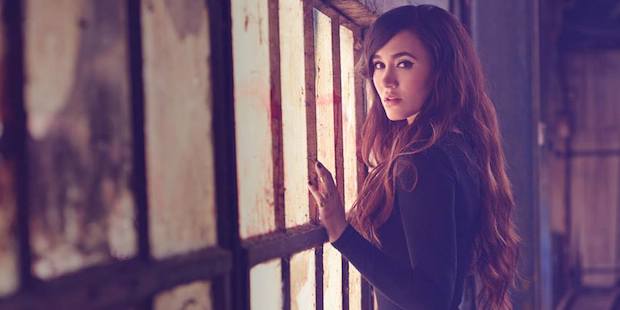 Scarlett Rabe brings her heart-felt music to us this week.

A selection of some considerable contrast this week with a couple of quietly beautiful and affecting tracks matched up with some solidly crafted pop from California and Singapore and even a blast of Australian electronic dance music. 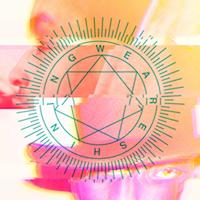 Wheel – We Are Shining (London, UK)

‘DEVILEYES’ is the latest offering from London-based WE ARE SHINING. An 8-track mixtape showcasing the duos signature hypnotic blend of vocal led beats; stand out tracks include their debut release ‘HEY YOU!’, ‘WHEEL’ and title track ‘DEVILEYE’ ft. vocals from Roses Gabor and the recently unveiled ‘KILLING’.

Meeting in London, the production duo ‘We Are Shining’ (are Acyde and Morgan) discovered an affinity for making music together after several years of connecting at some of London most forward thinking and musically expansive club nights.

Exhibiting an outright lack of restraint with their instinctive outbursts of beats, raw grooves and psychedelic noise – what holds their music together is what should tear it apart.  Adhering to no single style or genre, We Are Shining stand out for their unique and distinctly modern approach.

Featuring vocals from Eliza Doolittle, ‘KILLING’ became the soundtrack to one of the most anxiety-driven and heart-stopping dance displays ever seen. The video features professional knife thrower James Taylor and blade dodging dancer Shannelle ‘Tali’ Fergus.

The Fool and the Thief is a down-tempo, contemporary electro-acoustic jazz composition that brings Dee C’rell back to electronics and grand piano, alongside the trumpet tones of German musician Tim Gelo. Combining the elements of electronic sound manipulation, acoustic piano, and the electroacoustic treated down-tempo rhythms, The Fool and the Thief merges all of the possibilities of contemporary electro-acoustic jazz in an exquisite composition.

The song, which is the third instalment of what Boy Epic calls “an intensely personal” video trilogy, comes as his online popularity is skyrocketing. His recent rendition of “Say Something” by A Great Big World (and featuring Christina Aguilera) has nearly 2 million YouTube views in just over two months.

Like its predecessors, “Hell” and “Say Something,” “Wicked” focuses on the darker side of a relationship gone bad. “Wicked” was, according to Boy Epic, “the most difficult of the three videos to film.” The Dallas, Texas native lost 15 pounds to accurately portray the negative effects of the depression and mental instability that often follow a traumatizing event. The video for “Wicked” finds Boy Epic somehow managing to sing while being restrained and seemingly overwhelmed and clawed at by hands covered in a black paint-like material.

For the sake of achieving authentic emotion, Boy Epic decided to feature in his videos someone he knew well: his ex-girlfriend. The two had recently broken up when filming began, so if it seems as if Boy Epic’s anguish is real throughout the trilogy, it is.

Scarlett Rabe, the classically trained prodigy turned soulful singer/songwriter, unveils the new lyric video for “Battle Cry,” the new single off her EP Scarlett. “Battle Cry” will be made available in her online store. Scarlett, who was forbidden as a child from participating in pop culture, now has over one million fans on her Facebook page. She has recently won comparisons to Feist and Florence and the Machine.

Her parents prohibited television and radio. At the same time, they adamantly preached the classical arts. This included five hours each day that were dedicated to piano practice – a tedious routine that honed her musical craft. The result was that her early exposure to pop and rock music came from secretly listening to the radio, forbidden as it was. Scarlett explains: “I’d lay awake at night in my bed writing my secret songs. I’d silently sing about a girl who was suffocating, who wasn’t really alive. The music saved me, pushed me, made me free.”

Independent music growing but still in the margins

According to information just published by Tunecore, one of the largest digital distributors for indie and unsigned artists alongside services like ReverbNation and CDBaby, indie artist revenues grew by almost 20% last year, four times as fast as overall recording revenues which grew at under 5%.

But don’t get too excited.

Despite the heady growth among indies, mainstream artists are completely and utterly eclipsing independent artists overall. According to a recently-released study by MIDiA Consulting, the top 1% of artists are making 77% of all recording revenues.

Another interesting trend from the IFPI (International Federation of the Phonographic Industry) Digital Music Report, is that unofficial videos are getting more traffic (and generating more advertising revenue) than official artist videos. You know the answer, let the artists make unofficial videos.

Light Year came to be, many aeons ago, in a celestial orb – just slightly to the east of Australia’s dance music capital, Sydney.

Light Year’s final release on Bang Gang: “Moderation” made waves within the electronic music scene with Tensnake & Tiga calling it one of their favourite tunes of 2012. Moderation later received remixes courtesy of Paul Woolford’s Special Request project and Jori Hulkkonen (of My Favourite Robot and Turbo fame), which resulted in further worldwide acclaim.

2013 saw Light Year make a definitive move to the UK to allow himself to settle and hone his craft. The move paid instant dividends as Light Year enjoyed a very successful year in the studio with noteworthy releases on distinguished labels Turbo, Convex Industries and This is Music.

Next Monday, Light Year will be releasing his highly anticipated first EP with seminal electronic music record label Ghostly/Spectral. As he continues to work hard behind a rack of drum machines and synthesizers, in his studio, making sounds to merge the global dance floor community into a singular consciousness of light, sound and dance.

Lushly layered and full of fresh, exotic sounds, MONSTER CAT’s new album The Violet Hour is hard to pin down. Despite drawing from a host of genres, the record focuses on creating intense, melodic rock songs while keeping the band’s trademark vocal harmonies. The result is an exciting and emotional sonic trip, that aims to give the listener new perspectives on the rock paradigm.

MONSTER CAT is slated to tour the new record in China (JUE Festival featuring The Lumineers), Australia and Europe for the year 2014. A music video is in the works for their lead single “Take Me To Love”, with more videos and new merchandise to come.