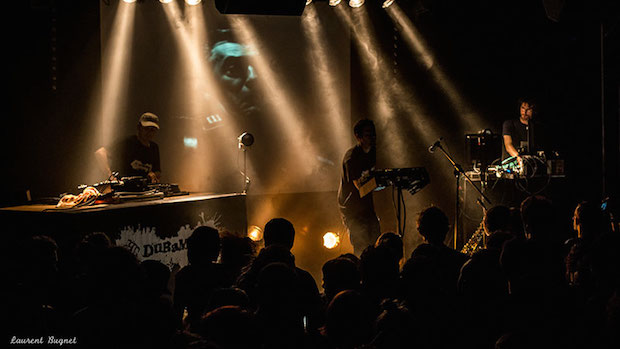 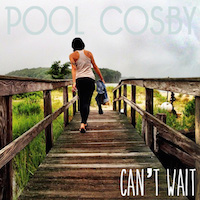 The Brooklyn based quartet, Pool Cosby, are releasing their second full length album, MMHMM: Remixes x Mash-ups x Edits on March 14. The album is already available for free download on the band’s Bandcamp page and to celebrate the release, they will be performing that night at Pianos at 10pm!

The 11-track album was mixed by Gabe MG and was mastered by Dan Millice at Engine Room Audio and follows their Can’t Wait EP which was released last summer.

The band starting gaining buzz in the NYC music scene in late 2012 and are currently #1 on Reverbnation’s experimental artists from Brooklyn list. They constantly play throughout the city, packing rooms including Spike Hill, Studio at Webster Hall, Drom, The Bitter End and Bowery Electric for CMJ 2013. They’ve already begun working on their next album and have already confirmed a ton of guest artists including Kool AD. 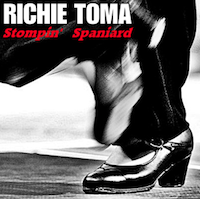 Richie Toma Correa is a musician/producer from the Bronx NY.  His parents gave him piano lessons when I was seven. That lasted a couple of years ’til he lost interest and they decided it was a waste of time and money. However with the advent of electronic keyboards and synths in the late seventies, his love of music suddenly arose and surprisingly the lessons he’d learned were never lost. He was fifteen.

“My parents sold the old upright piano and bought me an electric keyboard and an amp. From there I started playing in bands and began compiling synths, sequencers, drum machines and MIDI. By the late 90’s my brother, DJ Louie Passion got on the band wagon and off we went.

“We had record deals with Nervous, Kult and Fourth Fl. to name a few.  At the time, electronic music was big overseas so several of our tracks became remixes by some of the big boy DJ’s in Europe.

“My last release was in 1999. Since then I have been toying with different styles and genres. But the House always lets you come home, so I am back. And I have been working on some new material that will collectively become my first solo album called Stompin’ Spaniard!  Almost two years in the making it will be a mix of house, latin, techno and disco.  A combination that I feel gives you the four on the floor bass drum with latin percussion and simple yet catchy synth and vocal lines that become repetitive yet infectious!  Have a listen! 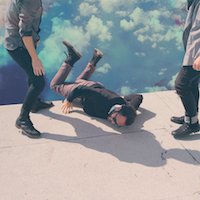 Official remix of the outstanding American band, Local Natives, and their stunning track, You and I, remixed by, Dee C’rell.

Featuring the iconic bands mesmerizing beauty and sincerity, and Dee C’rell’s minimalistic electronic musicianship, You & I is a deep and submerging electronic track that entwines the depth of emotional honesty in the songs beautiful lyrics.

A track that will no doubt be heard throughout the year and beyond.

As SXSW gets underway in Austin we’re already hearing about the line-up for The Great Escape in a couple of months which includes The Neighbourhood who we heard on the show last week.

Check the evolving line-up at mamacolive.com/thegreatescape/line-up/

There’s a pretty good deal on tickets that expires in a few days so, if you’re thinking about going, check this out. The TGE 3 Day Festival Saver ticket price will expire on Monday 17th March so get in now to pick up a ticket from just £49.50 for 3 days of new music by the sea in May. 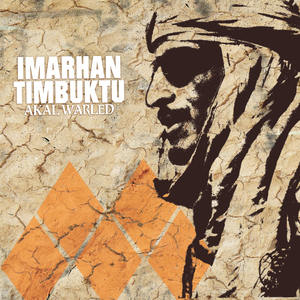 IMARHAN TIMBUKTU was formed in 1993 by Mohamed Issa Ag Oumar El Ansari, known as M’ed Issa. Since 1995, the group has toured throughout the North and South of Mali. Indeed, they’ve supplied much of the soundtrack to life in Northern Mali over the past 10 years.

They have appeared annually on the stage of the Festival au Desert and have performed in Europe and the North America. The group’s name “Imarhan” means “those who love” in Tamashek, the Tuareg language. By adding “Timbuktu”, they demonstrate their strong pride in their legendary home town.

The core members of IMARHAN TIMBUKTU are Mohamed Issa, his brother, guitarist Ousmane Ag Oumar El Ansari, and their two sisters, percussionists and backup vocalists Fadimata Walet Oumar [known to all as “Disco”] and Zeina Walet.

The album title, “Akal Warled” (Foreign Country), speaks about exile and the hardships endured by the Tuareg refugees currently living in the camps of Mauritania, Burkina Faso, Niger and Algeria. These refugees want to return to live in peace in their northern Mali homeland.

Katrin pointed out via the website, that some of the pictures in the shownotes aren’t loading. But then I noticed she was referring to show 098 six years ago. I’d been intending to sort out the unformatted show notes from that time but it is so time-consuming that we really need a whole team on the job. I think it will just have to wait. Sorry. 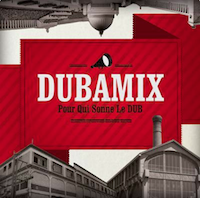 Dubamix emerged in 2003 from one man’s (Greg’s) libertarian revolt and his visceral love for dub. The musical foundation of Dubamix is built on early dub reggae as much as today’s electro dub as well as Haydn, Bach and Dvorak.

The incorporation of excerpts from politician’s speeches highlights their contradictions and contrasts them with Dubamix’s libertarian, anticapitalist and anti-fascist stance.

The live shows (over 80 to date) bring his video mixes, samples and acoustic instruments into creative interaction.

Now Greg is back in 2014 with his second Dubamix album “Pour qui sonne le dub” (For whom the dub) which you can get free from Jamendo. 15 varied and solid tracks to lift the spirits. It’s been a permanent fixture on my music system in the house for a couple of weeks and I’m still loving it, even though I probably don’t get all the political nuances, the music is just so damned good.

He also has a new live set based on samples of yesterday and today and as you’d expect, he’s still revolting against social injustice and xenophobia.

Live shows this month at: 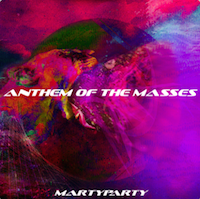 MartyParty and Joker will be throwing down their unique brands of dance music grounded in deep bass on their upcoming North American tour. The two producers will wreck dancefloors around the nation with their hazy atmospherics and sultry-minded sonic vibes  – languorous stretches of synthy psychedelia, grime and deep bass rooted in their true love, hard-hitting hip-hop –  touching down in NYC, Portland, Seattle, San Francisco, LA and more.

MartyParty (Martin Folb) is a sonic enigma – try as you might to peg his “signature” sound, the South African producer/DJ’s genre is decidedly unclassifiable. Whether he’s producing commercial hip hop as Martin Folb or making electronic music as MartyParty, there is no mistaking his sound, rich, melodic and always emotional, an unpredictable roller coaster ride through his new production and timeless catalog.

Martin Folb wasn’t always the life of the party—for years, he was a computer programmer in Silicon Valley. He eventually switched it up, swapping software programming for Ableton Live to produce his own genre-defying music, as well as joining forces with Ooah of The Glitch Mob as  the mega duo PANTyRAiD. The beat maestro has been busy this past year with PANtyRAiD’s full-length sophomore album PillowTalk.

Mostly children’s progress is measured by walking, first words, reading and all that other boring stuff. Well, an eight month old, close relative of mine has just broken new ground with a quite passable guitar chord shape and a decent flaring strum. Proud of him.

It started as a joke between childhood friends. Another Dead Clown was the pseudonym substituted for the latest sketch of a song or stupid idea – the “band” responsible for trade-school homework assignments, guerilla-style open mic appearances, and leading many a late-night dive bar sing-a-long. By 2011, Chris was steadily recruiting a coterie of friends and family to join the organization, and the ranks of ADC swelled along with the hours logged in cramped apartments, spent swapping the roughest of demos and amassing an increasing arsenal of backlogged ideas.

Although recently transplanted to NYC, Gerad had returned to Cambridge, MA a handful of times to rejoin Chris and play songs as Another Dead Clown. To do so, Gerad borrowed Chris’s grandmother’s heirloom accordion and learned how to play it like a squishy piano. The guys narrowed the catalog down to focus on a svelte five tracks, largely based around which songs would sound nice with some added ukulele and\or banjo.

Another Dead Clown’s debut album, “This May Not Work” was released in June of 2013. ADC has continued to grow, change, and push one another to experiment, get loud, and include any and everyone who might have an interest in helping them make music.