It”s “South By” season so here’s the curtain raiser. .. “Are we nearly there yet?”

This week we’re in Austin, Texas. Well, almost. For all those of us who don’t yet have tickets and passes for SXSW this year, a bit of a curtain raiser this week comprised entirely of artists that will be there.

If you are there, this week’s show has a few suggestions for artists you might want to catch live.

If, when you’ve heard the show you simply have to head SXSW don’t forget your plastic. Walk up tickets just for the music festival are now on official sale at $795. A bargain. If you want to take in the music, film and interactive festivals over a very full 9 days, you’ll need your loose change too, to put together $1695 for the Platinum badge.

Ha! We’ve got the music, we’ve got films in the show notes and all the artist links are live and fully interactive – what a lot of money we saved! 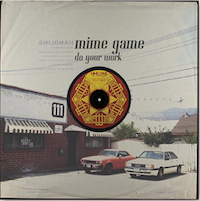 Singer, guitarist and lyricist Dillon DeVoe created Mime Game as a side project in 2007 while still fronting the alt-rock act Josephine Collective.

In forming Mime Game, DeVoe assembled a group of musicians who like to say they are brothers from different mothers, independently and collectively committed to making music from the soul that also rocks every house they play. Home-grown in Kansas, the band spent much of 2012 in Atlanta where they picked up lead guitarist Dalton Gomez. Chris Bradley (bass) and Duncan Burnett (drums) came on board when the group returned to Kansas in 2013.

Mime Game – Do you from Outpost Worldwide on Vimeo. 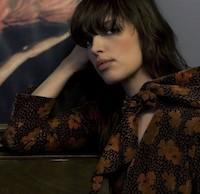 Denmark’s CALLmeKAT showcased at Midem last month and will be down in Austin next week for SXSW. Last week CMK closed out a European tour in Russia and had photographer Naja Conrad-Hansen on hand to capture the trip through the lens. You can view the photos over at Baeble Music along with the premiere of the “Rolling” music video. More of CMK “Rolling” Through Russia can be found at the band’s Instagram and catch CALLmeKAT at their New York showcase at Rockwood Music Hall – Stage 2 on Mon, March 10 at 8:30pm.

Bullett Magazine recently premiered the single, “Rolling” saying, “The song has a future-retro feel, with 60s-handclap pop brushing up against contemporary electronic touches.” The track is from the Hidden Waters EP, out this summer.

CALLmeKAT has a naturally psychedelic approach to alt pop, with references to the treasures of the 60’s and 70’s in a contemporary expression by the way of Copenhagen via Woodstock. The dreamy yet feet-tapping worthy jams weave together a more beat-oriented version of CMK with memorable melodies and wavy vintage organs anchored and lifted by a voice that truly sets CALLmeKAT apart from the masses. 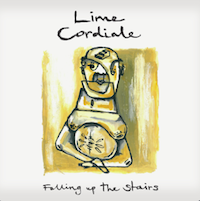 The last 12 months have seen Lime Cordiale perform to receptive audiences throughout Australia, including sold-out headline shows in Sydney earlier this year, well received sets at Australia’s biggest music conference BIGSOUND, Homebake, Peats Ridge and Deni Blues festivals, and gigs alongside the likes of The Rubens, The Specials (UK), Ball Park Music and most recently, as main support on Cosmo Jarvis’ (UK) national tour throughout Australia.

“We’re extremely pleased to present our new EP to North America. Quote a few lines to your girlfriend or boyfriend, and they’ll either love you forever or never speak to you again.  Either way – we made a record to dance and sweat to, which captures the energy of our live show.”

Lime Cordiale will move to Los Angeles this month to support the release. They are also planning to tour in North America and Canada in March 2014, with performances already locked in at SXSW Music Festival in Austin, Texas.  The band will perform at

Since joining forces in 2011, The Jungle Giants (Sam Hales, Cesira Aitken, Keelan Bijker and Andrew Dooris) have forged a strong name for themselves as an incredible live band with their frenetic shows, gracing the stage of Australia’s biggest festivals and touring extensively upon an ever- increasing fan base and undertaken countless national tours (including a series of plum supports, coveted festival spots and their own sell-out shows).

New EP She’s A Riot, is an energetic collection of songs that draw’s upon Hales’ own life experiences of love, live, adventure and loss. Reflecting on friendships and relationships, Don’t Know What Else To Do tells of the cat and mouse game at the beginning of every relationship

Paper Lions are an indie rock band from Belfast, Prince Edward Island in the east coast of Canada whose music shines with sunny melodies and tales of lost youth. Equally influenced by the clear-voiced harmonies of the Beach Boys and the clanging guitars of modern rock, at the heart of the band are long-standing friendships and vibrant pop songs based on the sandy shores of their remote island province.

Formed from a creative partnership that began in their adolescence, the band really found its shape in 2007. Rob and John MacPhee are brothers, Colin Buchanan is their childhood neighbour, and David Cyrus MacDonald they met in high school, but it took time and effort, practicing in garages and playing in clubs across North America, to become the band they are now.

The new album, My Friends, is based on themes of adolescence and youth but marks maturation in the band’s writing. It is the beginning of a new chapter in the band’s career. For the release of the album, the band has established its own imprint, Fountain Pop Records (Outside Music) 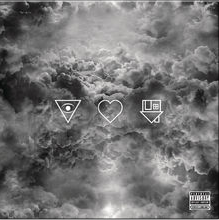 We had the delights of The Neighbourhood on the show 18 months or so ago. They’ve been touring hard and spending some time in the UK.

They’re a Los Angeles quintet specialising in crossbreeding musical genres. The 2013 debut album swirls anthemic indie rock with smooth R&B and some icy electro-pop, all shot through a sun soaked West Coast filter. At the core of this oral amalgam is Jesse Rutherford’s androgynous voice.

At the time of the track’s first playing on SnC they were a remarkably well-kept secret. After releasing Female Robbery on Zane Lowe’s BBC Radio 1 show, in 2012 it quickly became apparent that The Neighbourhood would have no problem finding a home for their brand of infectious indie rock and hip hop expertly melded with youthful melodies and a soulful croon. Their I’m Sorry EP followed and now their first full-length, I Love You. Is now available through their site and from iTunes

Now the word is out and this year they’re playing the .html SXSW showcase show at Palm Door on 6th in Austin next Wednesday, March 12.

Here’s a particularly dark movie of the track. 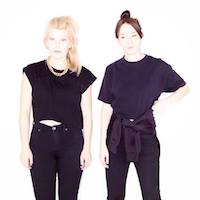 LCMDF: Formerly Le Corps Mince De Françoise (which cheekily translates to the body of the skinny girl named Francoise), the Helsinki-based, Finnish electro-pop duo LCMDF, consisting of sisters Mia (23) and Emma Kemppainen (25), have been successfully and independently writing & producing their own music since 2006.

Between touring, DJing, hosting their own radio show and popular Helsinki club night, the duo is on the brink of completing their second full-length LP, set to be released in Fall 2014. Their honest approach to quirky pop is inspired by modern R&B and electro-dance, mixed with a sentiment based in modern spirituality and online life.