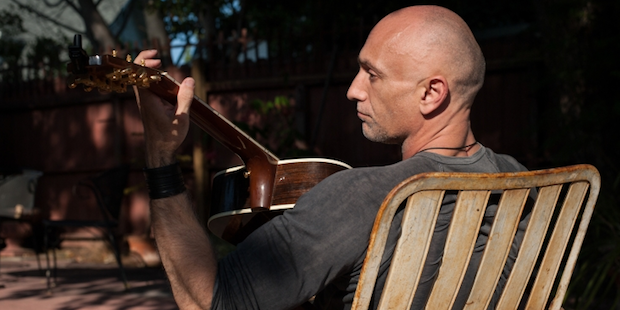 This week we’ve got a couple of remarkable tracks from men who are actually serious about their singing. This is about as far as male voices get from boy-bands; although frankly as far as I’m concerned, nowhere is far enough away.

With tracks from LA, New Jersey, North Carolina, Orange County, Colorado and Sydney, Australia and London we’re in for a packed 400th show. 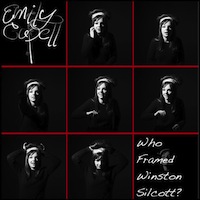 Emily Capell tells blues inflected indie-pop tales of life’s ups and downs, frustrations and elations. On her latest EP she rails against indifference, gets a little frisky, invents a new dance craze and sees history repeating…

How utterly fab and delightful. Quirky songs (no pun intended) sung with gusto and a twinkle. It would never be described as an over-produced album and that indeed is part of its charm – the recording doesn’t get in the way of the music.

The official launch night is on Feb 3rd at Union Chapel, London which doubles as a World Cancer Day fundraiser for Cancer Research UK.

It’s funny, but I could have sworn the Union Chapel was in Islington last time I was there but Reverberation are reporting a relocation to Parliament Square, just on the traffic island outside the House of Commons! 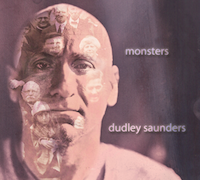 A quite remarkable interpretation of the poem by Byron. It’s been performed as a song before, perhaps best known is the version by Joan Baez.

This recording from his album Monsters lifts the song and imbues it with a passion that I’ve not heard before. Dudley is, in any case a fine singer and hugely talented songwriter in his own right.

He is engaged in a new project called In These Boxes, a performance piece based around pictures of objects that were once owned by people who have died and which we can’t bear to throw away.

Dudley is asking folks to take a photograph of such an object that means a lot to them and post it to Instagram with the hashtag #InTheseBoxes.

Why? Dudley explained in an email a few days ago:

In the fall of 1991, my two ex-lovers died within two months of each other. This was bad but something else was worse: I realized nobody who remembered us together was still alive. Our lives had suddenly become extinct.

The few objects I had from them resonated with a power I could not explain to anyone else – only I knew what they meant. But in time, I realized that most of us have objects like these, that can conjure our loved ones back to life for us in an instant. Which is why so many of us keep them hidden away.

Most of my songs have been about this, gathering together details and images that resurrect forgotten or ignored people. And I decided that I wanted to do that in a bigger way on stage.

Working with my collaborators, I began creating video art pieces that evoked the missing lives in my songs. In most of the videos, I projected myself into the role of these people, and then literally projected the video on a screen behind me as I performed.

But the thing was, I didn’t want this to be just about me and what I’d gone through. I wanted it to be about a common experience that we have all had. Owning these objects is usually a private experience, and I wanted to find a way for us to share it, and bring it out of the dark.

And this is when we came up with the idea of the social media cemetery, and the thought of inviting all your images into the piece as I perform it around the country. I wanted every community to have the chance to be part of this piece, to have their experiences included.

Photos will become part of a kind of social media cemetery at www.InTheseBoxes.com and will be incorporated into the video element of his new music and video art performance piece.

Ideas come cheap but I have huge respect for artists that take the brave step of fully implementing one of their ideas. 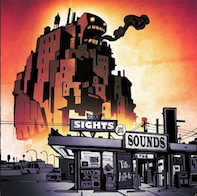 Following up from their relatively recent outing on show 391 back in November a couple of tracks from the, then brand new, quirky album Sights and Sounds which is available as a free and legal download on Jamendo.

Anitek is a trip hop producer from New Jersey. He has been playing piano for 15 years, along with cello, clarinet, guitar, bass, drums and is also a scratch DJ. His main influences are Rachmaninoff, DJ Krush, Bonobo, and Fat Jon.

He often incoporates genres such as Chillout, blues, jazz, funk, Electronica, Lounge, Soundtrack, Ambient, and oldschool Hip hop into his music, creating a lush, melodic Soundtrack for either Lyricists, Commercials or film.

He has loads of music on Jamendo.

Oh boy it’s been a fun week since the musicpodcasting domain expired and the guy who originally acquired it failed to renew. However, I’m pleased to say that the association has negotiated for the name to be transferred top AMP’s care so from here on in we should be fine.

It has meant that we’ve been unable to access the site for a few days but Ro valiantly produced a short AMPed show yesterday with is now up on the Libsyn server so, if you’re desperate, you can hear it at http://amped.libsyn.com/am-ped-show-422

As soon as the domain transfer completes we’ll be back up and running and I’m really looking forward to presenting AMPed 423 on Monday. 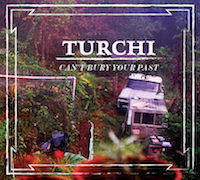 TURCHI is kudzu boogie, a blend of slide-guitar fuzz and Deep-South trance, growing new branches from the deep roots of American music.

TURCHI released their second album Live in Lafayette (March 2013, Devil Down Records, recorded live Nov. 2012 in Lafayette, LA) with featured guests John Troutman (The Mendoza Line/Little Band of Gold) on pedal steel and Brian Martin on Harmonica. The album captured the live energy and groove the band had built on the road, stretching out the songs to sink deeper into the night-train boogie, and received rave reviews in the US and abroad.

The band is focusing on preparing for and touring in support of the release of their next LP, Can’t Bury Your Past is due out on 22 April 2014. 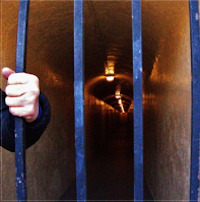 Sam Page is an independent singer/songwriter who creates guitar-driven pop/rock. After releasing a couple EPs and doing 20 gigs around southern California with his band, Sam released his first full album Breach in 2013. As a result of Sam’s relentless promotion, Breach received 20 positive reviews on music blogs, airplay on 100 radio shows, and 85,000 streams on Spotify.

Release Me, the second single from Sam’s current album, released this month.

Confluence mixes angular, math-y arrangements with catchy melodies and subtle grooves to attain a sound that is both emotionally engaging and musically deft.

That’s a description could conjure up an impression of rather clever-clever prog rock self-indulgence but thankfully Confluence avoids that trap with this frankly joyously layered single.

Since January 2013, this Denver-based quartet has shared the stage with Maps and Atlases, Radiation City, Typhoon, AAN, And So I Watch You From Afar, The Tontons and This Town Needs Guns.

This winter, they will release a string of new singles as recorded by Tim Gerak of Mammoth Cave studios.

You can hear more of their music on their Holyunderground site or catch them live tonight in Denver: 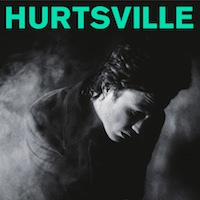 It’s been a while since we had a track from Jack Ladder on the show.

In 2011 Ladder released HURTSVILLE. Following its release he was nominated in The Melbourne Age EG Music Awards in multiple categories including Best Male Artist, Best Song and Best Album. The lead single Cold Feet was crowned “Song of the Year” by leading Australian music site Mess & Noise and HURTSVILLE again garnered Jack a shortlisted album for the Australian Music Prize.

You may just still be able to order the limited, 180 gram vinyl, complete with download card and hand-numbered photo/lyric book, via the Holloweyed webstore iTunes, Google Play, Bandcamp and eMusic.