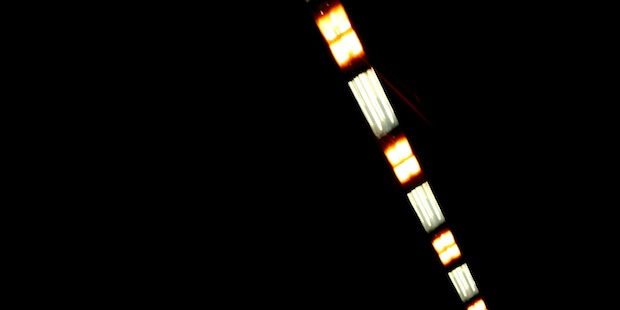 Minimalist artwork from Dee C’rell who also contributes a track from his new album this week.

Those of us in the northern hemisphere mark the passing of winter solstice on Saturday, the shortest day and longest night of the year. I hear there’s something happening next week too but I’ll stick with the solstice which is proven to be true.

The music that’s draining the energy form so many retail joints at this time of year as it demands that we be festive and jolly (that means spend all the money we have and then some) is countered in the show with some beautiful chilled sounds. There’s another advantqage of a podcast, you can listen whenever the need arises! 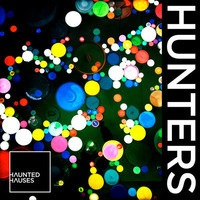 Brooklyn based indie group Haunted Hauses are back with their next single “Hunters” available to listen, download exclusively via The Music Ninja.

Haunted Hauses began as a collective of friends and includes Leif Huckman (Ex Cops), Autry Fulbright (Trail of Dead) and Eric Rodgers (VHS or Beta). Seeking a musical outlet with a different sound from their current bands, they all wrote and recorded songs in between rehearsals and tours.

Ian Longwell (touring drummer for Santigold) was recruited to take over drumming duties on the EP and some production. Longwell’s production skills along with mixes by Hugo Nicolson (Primal Scream, Bjork, Radiohead) give the band it’s unique sound. Haunted Hauses’s debut EP (coming soon) is a snapshot of urban life that sounds both remarkably current and classic at the same time. “Hunters” is the first single.

Soundcloud.com/hauntedhauses – for free download of the single (no strings)

In 2010, Jadea released Eastbound Platform, an independent release produced by David Baxter. Jadea was later nominated for new emerging artist by the Canadian Folk Music Awards which led to appearances on Stuart McLean’s Vinyl Café, Canadian festival performances, European house concert tours and even a CBC recorded performance at the Stewart Park Folk Festival in 2010. Jadea is known most prominently for her vocal work and recordings with Canadian folk artist Catherine MacLellan [Silhouette 2010] and even Canadian metal band Protest the Hero [Kezia 2005 / Scurillous 2011].

Though through heartache and iron fists, Jadea Kelly has discovered her voice – an intriguing marriage of old and new. Built with heavy orchestration, darker organ pads, layered harmonies and sonic space – Clover presents a startlingly drastic, yet unified, musical shift for Jadea Kelly in 2013

Clover was recorded at the Woodshed Studio in Toronto and produced by Stew Crookes, known for his work with Hawksley Workman, Doug Paisley and One Hundred Dollars – and tracked in analog to 2 inch tape.

“For a majority of the band – including myself – this was the first time in our recording history that we had tracked without the trance of a glowing computer screen” says Jadea. “Instead of judging a song based on how it appears and physically looks on screen, we closed our eyes and chose a take on how it felt”. 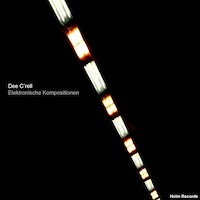 Don’t ever leave myself I – Dee C’rell (London)

We heard from Dee C’rell recently but he’s put out a new album of his characteristically intriguing,

Inundated with requests from DJs and listening audiences worldwide to compile an album in 2013, Dee C’rell explored the diverse characteristics of his previous music making practices to create Elektronische Kompositionen. The album was released last week.

From spoken word to abstract live piano performance and keyboards, fused with electronics and rhythms, Elektronische Kompositionen delves into the diverse range of music making practices that signifiy why so many DJs and listeners continuously embrace this talented contemporary musician and composer.

Continually supported worldwide by some of the most significant DJs and radio stations within a variety of music genres, Dee C’rell is now considered one of the finest exponents of the electronic jazz genre in our present time.

Elektronische Kompositionen is a further addition to the current work released this year by Dee C’rell. 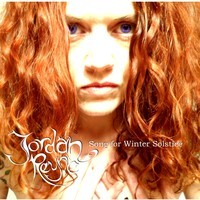 A seasonal track from Jordan originally recorded as a present for her listeners. They really liked it and so she’s decided to make it available to us too and, of course, since it’s a present, it is FREE.

You can download it from Bandcamp or Soundcloud at:

Jordan has been doing a fair bit of work with looping recently, including four tracks that were recorded as part of a live to air radio broadcast which she has put into an EP called Live and Looped which you can buy from her site for just £1.

As if that’s not enough, sign up for her email list (on her site) and you’ll get free downloads of two complete albums. Bargain!

After that she has a bunch of live online performances in Second Life – check them out on her site.

Flumen – The Delay in the Universal Loop (Italy)

At the age of 17, Dylan Iuliano recorded and produced his first solo record Disarmonia (meaning Disharmony in Italian) under the moniker The Delay in the Universal Loop.

Dylan Iuliano lives in a small village on a hill in southern Italy (population 500), where time moves at a leisurely pace. The culmination of all his feelings and musical experiences, the album is entirely self-made, featuring Iuliano on synthesizers, guitars, bass, piano and vocals.

That feeling of timelessness permeates the entire album, particularly in the first track. “Flumen” (meaning “river” in ancient Latin) was inspired by the Heraclitean vision of time, a belief that the world was always in flux. Disarmonia is a beautiful glimpse into a world outside time.

Disarmonia is available worldwide both digitally and physically. 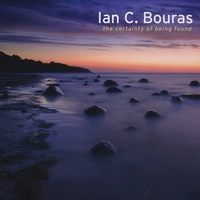 Guitarist/producer Ian C. Bouras, best known for his work with NYC Rock/Reggae band AñaVañA, will be releasing his third solo CD entitled “The Certainty Of Being Found” on SDMP Records.

“The Certainty Of Being Found” is an instrumental CD that includes elements of dub/ambient reggae mixed with spanish guitar. The CD has 12 tracks (6 tracks of dub/ambient/spanish guitar and 6 guitar interludes). It finds finds Ian experimenting further with the mix of dub reggae with spanish and classical guitars. There are also 6 guitar interludes, which clearly show the emotion that Ian puts into his music. It has Ian producing, playing guitar, keys, melodica, and mixing.

David Vincola on drums and percussion, and Mat Fieldes on Bass help round out the sound on “The Certainty Of Being Found“.

Ian is continuing work as an engineer on several projects to be released throughout 2013, and is in pre-production for his next solo offering.

To learn more about Ian or SDMP Records, please visit: 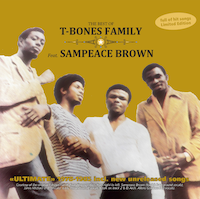 The year was 1976 in the south eastern part of Nigeria –West Africa, being the heart of the Ibo tribe, when Nigerian pop music culture was rising to it’s highest peak. A phenomenon which gave rise to a boom on young generation’s creativity and productivity that culminated mass offspring of boy bands, especially across the southern belt of Nigeria in addition to many already established top bands and acclaimed artist names across the nation at the time.

The recordings and songs styles do also tell good history of the group’s developments phase by phase from beginning til the last period of the group’s existence. And hope you would enjoy this great piece of solid and groovy vibes strictly focused on energetic, hot and melodius rhythms.”

This song was originally released sometime in the late 70s or early 80s. You can get hte album via the Norwegian Street Solid T-Kay label.