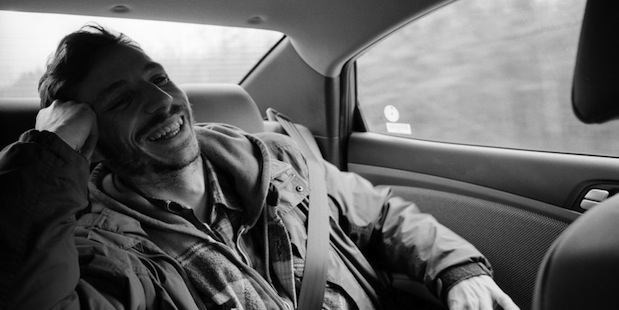 A Suffolk ‘n’ Cool special this week featuring the sublime Paper Beat Scissors who I first came across at a Canadian music industry showcase event in London last year. From the very start, his set was obviously going to be something very different.

His vocal and dynamic range is impressive and gives each song a special poignancy, not is a maudlin way but rather in a way that almost makes you stop breathing.

We met up before the show at the The Bicycle Shop in Norwich (relatively “just up the road” here in the UK) for a chat, a pot of tea and an excellent mince pie, only the first of which I have preserved for you. I promise you would have enjoyed the others but frankly, until we have the technology – I’ll have to eat and drink them for you 😉

The tracks are taken from his albums Live at St Matthew’s Church and the more recent Paper Beat Scissors. both of which are available from his site.

Tim recorded a session and interview at the BBC this week with “Whispering Bob” Harris for Radio 2 which is due to air in January. [I’ll add a link in here when is it is available or when be have a broadcast date]