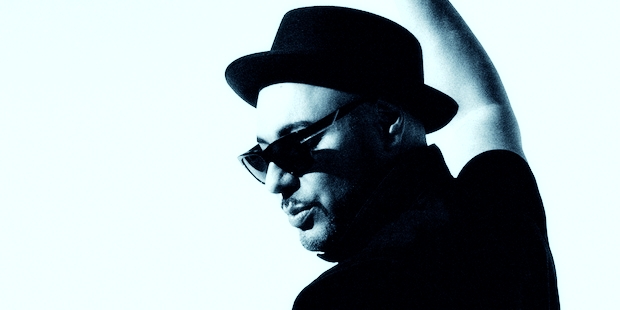 At long last we have Roger Sanchez on the show. Listen to the master.

It’s so good to be back after the summer break which was half forced on me by the dearth of good enough music to play for you and half caused by something rather like exhaustion from all the crap that’s been going on with family health issues. None, thankfully affecting me, but time and energy sapping nevertheless.

I’m thinking that perhaps we’ll try running 10 week (or so) seasons of Suffolk’n’Cool with a just short break between seasons.

The nights have a chill already as we enter the new Suffolk’n’Cool season. I suppose we could could call it season 2 but that would mean that season 1 was almost 8 years long!

The flow of great music has resumed and we’re ready to roll with tracks from Strangefruit, Little Brother Eli, Chad Kichula, my The Great Escape favourites The Balconies and a couple of excerpts from the summer 2013 Release Yourself album by one of the most respected producer DJs in House or as it seems to be known in the US, “EDM”, Roger Sanchez.

Anyway, It’s so good to be back, albeit a couple of days early 😉

Thanks so much for your patience.

Strangefruit are a very special proposition. Drawing on their musical influences of fuzzed out psychedelia and left-field indie rock, plangent folk and vintage jazz, Strangefruit have created something that sounds quite startling and utterly unique.

Named after the protest song that exposed American racism, sang most famously by musical heroine Billie Holiday, this London four-piece make darkly cinematic psych rock and they do it very well.

The band comprises core members Jenny Maxwell, and brothers Peter and Jamie Perrett of Love Minus Zero and Babyshambles.

Front woman Jenny Maxwell possesses a voice that is nothing short of astounding, going from a whisper to a heart wrenching, almost operatic wail in a second. Emotive and spine tinglingly impactful, it’s impossible not to be moved by its beauty and power.

Having already shared the stage with the likes of Florence and The Machine and Dizzee Rascal, Strangefruit spent the summer making their rounds at the festivals.

Strangefruit’s debut EP, Between The Earth and Sea, is taking the online world by storm.

Exile is A.S.’s second album. The album was recorded over four months starting in summer 2011 at RedBox Studios in Paris, and mixed by multi-grammy award winning Darrell Thorp at Studio 101 in Los Angeles. The album is a fitting sequel to Intimate Circles, the band’s first opus, but with stronger rhythms and darker, more melancholy texts, as well as greater daring and originality in the complex, eclectic arrangements.

Formed in 2008, the Paris-based duo consists of vocalist Nick McRoberts (voice, piano) and Idriss Halfaoui (guitars). For Exile they are joined by Raphaël Mercier (drums) of Mass Hysteria and the haunting vocals of Juwenn of Relay (additional vocals on Exile).

Intimate Circles (2009 – Inedible Records) marked their studio debut and included sombre and complex titles such as “Maybe“, “Other Days” and “Intimate Circles” as well as the anthemic “Youth“. Intimate Circles was praised as “without a doubt the debut album that many groups would have liked to record” (Zicazic) and “…while Radiohead meditate and Coldplay rewrite their testament, A.S. moves beyond. They transcend genres, reconcile them…” (Raje Magazine) Since 2008, A.S. have toured extensively in France and the UK and undertook a tour of the USA and the UK in summer 2013.

The album artwork for Exile was born of the collaboration with French photographer P. Gaston and was shot entirely on location in West Scotland. The album was mastered at legendary Metropolis Studios in London by John Davis (U2, Snow Patrol, Velvet Underground).

“This is definitely a different album to Intimate Circles”, says Nick. “We weren’t afraid to spend months and months getting things just the way we wanted.”

Little Brother Eli comprises Alex Grew and Joshua Rigal . We’ve been writing and recording music which has culminated in this exciting band.

We take a lot of influence from blues artists as well as old skool hip hop, but the main focus of the band is just writing great songs.

We have assembled a talented band allowing us to get these songs ready for fans at our live shows. The band consists of Benji Page, Adam Stowe and Linus Taylor. Rehearsing the band has been a really exciting experience watching the songs take on a totally new light as different musicians interpret the music.

I’ve been trying to get the music of legendary NY producer/DJ Roger Sanchez onto the show for literally years. Way back in show 134 (September 2008, you’ll hear my reaction to catching him play one of his legendary sets at Pacha in Ibiza.

My daughter Jessie introduced me to this master of House music back then and I’ve been expounding the virtues of the genre ever since.

Along with some traditional dance and folk music the best of House seems to hook into some primeval instinct for rhythm and bass sounds. Indeed the rhythm is the most pervasive element in this long clip from this year’s summer  album Release Yourself 2013.

As ever the two CD set (or whatever a download is called) takes the usual form of Pre-party and Party discs.

Sunset sessions are an glorious institution in Ibiza, when crowds gather along San Antonio’s famous “Sunset Strip” to start their evening with a fairly laid back soundtrack to the sunset, across the bay.

The pre-party session follows with the sounds easing clubbers from the sunset to party time. Our first except is from the pre-arty session.

We’ll take a listen to a couple of clips from the party session a little later in the show.

In order to succeed at anything in life it takes dedication and sacrifice—singer/songwriter Chad Kichula knows this first hand. He works full-time cutting and pruning trees by day as the owner of a forestry company, and spends nights cutting soul stirring tracks.

It took awhile for Chad to learn to balance his passion with what pays the bills. Having written and recorded music since 1999, it was not until Chad sold his truck in 2005 to pay for his debut album, that he was able to get his music out to the masses. Chad’s self-titled debut was an Americana/Roots-Rock album that showcased his development as a songwriter.

In 2012, A Fire was released, a tribute to the blue-collar life. Immediately afterwards, the The Whale’s Back sessions began. With a busier schedule as that of his bandmates, the process took a while to complete. Although Kichula’s previous releases have all had elements of country music, The Whale’s Back will be his debut alt-country album. Although Chad is still working a very physical and demanding job to support his music he is not complaining. It seems like a way of life after all these years—the working side and the creative side combining to make the best artist possible.

Lots of coverage this week for the first Instagram music video to go viral – the result of some really hard work from much loved Long Island band NGHBRS who’ve been on the show before.

Here’s the press story in the Wall Street Journal and here’s the video itself.

The Slo – The Balconies (Toronto, Canada)

In anticipation of their long awaited full-length record Fast Motions – to be released digitally in October, physically in January 2014 – The Balconies are setting out on an intense fall tour schedule that will see them hit western Canada, the US, and Europe within an eight-week period. The tour follows a whirlwind summer full of festival dates, including the UK’s The Great Escape, NXNE, and Le Festival d’été de Québec.

Their schedule shows no signs of letting up anytime soon with shows pretty much every day through October and November from London to Vancouver and Winnipeg to Copenhagen. (See their site.)

As they say, “The Balconies continue to steamroll unsuspecting crowds throughout Europe and continental North America – doing it heavier and sweatier each and every night (go ahead, try to outdo Jacquie’s deep rock lunges and swirling hair).

Fast Motions was recorded with the legendary Arnold Lanni (Our Lady Peace, Simple Plan) and showcases the tight, swirling, sweaty new hard-rock sound that audiences around the globe have been witnessing since the beginning of the year. The Balconies recently treated fans to a sneak peak at one of the album’s lushly-orchestrated centerpieces; “The Slo” is now available for free download via the band’s website. A music video for the track has just been released.

Check this live video – that’s the way they are!

Our second excerpt from The Release Yourself 2013 set.

By midnight or so, the “name” DJs such as David Guetta, Fedde Le Grande and, of course Roger Sanchez, have been off for dinner and are getting ready for their Party sets at the huge venues such as Space (http://www.space-ibiza.es/) and Amnesia (http://www.amnesia.es/) which has a capacity of 5,000 or the more up-market clubs such as Pacha (http://www.pacha.com/).

When we say party, we’re not talking a glass of cheap wine and some nibbles. This is full on large venue nights when clubbers will be blasted with VERY loud music, other people’s sweat and occasional blasts of dry ice until 6AM.

Take a look at SPACE and PACHA

In keeping with the sound of “My Roots”, the official music video, produced by SHERIF HIGAZY, uses striking animation featuring a range of instantly recognizable New York iconography.

The video was debuted exclusively in the Huffington Post’s entertainment section along with a great write up and interview with Roger and Sherif.  Roger talks about his renewed sound, why making videos is important to him, and more.

Director Higazy speaks of “coming up with a visual vocabulary to translate” the “sights and sounds” of a Sanchez show to a music video, which he accomplished by “chucking and dripping paint onto a canvas (which we superimposed digitally) to give the piece the energy and movement it needed.”