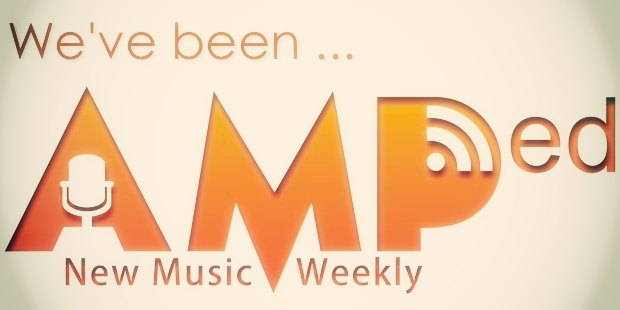 An unusual show for you this week.

We have rather demanding family circumstances entailing an elderly parent’s funeral to arrange for Friday. I’m dealing with the bureaucratic ramifications of registering deaths, getting all the paperwork in place for cremation, etc. I’m afraid SnC is one of a number of things that have had to be displaced.

However, the good news is that I was able to substitute for Kimmi who was scheduled to present AMPed for The Association of Music Podcasting this week. Kimmi presents her own Metal Deli show, so the submissions from fellow AMPed members had a more rocking vibe than they otherwise might have done.

It was a revelation, with some hugely enjoyable tracks that I’d probably not have selected for SnC. So this week’s SnC is going to be AMPed – if you get what I mean. If you’ve already heard AMPed, you’re excused (although you’re very welcome to listen again). If not, I hope you find it interesting. I certainly did.

Submited by Chris from Canada of Insomnia Radio: Canada

Bite are from Waterloo Ontario Canada. They hit the Indie scene with their debut record Feeling.
Chris from Insomnia Radio Canada play this band on show 19.

Author Of Me – The Esoteric Gender

Submited by Dave & Caroline Lee of The Bugcast

The Esoteric Gender might be born in Reykjavik, the world’s northernmost capital, but the band draws its roots from all over the world. Four members, four different countries: England, France, Denmark, Canada. This explains the vast scope of genres their music touches, from dance to triphop, from rock to electronica.

Steel Cranes is an Oakland based rock duo with Amanda Schukle on drums and Tracy Shapiro on vocals and guitar. Formed in January 2012, their first full length album Ouroboros is scheduled for release on September 24th, 2013.

Last week Aynsley Lister released his tenth album, ‘Home‘, which is available at his shows and from his own label Strait Talkin’ Records.
He’s currently touring the record playing a whole series of dates around Europe (including some in his native UK).
Details of dates and how to get the album are on his website.
A free download of his version of Bill Withers’ s Ain’t No Sunshine is linked from the shownotes for Suffolk’n’Cool show 382.

Submited by Ro of DarkCompass

Hailing from Oslo in Norway, Shining are a BLACKJAZZ band, and with a new album called one one one, they are taking the european scene by storm – with sell out gigs in their home country as well as a huge following in the UK. Check them out at shining.no

Over My Dead Body – Nightblade

The days of exciting Rock n Roll are back. !
Based in Brimingham in the U.K., Nightblade opts for the classical approach to Metal with Metallica, Sabbath and Maiden influences, and deliver highly polished no nonsense metal with a set of tracks on the new album that are all killer with no filler.
They just released their second album, “Closer To The Threshold”, from which this track is taken.

Frankenbok are a metal band from Melbourne who are dedicated to bringing you great Australian metal filled with cheers, beers & beards. The band love hitting the road, often playing in regional areas, interstate & in New Zealand.