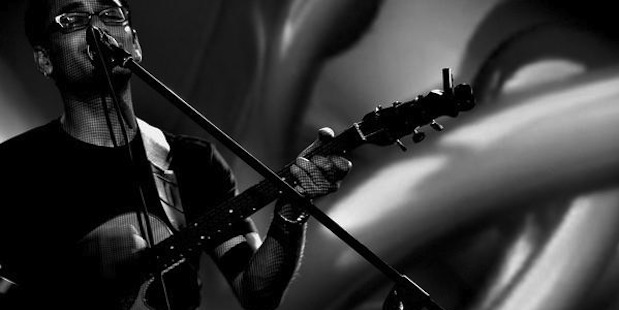 A final official visit to The Great Escape again this week – this time featuring some of the bands we didn’t see as well as couple that were experienced.

My personal CD blagger Pete Cogle picked up a couple of particularly interesting albums that we’ll be taking a listen to and we’ve a couple more cracking tracks from Mumbai, India along with an amazing sound from Canada and a couple of “local” bands.

The Petri Dish Project is an Ambient Psychedelic Rock with an Acoustic as well as an Electronic Vibe. The act is a collaborative of musicians Ashutosh Phatak, Lindsay D’Mello and JD Thirumalai. Ashutosh Phatak is a singer-songwriter and one of the owners of the Blue Frog club and record label.

He released his debut album “Sigh of An Angel” in October 2008 with Blue Frog Records. In 2009 Ashutosh performed at the South By South West music festival in Austin, Texas. He released his sophomore album “The Petri Dish Project” in 2010.

More of their music is on Soundcloud at last.fm

Sadly, their website isn’t loading right now but if you find it is, let me know and I’ll update these notes but you’ll find them at Indian Bands Hub

This video includes a bit of explanation and Ashutosh is doing some magic things with his keyboards.

Farao is the pseudonym of London based, Norwegian artist Kari Jahnsen. As Farao she spent February in Reykjavik recording with Mike Lindsay from experimental folk group Tunng.

‘Skin’ is the first track to be released as a digital-only single on May 27th. The song covers a tale of extra marital affair from the view of the seducer. Farao played all instrumentation barring drums, which was covered by Magnús Trygvason Eliassen. The B-side features a remix from Manchester’s Ghosting Season.

She played TGE but we somehow contrived to miss her. TGE’s like that though. At least Codger picked up the Tipping Point sampler CD.

Get their free album at www.electricpowwow.com

In 2008, DJ’s NDN and Bear Witness founded A Tribe Called Red. In 2010, they added two-time Canadian DMC champ, DJ Shub to the crew. Electric Pow Wow is a monthly club night dedicated to showcasing Aboriginal DJ talent and Native urban culture and is aimed at creating a space for Aboriginal people. ATCR creates an eclectic sound made up of a wide variety of musical styles ranging from Hip-Hop, Dance Hall, Electronic, and their own mash-up of club and Pow Wow music, known as Pow Wow Step. You can catch Electric Pow Wow every month on the second Saturday at Babylon nightclub in Ottawa, Canada.

A CD that Codger picked up at TGE. It may well have been in the Delegate Lounge 😉

The genesis of Adrian Roye & the Exiles’ debut album dates back to a January night at the 12 Bar in London in 2011. The band were opening for one of their favourite producers, Michael Chorney, who had recently received widespread acclaim for his arrangement of Anais Mitchell’s Hadestown, featuring Justin Vernon of Bon Iver and Ani DiFranco. Chorney was so taken with the band that in the middle of their set he invited them to record with him in Vermont. It was an offer too good to turn down. Six months of preparation later, on July 4th, the Exiles arrived at the Goose Coop, Chorney’s secluded Vermont studio. For the next week, surrounded by the lush forests of the Green Mountains, Adrian and co laid down the ten songs which together form their debut album, Reclaimed, due for release July 2013.

Warning there’s a single F bomb in this track at 2:18.

A track off a sampler CD I picked up at TGE. There is such variety of styles on the album and almost all of it infinitely playable.

Another track from the excellent Black Black Hills whose outdoor set I caught while at TGE last week.

This week’s track reveals another side to the band after we heard Far From My Arms last week.

The band’s brooding, dynamic energy has already begun to capture people’s interest and support: Their track A Drowning was recently selected for the Radio 1 playlist.

Upon The North – Eliza and the Bear (London, UK)

No one in this band is called Eliza. They are called James Kellegher, Callie Noakes, Martin Dukelow, Chris Brand, and Paul Kevin Jackson.

I can’t tell you a lot more about them yet but you could catch them live at Wychwood Festival, Cheltenham this weekend then it seems like loads of festival shows at LeeFest, Lounge on the Farm, Secret Gardemn Party, Leopallooza (in Cornwall) and Wilderness Festival at Cornbury Park. Loads more dates on their site.