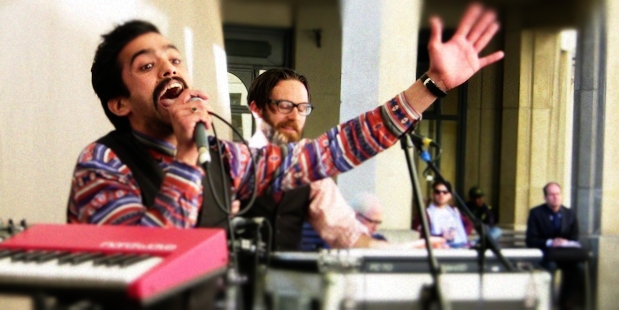 A Suffolk’n’Cool special from Brighton on the south coast of England. We’re here for three days of independent music as artists from around the world showcase their talents to audiences comprising about half and half music biz folks and real music fans.  Join me for The Great Escape.

Minus the makeup – Blek (Mumbai, India)

Blek were one of 5 winners of the Ray-Ban Never Hide Sounds, a nationwide talent hunt for best emerging artists in 2011.

The band released their debut EP “Hexes + Drama & Other Reasons for Evacuation” as a free download (available on ennui.BOMB Records : www.ennuidotbomb.com ) early last year and has since been one of the most buzzing acts on the Indian indie circuit. Backed with super reviews for the EP from all quarters, Blek has gigged extensively covering most of the country. They plan on releasing their next EP this summer supported by a multi-city tour of India.

Their appearance on the Komedia Studio Bar stage was an unexpected surprise which Codger. Grumbler and I stumbled upon totally by chance. I picked up a sampler album of Indian rock music which has some absolute gems – so we’ll be hearing more on Suffolk ’n’ Cool and, I suspect on PC Podcast. 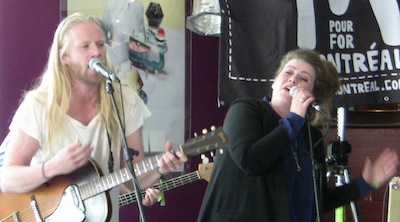 We had a track from Hjaltalin last week so I was keen to catch their set at Above Audio.

Afterwards I spoke with songwriter, guitarist with Hjaltalin, Högni Egilsson 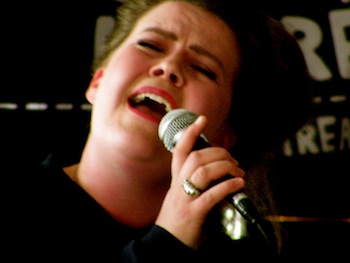 A great set to stumble upon totally by chance. Mark S Aaron’s voice caught my ear along with some really interesting percussion on a solid bass. That certainly does it for me.

The band’s brooding, dynamic energy has already begun to capture people’s interest and support: Their track A Drowning was recently selected for the Radio 1 playlist

One More Tear – Echo and the Empress (Adelaide, South Australia) 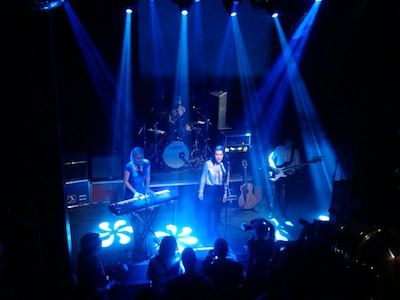 The first set of the Great Escape kicked things of at The Haunt – one of around 30 venues used for TGE. This is a great little space with a balcony from which you can look almost straight down onto the stage. Just as long as you’re in the first three rows!

Their first TGE and they were first on – so no pressure for Skye and Beth then! They went on to play three packed shows during the festival and have certainly done themselves proud on their first visit dates in the UK. I’m looking forward to catching them again next time. 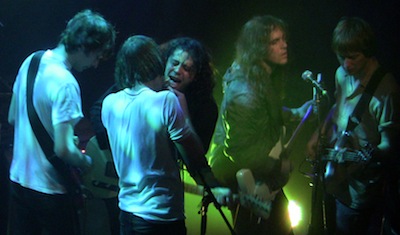 Velociraptor played sets at both The Haunt and the Aussie BBQ at Concorde 2.

Their 10 person line-up impresses both the eyes and the ears with drums (no seat), bass and keyboards plus seven or so guitars and almost everyone singing.

Certainly an endearing riot of a performance which should not be missed.

Main singer Jeremy Neale played a solo set in the hushed galleries of Brighton museum on Saturday evening which was a magical contract to the full band sets.

You Should Consider Having Sex With A Bearded Man – The Beards (Adelaide, South Australia) 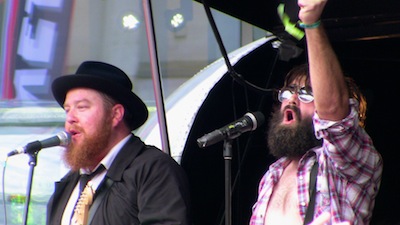 To close out the Aussie segment from The Great Escape a band that can only be described as “niche”. The Beards have an album called Having A Beard Is The New Not Having A Beard featuring thirteen tracks, every one on the subject of, and indeed, in praise of, er … beards.

What they really are is a group of highly skilled musicians with a beautifully developed sense of the absurd and, in Chelsea Sinnott, one of the hardest working and best fun mangers around.

On their current tour they’ve already wowed LA, SXSW, Canadian Music Week, Bearded Theory and Byron’s Bay Bluesfest. They are in the UK for a few more days so you may be able to catch their unashamedly totalitarian beard-rock shows at:

Then they are back into Western Australia, Victoria and NSW throughout June. If you can’t get to a show, Do check out their videos on their various web presences: