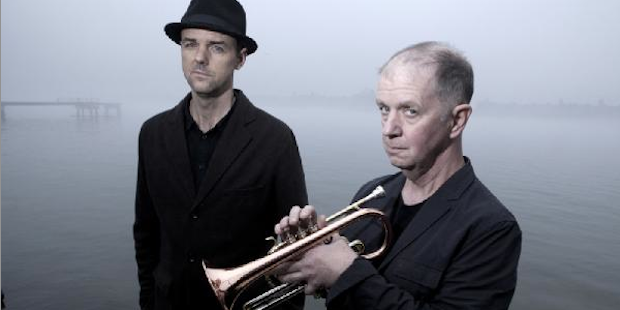 And The Wiremen make a very welcome debut on the show this week. Music to truly hold your interest.

A delicious selection of hand-picked musical treats this week, one of which gives a wink and a nod in the direction of good old prog-rock.

We have lots else besides including rather a rude bit of musical satire aimed at the bankers, politicians and bureaucrats.

Lots to listen to and all part of your weekly blast of fresh musical air from all around the world via a barn on the east coast of England.

Among Criminals has been working their way from the ground up, on their own blood and sweat. Self-touring with 650 shows in 4 years, and self-recording with thousands of units sold with no outside help makes this an indie band in the true sense of the word.

Their combination of Clash-esque Reggae Punk, catchy choruses and an extremely intense live show makes this band a force to be reckoned with.

The One – Studebaker’s Blacksmith Shop (Germany)

A fine piece of good old prog rock from this German band. The vocals are particularly impressive and, in this track, bring to mind the tonal quality and clarity of some of Sandy Denny’s work, way back.

I can’t tell you a lot about the band but you can get their music from Jamendo, and they’s like you to! Do check out Elimination of Danger on their 2011 album “Excuse me, are you sick?”

“The recordings for the new album “Excuse me, are you sick?” start at the 04th February 2011 in our Bunker.

We busy practice the 12 songs and every time we play them again, you see how every one feels more comfortable with the songs.

We´ll record the rough-mix with Janz, who has recorded “Champagne Desert Love” and the final mix will be taken by our beloved producer Viktor Bullock.

We´re looking forward to the recordings and hope to proudly present live “Excuse me, are you sick” at the 30.04.2011 in the Rocket Club, Landshut.

Rayuela – And The Wiremen (Brooklyn, NY,USA)

And the Wiremen is lead by Brooklyn-based songwriter and multi-instrumentalist Lynn Wright (Bee and Flower) with former Sparklehorse guitarist/trumpeter Paul Watson (Michael Hurley), Pere Ubu bassist Tony Maimone (Frank Black, Mekons, Book of Knots, etc.), guitarist Jon Petrow (Cloudroom, Bee and Flower), and a revolving cast of musicians to create music that evokes images of a gothic deep South combined with the rhythms of South America and the grainier elements of barroom jazz and avant-pop.

They are improvisatory, whimsical, and pleasurably good at leaving a listener playing a song-to-song guessing game. At times heavily Latin-influenced–with strokes of cumbia and an underpinning of Colombian and Brazilian percussion.

Check out the whole album on their bandcamp page at: http://andthewiremen.bandcamp.com/album/and-the-wiremen and pay what you like for tracks or the complete album.

From the artist that got me in trouble a couple of weeks ago when they were featured on AMPed – a delightfully quirky and almost fragile track with a snappy title.

Too Rockabilly to be Country, too Honky Tonk to be Psychobilly, and too Punk to be Bluegrass, Angie and the Car Wrecks are hard to categorise. With blazing guitar solos, thumping upright bass, killer washboard licks, and story-telling lyrics, any music lover can find something to love about them.

Two albums, the 2010 “Bender Bound” EP, and 2011’s “Boozed and Bloody“, have been well-received, landing them some prominent gigs all over the Northwest. A new album, Half Grass, is also available for just $10 from the band’s site.

They’ve got a couple of shows this weekend:

We Have Arrived (Re-spliffed) – Wick-it the Instigator (Nashville, TN, USA)

He’s got a reputation for doing some thoughtfully fresh and mind-blowingly original remixes that take him from beyond a standard dub step or mash-up artist to a DJ/producer with skills that have turned heads and caught ears all over the Southeast.

In a live setting, he sends people off with his mix of humor, ingenious pop culture samples and beats that can’t be touched. While his roots are firmly planted in hip hop, there is no shortage of heavy electronic bass music at a Wick-it show.

A gem of a song and surely an anthem of our times, performed by a bunch of people (I think) in North London who like to express themselves the the medium of a rousing song.

The second verse and chorus sum it up remarkably succinctly. For clarity, I should point out that “bugger this and bugger that”, when used in the context here, means to hell with, it has nothing to do with buggery:

“The system is bent and the money’s all spent, we’re badgered from every direction

Where there’s brass, there’s muck and they don’t give an arse

‘Cos we’re programmed against insurrection

Bugger the bankers and politicians, bugger the bureaucrats too

Bugger the buggers who make up the rules

And if you’re one of them – bugger you.”

Written by Suzy Davies and performed by The Austerity Allstars

You can download the song, karaoke version or juts the chords and lyrics from their Bandcamp page: http://theausterityallstars.bandcamp.com

Alternatively, you can get to it all from:

She Married A Monster From Outer Space – Filthy Fingered (?)

I can tell you nothing at all about this artist, except that the music is very newly available on Jamendo as one of 10 tracks on the album Plastic Tales, which was released just this morning.

There may be more information by the time you get to the Jamendo artist page. If so, let me know and I’ll add a bit more to the shownotes that look remarkably bare right now.

From his album One Dollar Note – one of 31 albums that he has published on Jamendo. It is all a bit strange but some of the music is really refreshing. Download this track or the album at www.jamendo.com/en/list/a115855/one-dollar-note

“These albums are a selection of 5 abandoned works of mine [Black Comedy Vol: I,II,III and Isabel Vol: I,II ] produced between the 2008 to 2010, they all come from improvisations played just once and never repeated again, except just a few exceptions such as covers.

As an artist I am officially retired since October 2010, the 7th, musically speaking. I found out about Jamendo. I realized that come of my music could have had been published. My music was never meant to be sold so let’s get into the  ‘Free and Legal music for all’ community.”