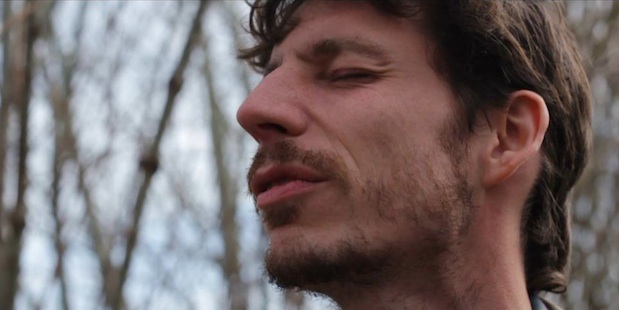 Paper Beat Scissors, our featured artist this week – well worth an attentive listen.

An unusual show this week in that it features just two artists.

However, it does take on a slightly different form. We have the opportunity to hear a bit more depth and variety from one of the artists, Paper Beat Scissors.

The show has a couple of other benefits in that it is shorter than normal and will have less of me!

The weather has really closed in here in Suffolk with temperatures expected to be well below freezing all week.

The water supply to the barn is already frozen so I’m having to make do with liquid refreshment characterised by a lower freezing point, but higher alcohol content).

Hell, I do like Veterano – a deliciously tasty Spanish brandy that normally accompanies my coffee but this week is making a solo but all-day appearance.

Another track from their debut self-titled album to follow on from The Potato Song that we heard last week.

The Water Village came about when a Swedish music producer and a Japanese songwriter met in Boston in 2011. Even though they had different nationalities, musical backgrounds and even tastes in food they shared the same musical taste at the core.

The melodies are inspired by traditional Swedish folk songs and the tones of old Japanese instruments. It is a magical collaboration of experimental sounds from two different cultures.

PBS is Burnley, UK born and now Halifax, Nova Scotia resident Tim Crabtree whose voice, guitar (and other tinges) produces music of the most exquisite intensity.

I had the extreme good fortune to see Paper Beat Scissors at an Atlantic Canadian Music showcase event in London a few weeks ago.

The last three years have seen national Canadian and European tours, national radio play on CBC and BBC for the debut EP ‘Flicker‘.

These three tracks are on his beautifully produced self-titled full length album.

Tim is also a regular collaborator with Tanya Davis, appears on her latest album Clocks and Hearts Keep Going, and produced the music for her viral video ‘How to be Alone‘, (3.5 million views on youtube).

I did play another track from the album, Rest Your Bones a few weeks ago. Here’s the video.