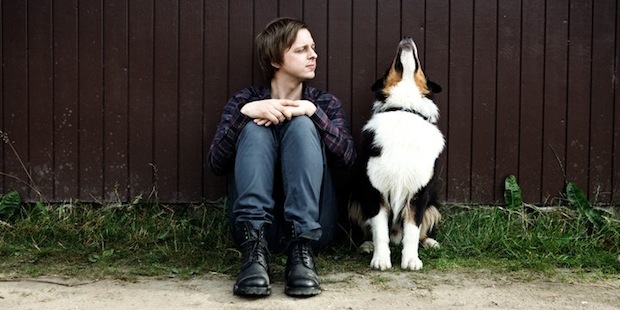 Making waves – Teitur is the latest in a fine stream of impressive Faroes Islands artists.

A selection of the most interesting music I’ve heard all week in this week’s Suffolk’n’Cool. The tracks come from LA, Colorado, New York, Orange County, London and the Faroe Islands and they as diverse as their origins. There’s also a particularly high level of instrumental playing in evidence this week – listen out for Teitur’s playing in particular as well as Gypsy Bed. Fabulous stuff.

From the very first conversation, m.0 and the iLL.F.O. bonded over a love of synthesizers. It was the start of a friendship that would inspire them to reach for their dreams.

But it was more than just starting a band. They shared a vision of what a 21st century artist could be. The tools kept getting more powerful, and you could broadcast your work instantly. Having total creative control, you can share ideas and express yourself… which might empower others to live their dreams too.

From all these late-night conversations, the seeds of Nerd Revolt were planted.

Jamming out at Command Central, they started with what they knew best: music. Both lifelong musicians, they felt an instant chemistry in the studio. NR’s first EP, Haze of introspection…and sh*t. captures the pensive, moody atmosphere of their early days as a Live PA act.

With their eponymous debut album, Nerd Revolt has unveiled a more confident and refined sound. Dark, complex, and synth-heavy, their self-produced record captures an emotional journey and tells an inspiring story of liberation. the iLL.F.O. (lead vox + synths + programming) delivers hypnotic, confessional lyrics and psychedelic soundscapes, while m.0 (synths + programming) holds it down with his production, sound design, and engineering skills.

Keeping true to their vision, Nerd Revolt’s creativity goes beyond just music. Self-taught in video production and photography, they’ve seen their collaboration take on new dimensions. As their friendship evolves, so does their art… and the whole journey’s being documented on their blog,dejaded.com.

Nerd Revolt isn’t about hype, pretense, or bowing down to the status quo. It’s about expressing yourself and spreading positivity. It’s about being who you are and inspiring others to embrace themselves. Through living their dreams, m.0 and the iLL.F.O. are empowering people around the world to believe in theirs.

And the revolt’s just beginning…

Bob Lefsetz, in his excellent Lefsetz Letter quoted lyrics from Macklemore & Ryan while they were at number 1 in the iTunes album chart:

“The Heist” Macklemore & Ryan Lewis contains the song “Jimmy Iovine.” You can hear it here:

You can read the lyrics here: http://www.songlyrics.com/macklemore-ryan-lewis/jimmy-iovine-lyrics/

Although there are references to Jimmy earlier in the track, at the end the lyrics are:

Remind me, now what’s your name?

Of course, today has been crazy

We’ll give you a hundred thousand dollars

Manager gets 20, booking agent gets 10

So shit, after taxes you and Ryan have 7% to split

No one will give you a better offer than us

I replied I appreciate the offer, thought that this is what I wanted

Rather be a starving artist than succeed at getting fucked”

Although this song is specifically about Jimmy Iovine, it could be any record label honcho. You see the label and its execs need the money, to protect their lifestyle, to try and succeed in their failing race to keep up with the bankers. Selling recorded music ain’t what it used to be, and they’re not gonna suffer, the acts must.

Never one to hold back in expressing his opinions, Bob Lefsetz is invariably a good read.

Renowned singer-songwriter Teitur is on a U.S. and European tour in support of the recent release of his EP Four Songs. The EP contains three new tracks, “Home”, “Jailhouse Jumbo Jones” and “She Lives in the North” and a new version of “Poetry & Aeroplanes”, the title track of his debut album from 2003.

The EP was recorded in the newly completed Studio Bloch, owned by Teitur’s long time recording and mix engineer, Jonas Bloch Danielsen. The stunning studio is based in an old building in Torshavn, in Teitur’s native Faroe Islands, utilising the natural acoustics of the building, having been partly carved into the surrounding rock and using 100 year old cork built into some of the walls, from when the building was used for ice storage, for natural sound insulation.

The recordings are the first time Teitur has released anything recorded solo, without any other musicians, in his career, and he will be playing out songs from his next, yet to be recorded, album on the forthcoming tour. Teitur comments:

“Sometimes songs take on a new meaning or a new musical direction after you have played them lots of times live. I’ve often had regrets recording certain songs before I had the chance to play them live – it should really be the other way around, that you record your song once it’s come full circle, ideally after a tour. This fall I will go on a solo tour and play only intimate venues where I will try out new songs – material I intend to record for my upcoming album. I’ve always been throwing in new material into my tours, but this time it will be more than one or two songs. I’ve also made a 4 song EP for the tour in the same spirit.”

The Four Songs EP is available through Arlo and Betty Recordings.

Melodipsych night dreamers A Shoreline Dream spent the first part of 2012 locked away in their Barnum studio creating a series of EPs inspired by their mountainscape surroundings and the never-ending changes going on around them.

Created as a concept album of sorts, these three EPs, released digitally over the course of three months, and each containing three songs, have come together as a full album once stitched together. Each disc plays a role to what was going on during these secluded sessions, which is ever present while listening to them with ears open and eyes shut.

With mountains of tone, and dream drenched roads paving the way through the songs themselves, the 333 series is a unique gazed-out listening experience, similar in vein to the vibe contained on their 2007 EP, Coastal. The first EP, Three, brings to mind open landscapes, dune inspired within epic environments. The second, 3, sets its tone to the night, and to Barnum itself, with it’s vibe being set by the studio and the circus neighborhood it was recorded in. The third and final EP, III, was written with driving in mind, as each song is dedicated to the roads the band uses to test their tracks, with the final epic song “103” actually being written as a soundtrack to the drive up the highest paved road in North America, to the very top of Mt. Evans.

This unique collection of songs is soon to be available through toneVendor exclusively, in a quantity of 100 only and then they will be gone for good. What you’ll get is a set of 3 custom digipak CDs, in a O-card wrapped box, and each copy will be hand numbered and signed by the band.

Take a look and get a feel for how crazy CMJ can be. Panels start at 10:30 most days and run through until about 4 while the music gets underway at around midday and continues until around 3am.

Combine world-class players with spoken-word poetry and you get a rompinʼ wild ride with GYPSY BED, the sexy, cool, jazz and world- infused sextet. This all-acoustic debut has songs dealing with social issues as well as living, dying, and love. Featuring “Skin to Skin,” previously recorded by Harry Belafonte, Jennifer Warnes and Diane Reeves.

Godfrey Nelson is a composer/producer who has worked in many aspects of the music business from songwriting and commercials, to film, theater and CDs. Gypsy Bed’s debut CD has given Godfrey a chance to bring together a group of friends he has worked with over the years to realize a vision, hence the band “Gypsy Bed”.

All the musicians and co-writers on this CD are world-class artists in their own right and have contributed their talents with heart and soul. Instrumentation includes acoustic guitar, upright bass, accordion, piano, vocals and drums.

Get the CD from www.cdbaby.com/cd/gypsybed

There are no computer-generated sounds in his music – just a raucous (albeit melodic) mix of real guitars, bass, percussion and vocals.

After releasing a home-recorded EP in January 2011, Sam formed a band and did twenty gigs in southern California. He then released a second EPWaiting for Another Spring in April 2012.

Audiogold are fast gaining a reputation for having an ambient sound and great stage presence, through their regular performances on the UK music scene, including a bi-monthly residency at The Proud Galleries in London.

Their debut album, Embers & Theories is available in all digital and physical formats.