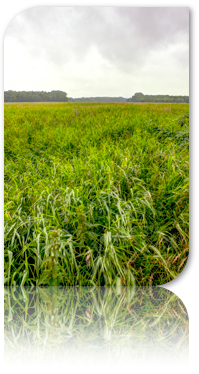 It’s Adnams Artist of the Month time this week with a fascinating volunteer to select the winning artist, Kurt Hartle makes some insightful observations and comes up with a rather surprising but wholly deserving choice.

There was a time, not long ago, when coffee at a hotel would have been pretty dire. The Crown in Southwold served a first rate cappuccino with the obligatory extra shot. To my taste it was up beyond most of the coffee “specialist” chains, and so it should be. Now Costa (Whitbread plc) want to open up in Southwold. Can’t the independents be given a chance anywhere?

On my way over to Southwold yesterday I called by at the vast and intensely green Hen Reedbeds just a hop and a skip from the Latitude Festival site. They are an oasis of damp calm which are managed as a full on nature reserve by the magnificent Suffolk Wildlife Trust.

After studying Classical Guitar at the age of six, he later went on to graduate and has since performed at a number of festivals and played alongside artists such as George Benson, Alex Britti and Fiorella Mannoia to name but a few.  On top of this Davide Pannozzo has also won the Emergenza European Acoustic Festival as Acoustic Solo Guitarist in 2009, followed by the Groove Master Award for Best Italian Blues guitarist in 2010, and most recently the Highland Uproar competition where he received hundreds of votes from listeners of the station in Scotland.

With an eclectic array of musical origins come a young classical pianist appearing on NPR; a world traveler studying music in Brazil, Turkey, and Ireland; a touring boy alto and cruise songwriter; a Boston street musician; and a drummer drawing on a mix of rock, celtic, and jazz. Their upcoming debut LP Pilot Machines (available July 17th) is a melodic work that displays the band Darlingside’s innovative, ambitious style and diverse talents.

A creative and innovative group of musicians, Darlingside captures a truly original sound as they carefully weave together genres of rock, classical, and folk music.

Conveyor is a Brooklyn-based music project spawned by the fated juncture of a wandering tarot of musicians in Gainesville, FL. Was it kismet or perhaps a primordial summon which led these gentlemen purveyors of sound to individually tune in and migrate North to the bustling seductress known as New York City?

Their retort is Sun Ray, a debut EP birthed and released in the warm embrace of Spring 2011. Brimming with lucid, homey synths layered over acoustic guitars and harmonious vocals, they channel extraterrestrial bible-thumpers drenched in love, spouting acid-soaked pop unabashed to beam with the simultaneous embrace of life/death realities backed by a polyrhythmic, pulsing backdrop. A decidedly grand task indeed, and following a string of self-released, handmade EPs, they are releasing their debut full-length album in 2012 with Brooklyn’s Paper Garden Records, a testament to our nature and the nature of ourselves.

To promote the release of their self-titled album released yesterday, they are playing lots of dates around the USA. This week they’re on the west coast (Sacramento tonight, San Francisco tomorrow, etc.) They then swing across the south next week to their hometown of Gainesville, Florida on 28th before working their way up back up to New York and beyond. Full details are on their site.

Mr. Hunter is a rock/jamband based on groove, freedom, and improv. Created by Chris Marcus with influences including Beethoven, Pink Floyd, The Dixie Dregs, Stevie Wonder, Phish and Chris’s dog Hunter, the lyrics are based on life experience and the journey to reach our potential. The band released it’s first full album “The First Chapter” on New Year’s Eve of 2011 and is introducing a new rock symphony based on current events called “The Course of Empire” at festivals on each coast on 2012.

This track is not really typical of the album as a whole (being instrumental) but you can hear much more of the band over at their site.

Recorded in the expansive NSW countryside at the 115-year-old Blackburn Estate, this collection is cinematic, brooding and impacting in its delivery; it’s easy to say ‘Hurtsville‘ finds the two-time Australian Music Prize nominee at his absolute best. From its vintage production techniques (digital metalizer anyone?) and evocative symbolism of regret, subversion, death, misguided love and panic, Ladder and his cohorts deliver a set that’s deeply from the heart, its grip unyielding.

You can stream the ‘Hurtsville‘ LP in its entirety at Spinner.com. Pre-order the limited, 180 gram vinyl, complete with download card and hand-numbered photo/lyric book, via the Holloweyed webstore.

This month’s selector is a fascinating guy from northern California with a number of apparently disparate strings to his bow. Kurt Hartle who has some interesting and knowledgable observations on a number of the tracks featured on SnC in June. There will be an extended interview on teh AOTM page fpr June 2012 in a few hours, if it’s not there already.

There is a staggering level of musical communication nearly hard-wired into the band members’ genes. ELAN has played together since they were children. Guitarist Mauricio “El Pato” López has collaborated with the DeFans since their early teens, while bassist Carlos “Charlie” Padilla Maqueo was in the first jam band with Jan Carlo at 11 years of age, and drummer Michel “Cheech” Bitar DeFan is a cousin. They have been best friends for nearly two decades and have played together for just as long. Jan Carlo shares,

“We’ve really hit the point we’re at because of the constant touring we’ve done together over the past 15 years. We’re really a live band, and we’ve developed our sound by playing anywhere we could.”