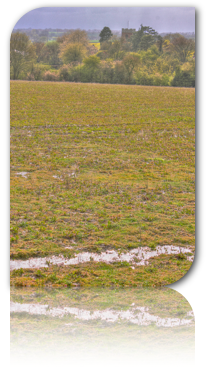 This week’s show contains possibly one of the “quietest” tracks I’ve played and one of the “noisiest”. A week or so ago Suffolk was declared to be an official drought area. Today, warnings of flooding and the rain kept on falling. Such a lot of contrast.

Also this week is a time for reflection on a good friend who died at the weekend. The world is a porrer place for the passing of Roy Evans.

At fairly regular intervals I find myself saying: “It’s a while since Radio Nowhere were on the show and they now have a 5 track EP “Under Strange Skies” available for you.

There’s a no strings download of three tracks on Jamendo ( www.jamendo.com/en/album/91320 ) and a higher quality 5 track version available from www.radionowhere.net/uss/ussjamendo in exchange for signing up to their newsletter with an email address.

Known for an arresting live performance, Wolf Larsen has become famous for bringing any noisy barroom to a standstill. With total focus, stillness and a gentle approach to playing her nylon string guitar, Larsen invites an audience to lean in closer and feel the quiet as a part of the fabric of her songs.

Her unusual name comes from her grandfather, Paul “Wolf” Larsen, for whom she was named. Quiet at the Kitchen Door opens with a poem written and read by her cousin Larsen Bowker, and it is an homage to the original Wolf Larsen. The original Wolf was a Nebraska man who rode the rails across the Depression beaten dustbowl as a young man looking for work. It was Bowker’s poem, specifically the lines, “Nothing left, but belief in possibility / and faith that everything important lay ahead,” that inspired modern-day Wolf, struggling under the weight of her own modern-day problems, to begin writing songs.

After uniting in early 2007, the band wasted no time in releasing the EPTaking Abalonia, which was reissued the next year with seven new songs as the debut full-length, Howe Sounds/Taking Abalonia. Said the Whale put out the follow-up LP Islands Disappear in 2009, and quickly won over a legion of new followers when the crunchy power-pop hit “Camilo (The Magician)” became one of the most played Canadian songs on Modern Rock Radio in 2010.

Audiences all around the world quickly began to take notice of the fast-rising musicians, who performed at increasingly high-profile gigs including the Vancouver 2010 Olympics and nationally televised Canada Day celebrations on Parliament Hill. In 2011, the band toured in the U.S. and U.K. and earned international praise from Consequence of Sound, You Ain’t No Picasso, and BBC Radio 6. Back home, Said The Whale won a JUNO Award for New Group of the Year.

Following the teaser EP New Brighton, all of the band’s efforts have culminated in the new full-length Little Mountain, released on March 6, 2012. Named after the band’s home neighborhood in Vancouver, the 15-track collection was recorded at the city’s Blue Wave Productions studio.

The band has been touring extensively in support of the album since the end of February and have remaining dates into early May:

Though known mostly for country music royalty—the likes of Dolly Parton and Johnny Cash—Nashville has a flourishing indie-rock scene that along with the neighborhood streets, the hills, and woods—make a perfect place for Heypenny to create their world of indie-pop-fun-rock.

Four years ago, Ben Elkins lived about 150 miles south of Nashville in Chattanooga, Tennessee. He experimented with sounds and spaces and new ways of writing songs. Through these efforts, Heypenny was born and an album called Use These Spoons was completed and Elkins relocated to Nashville, TN, recruiting DJ Murphy on bass and Aaron Distler on drums.

Although it was never fully distributed, Use These Spoons made waves in the blogosphere and garnered accolades throughout the region/country/Western hemisphere for its pop-infused balance of rhythm, harmony, and DIY brilliance, ultimately selling out of all their pressings.

What started out as a quiet, solitary and patient endeavor has over the last year erupted into a staccato-rock band that finds company with contemporaries, while channeling the pop-appeal of Michael Jackson, and the naiveté of Sesame Street.

Kim studied classical piano starting at age four and for a short while was a piano performance major in college. Her grounding in music theory, orchestration, and arrangement is clearly evident on Wanderlust.

Kim credits moving from her snug Lehigh Valley, Pennsylvania hometown for much of Wanderlust’s lyrical inspiration. “I moved across the country 3 times in the last 2 years: Pennsylvania to Texas to California and then to Texas again to record the album,” she details.

Kim is now taking Wanderlust stateside on her first tour. She will be playing coffeehouses and doing intimate living room performances as a duo, with her cello player. Don’t miss this charming and uplifting chamber-pop artist when she hits your local java spot and check out her heartwarming travelogue Wanderlust on iTunes.

It All Began With A Burst – Kishi Bashi (New York, USA)

Kishi Bashi’s debut full-length album 151a is a bright and soaring avant-pop record written primarily on violin – Kishi Bashi’s main instrument which has brought him to record and tour with the likes of Regina Spector, Sondre Lerche, Alexi Murdoch, of Montreal and more. The first two singles “It All Began With a Burst” and “Bright Whites” have already been getting attention from SPIN, Consequence of Sound and more.

Kishi Bashi collaborated with of Montreal’s Kevin Barnes on that band’s new album, Paralytic Stalks. This last endeavor he credits with some of his most recent musical growth, acknowledging that Barnes pushed him to new heights of creativity, forcing him to explore a broader use of his primary instrument: the violin. This experimentation affected his loop-based live show and led to him write more of the new record with violin rather than piano or guitar, loosening him from the grip of habit and expanding his palette. Kishi Bashi uses Japanese singing as another of many layers, doing so without any trace of gimmickry, and achieving what, to Western ears, must sound like an expression of the ineffable.

The album really is worth a good listen. You’ll find it on Bandcamp and on Joyful Noise Recordings. It was released on 10th April. He’s on tour right now with a show in Brighton UK tomorrow night.