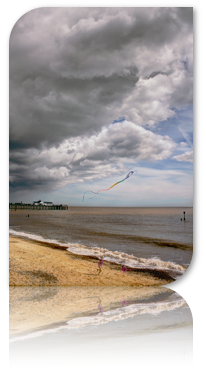 Music from Glasgow, London, Northampton MA, Seattle and Paris this week with a couple of specials including the result of the Adnams Artist of the Month.

It was for the AOTM interview that I went over to Southwold this morning. A fabulous day of dramatic clouds, sudden showers and bright sunshine.

The beach was awash with kids having a great time digging holes and flying kites. The scale and feel of the Adnams Distribution Centre is quite an eye-opener. A very large building almost entirely concealed in a former gravel pit the environmental qualities have, it seems, dictated a building design with just functions so well on so many levels.  To see the roof structure up close is a awe-inspiring.

The track Yorkshire was released on 5th Nov 2011 as a single.  Like the song says, Britain in looks “like a scene from ‘89”.  Unemployment figures have hit their highest since 1989.

Jordan Reyne – The Arsonist and Wait (I run too slow) (London, UK)

Having just completed a UK tour and played some great shows our good friend Jordan Reyne has lost most of her equipment and all of her CD stock in an unprovoked vandal attack on her home. She is now homeless and, perhaps worst of all, her beloved dog Stinky has had to be fostered out.

Her amazing friends in Second Life (where she plays lots of shows) organised a benefit show for her on Saturday which has raised enough money to deal with the immediate crisis. However, she doesn’t want to be a charity case but wants to work her way out of this deep hole.

Re-equipping will take more cash and thankfully, download sales are unaffected. If you’ve enjoyed hearing Jordan on SnC, now is a great time to buy an album (or two). Not only will it help her get back on her feet, you’ll also be able to listen to the entirety of Children of a Factory Nation, just as was intended. Believe me, it repays every minute you give it.

Formed in the hazy summer of 2004 out of a bustling University of Kent music scene, the rock and roll five piece Stone Pony quickly established themselves as crowd favourites to the students and locals in the Canterbury area.

Equally at ease bringing the crowd to its feet with stirring guitar driven rock numbers, as tugging at the heartstrings with piano led ballads, the band built up an avid following in their final year of University.

When the student days came to an end, the band moved back to southeast London, where they released their first two EPs The Sam Sessions and Chasing Thieves to uniformly excellent reviews.

Stone Pony are revving up to release their first full-length albumRabble Rock Radio with No Coward Music on 17th of April.

“Across Town” is the Tom Petty inspired second single from the album. Singer/songwriter Robert Batley says, “I wrote this song from the point of view of a man looking out across the Thames river from St. Paul’s Cathedral and imagining the things that were happening in the big city of London.”

While you’re at it check out Justin Wayne’s show

Blow The House Down – Darlingside (Northampton, MA, USA) “Adnams Artist of the Month”

Rachael Mewse chose the Artist of the Month for March 2012 and deliberated long and hard to select Massachusetts band Darlingside for their single Still.

The “string-rock” quintet are currently promoting their innovative ‘album subscription’ for their debut LP Pilot Machines. The subscription means that until the release date this summer, fans will gain access to a series of digital 7- inches by subscribing atpilotmachines.com The first one, Blow the House Down 7,” is available to fans now.

Bakelite 78′s repertoire is an eclectic mix of swing, Dixieland, blues, proto-country, and cabaret, as well as a plethora of originals in hybrids of these styles. Founding member Robert Rial arrived in Chicago in 2000, eager to engage in the music he loved most: dance orchestra music/swing, country-blues, dixieland, tin pan alley, occasional rock, and American folk. He played his guitar and tenor banjo and took solace in his 78 R.P.M. records (some discs were made from an early form of plastic similar to Bakelite). “Bakelite 78′s” preserved the music of the early 20th Century, and the band was born to keep classic crooner vocals & speak-easy jazz/lounge/cabaret alive. The original lineup of Bakelite 78 performed throughout Chicago from 2003 to 2008.

In 2009, Robert departed for Seattle and Bakelite 78 went through a personnel change. Robert sought multi-instrumentalists that preserved and expanded the essence of the group’s original sound. The new lineup of musicians includes Robert Rial on tenor banjo, six string, tenor guitar and voice, Erin Jordan on piano, accordion, and voice, Austin Quist on upright bass and sousaphone, Erik Reed on trumpet, Sabrina Pope on clarinet, and Steve Baz on drums. Within a couple months, the new line-up began performing original compositions (by Rial and Jordan), classic standards and rare gems. The group has performed all around Seattle and recently completed their new album,What The Moon Has Done, to be released April 13, 2012, at The Columbia City Theater in Seattle.

The French gypsy phenomenon is back at it again! Perfecting their trademark “Electroswing”, Caravan Palace returns with their sophomore album “Panic”.  The perfect blend of Jazz, Swing and Electropop, alive throughout the album, is guaranteed to keep you on your feet with its bouncy, vivacious tunes. Released on March 5th, “Panic”—the follow-up to their self-titled debut album which went on to sell more than 150,000 copies — is the result of two years worth of writing and recording.

A Summer European tour in support of the new album kicks off on April 14th in Switzerland and its 31 dates takes them to France, Czech Republic, Netherlands, Turkey, UK. Belgium and Monaco

Here’s the mash-up video I mentioned: