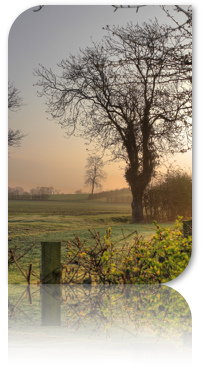 Well, it seemed like spring for a couple of days there. Hey ho. I suppose it will be back.

A decent geographical and stylistic spread of music floated to the top again this week with tracks from The USA, Iceland, Germany and Canada.

News of The Great Escape Festival in Brighton next month too.

“Anyone who experienced New York’s gritty, exciting, and gloriously vibrant music scene in the 1970s, ’80s, or ’90s will tell you the same thing: Their city is gone. Wiped out by a Stalin-esque, Disney-driven coup and replaced with a staid world of theme restaurants and karaoke bars. It’s as if when the soul was sucked out of Manhattan by real estate developers the music went along with it. Or so it would seem, however, until you’ve heard the music of New York band Crazy Mary.

Formed by veteran Lower East Side guitarist and songwriter Charles Kibel and drummer Nick Raisz, Crazy Mary has been conjuring its refreshingly oddball avant-garage rock since 1998. A bubbling cauldron of chiming and scraping guitars, creepy organ, spacey, experimental sounds, Dada-ish pranksterism, and absurdly danceable rhythms, the band distills it all into a surreal cocktail of post-punk/psychedelic weirdness. And now, with the recent additions of legendary underground violinist Walter Steding and expatriate Australian vocalist Em Z, things have gotten even weirder. In a good way, of course.”

Born in London to a Sri Lankan father and Icelandic mother, LAY LOW’s musical abilities stretch as far as her geographical heritage. Starting out as a pianist and bass guitar player; she has jammed on keyboards and synthesizers with Benny Crespo’s Band, found her voice in blues folk and a little honky tonk bop collaborating with producers such as Liam Watson. Although her new material is taking on a new trip hop twist, LAY LOW’s distinct musical journey can still be felt at its roots, producing a honed yet experimental sound that is all her own.

Sonic diversity flows rampant within this group whom originates from New York, Washington State, Illinois, and Wisconsin, yet combining these various wires is the natural fusion of Green Tea. It was at the University of Wisconsin – Stevens Point that Green Tea formed 10 years ago and with an evolution of members in 2011 and growth of musical roots from Celtic fusion to indie, Green Tea now serves up a powerful brand of original indie roots rock music. The upcoming new album “Wake the Conscious” summarizes this fresh perspective in songwriting and ultimately an energized stage performance. Mixing original indie hooks and lyrics with driving progressions is the band’s modus operandi, catalyzing original inventions on stage with a hint of “live jamming.”

Green Tea’s keys are held down by Aaron Scharmer with styles enveloping jazz, rock, classical, and futurama – he’s the melotron phenomenon and improvisational whiz. The bass guitar fills bodies with John Julka behind it, otherwise known as miniFlea, John is SOLID energy. John Coletta, on flutes/whistles, vocals, and hands has been compared to Ian Anderson of Jethro Tull with his flying flute-rock stylings and art rock vocals. Besides being a world-renowned semiotician John is most likely “THE WORLD’S BEST” hands player (it has to be seen to be believed). At the core of Green Tea’s sound is Trevor Roark, vocals/guitars, with his original song arrangements that compliment the post post-modern thoughts of our civilized culture. This fresh sound, with intelligent lyrics, indemnifies him as the heart of the Green Tea’s sonic distinction. Yet, Zach Hubert drives home the band’s power on the drums. With unique percussive patterns, Zach gives each song an edge that fans love.

After three years, a groundbreaking debut, and numerous international award’s, The Temper Trap return to The Great Escape. With a second, self-titled, album finished, The Temper Trap are ready to present new music to you, including the first single “Need Your Love.”  They are due to headline the Brighton Dome on Friday 11th May.

A further 141 artists have been announced and, of particular interest to me, the already strong Catalan offerings have been further strengthened with the full line-up of acts from Barcelona and wider Catalunya confirmed to appear at The Great Escape 2012 comprising: Mujeres, Me And The Bees, Seward, Amics del Bosc, Ninette And The Goldfish, Oso Leone, Furguson and The Suicide Of Western Culture.

The Catalan Sounds Tour of 2012 has already visited SXSW and Canadian Music Week and will finish this May in sunny Brighton atThe Great Escape.

I stumbled upon Pornophonique when I was checking out Jamendo this week.  Dating way back to 2007 although it sounds much older than that. The retro references sounded retro when it was new! The appeal of 8 bit obviously endures. The album 8-bit lagerfeuer is still in the Jamendo top 40 for popularity this week.

“Listen to two dudes using a western guitar, some vocals, a C64 and a gameboy. They tell you about sad robots, the loneliness in computer dungeons and other heart-breaking geeky sceneries.

Feel free to support these guys and buy the album as a real CD in black vinyl-optics within a black tin top. Including variant-covers for each song, made by famous german comic artists.

You can get the album as an mp3 download from Jamendo atwww.jamendo.com/en/album/7505 or

Incidentally I see that Grace Valhalla’s new album, which I played a track from last week, is in at number 42 out of 55,534 albums on the label.

Growing up in suburban Oshawa, Nick felt most free after dark, whether he was watching rented Charleton Heston movies, wandering the city’s forest paths, or trekking south to yell and throw rocks.

Citing inspiration from the likes of Leonard Cohen, Rufus Wainright and Irving Berlin, Teehan’s songs are fresh, energetic and unpredictable; his lyrics imaginative, irreverent and arrestingly insightful.  When filtered through Nick’s unconventional imagination, the results are vivid dream-images.

Supported by a talented seven-piece band, equal parts brass and electric, whose subtlety and raw power frame the wildness of Nick’s compositions and enlisting the help of his brother, JUNO-nominated composer Rob Teehan on sousaphone, There is Not a Snake is a musical redefinition.

The album is released on April 20 and is available in stores and on-line.

Serbia native, New York resident and acclaimed composer/music producer Filip Mitrovic is The Elkcloner. Having some impressive accolades already on his resume (he co-scored music for several feature films, including ‘Resident Evil: Afterlife,’ ‘The Echo’ – from the makers of ‘The Ring’ and ‘The Grudge’, and a Sundance 2008 Award winner ‘Sleep Dealer’), Mitrovic has just unleashed his genre-redefining blend of experimental/electronic art-jams to the masses.The Elkcloner has chosen to represent his new hybrid experimental electronic project.

One of the defining features of The Elkcloner’s eponymous debut effort (released digitally 2/28/2012) is a propensity towards provocative and, by his own admission, visually inspiring and inspired music with an undoubtedly cinematic flair. You’ll find his music on iTunes and at: