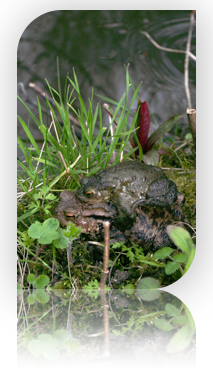 A bit of a late start this week with the record button being pressed at almost midnight.

Actually, it is only just at the point where the environment is quiet enough to focus. There have been helicopters, builders and carpet-fitters around the place all day and then at dusk the frogs took over. This seems to be the week of the manic migration of hundreds of frogs to the pond just outside the studio window. Ahh. Lurv truly is a many splendored thing !

With All Those Relays, the band’s first album since 2003, Ashen Keilyn has deconstructed her band and put it back together piece-by-piece — new players, new producers and, most importantly, the best songs of Keilyn’s career. Scout’s new chapter finds Keilyn simultaneously at her most emotionally raw and her toughest yet, creating an album both empowering and vulnerable — and catchy as hell.

“I feel like a big sponge. I take my experiences in life and turn them into music,” she says. “That requires a lot of living. I have to put a lot in to get a little tune out.”

To create the 10 tracks of All Those Relays, then, Keilyn could’ve lived 10 lifetimes — each song is a world unto itself, a new driving rhythm, an endlessly melodic hook and lyrics that navigate the soaring highs and devastating lows of love.

The new album is released next Tuesday and they have a show at The Living Room on Stanton Street, in the Lower east Side of Manhattan on Thursday.

Down on the Lower East Side – Justin Townes Earle (Nashville, Tennessee, USA)

On a rainy Nashville Thursday last October, Justin Townes Earle leapt onstage at the famed Ryman Auditorium to accept the 2011 Americana Music Award for Song of the Year.

The triumphant evening capped a turbulent twelve months for the gifted young musician categorized by significant hardship as well as notable achievement including debut performances at New York’s Carnegie Hall and on The Late Show with David Letterman.

Just one week later, Earle retreated to the western mountains of North Carolina to record his next album, Nothing’s Gonna Change the Way You Feel About Me Now at Echo mountain Studios in Ashville NC. It’s an intriguing title given the importance of change in Earle’s approach to art.

“I think it’s the job of the artist to be in transition and constantly learning more,” he says. “The new record is completely different than my last one, Harlem River Blues. This time I’ve gone in a Memphis-soul direction.”

No stranger to this show since his excellent Harlem River Blues album last year.

“As far as fledgling bands go, Wishes and Thieves are more poised and ready to take off than most of their peers. The Brooklyn four-piece is on the verge of releasing their second EP, and has plans for a full-length album in the fall. There is a refreshing focus to the sonic atmospheres that Wishes and Thieves craft in their synth-laden songs. Perhaps it is that focus, and vision for exactly what they’d like the band to be that sets them apart.

When we asked them to perform for our cameras, they jumped at the chance to do something a little different. Preparation for an acoustic session to most bands means switching to acoustic guitars and brushed drums, but not to Wishes and Thieves. The band’s guitarist and bassist, Mike MacAllister and Joe Higgins, created entirely new acoustic arrangements for their songs, complete with a string quartet. The band was lucky enough to recruit oft-Sufjan Stevens collaboraters Osso Quartet to accompany them.

They tackled the opener from their first EP, Lighthouse, as well as the single and title track of their upcoming Forest Fire EP. The result is something wholly original, monumental and, in typical Wishes and Thieves fashion, intensely focused. “

Wishes and Thieves on Popmatters

I had a call from a friend who’s the neighbour of a friend of Cardigan (Wales) musician Owain Mon Roberts. Owain plays guitar with The Reasoning.

It seems that he went out for a coastal walk near the town on March 10 but he has not been seen since and police are becoming increasingly concerned for his welfare. Although, I would suggest not as concerned as his friends and family.

If by the slimmest of chances, you happen to have seen Owain since March 10 please dial 101 and ask for Cardigan Police Station. Thanks.

First entering the New York City music scene in early 2008, Alex Montanez quickly gained the approval of audiences with his gift of interpretation. Playing sets consisting mostly of cover tunes, Alex’s confidence grew as he graced venue after venue in downtown NYC with the few originals he sprinkled into each set.

After performing in the many different stages that New York City has to offer, Alex found a home in a small lounge in West Village called Gizzi’s. Packing this lounge show after show, he decided it was time to take his original music more seriously. Having a collection of tunes he wrote over the years, he picked the best of them to re-record into his debut album.

Our drive to buy and reopen our local pub here in Suffolk. The investor prospectus was launched on Saturday night and so far we have 24 wonderful people pledging investments of £34,500 which is fantastic. Of course we need lots more but that is an amazing start.

Moscow based indie rock band, Man Bites Dog have just released their newest single, “Whispers in My Mind,” the group’s first track to hit U.S. soil. The infectious piece is filled with catchy melodies, and blazing guitars as singer Cyrill Mukhin, takes you on a musical journey. The entirety of the song has a way of capturing noise and chaos while transforming it into a meaningful story.

The main keyboard line in “Whispers in My Mind” is actually Angelo Badalamenti’s intro to the infamous television show, Twin Peaks.