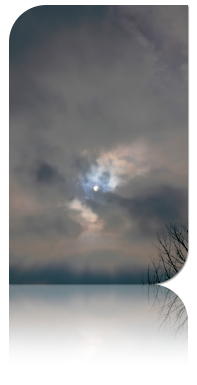 OK, so the entire independent music business has migrated to Austin, Texas this week. Well, not quite. There are still a few of us suffering good home cooking, a decent pint of beer, grey skies and something of a chill. Plenty of tee-shirts in evidence this lunchtime onwww.earthcam.com/usa/texas/austin/as I record the show this evening.

This is all we saw of the sun today.

Ana Popovic is an incredible guitarist/vocalist who was born in Belgrade, Yugoslavia and now resides in The Netherlands. Her career has been meteoric, and shows no signs of slowing down.

“People often ask me to describe what I feel on stage. They ask:’ Where are you when you close your eyes on stage, it’s like you’re not even there. That place were I am is simply UNCONDITIONAL. It is MAGICAL. It’s just me and my guitar, notes, sounds and drum grooves. I let the band lift me up, and I feed off of their energy. I HATE TO THINK when playing. I ONLY FEEL. I’m sure anybody could feel the same way in their job, that is if they are doing it with love and passion; if they’re experienced enough and dare to let go and be themselves.

UNCONDITIONAL is how I stand towards my music -it’s mine, it’s sacred, and it’s with no boundaries. Absolute, definite. I tend to put everything I have into it and don’t let anything or anyone get in between, except the people that truly inspire me.

And so often I hear this question: What is Blues? THIS is how I see the blues: Blues is UNCONDITIONAL. Maybe the most conservative style of all. If you alter it too much, it will no longer be blues. And as vulnerable as it is, it stands the test of time. The beauty of less, don’t make it too tidy kind a thing… What is blues? Is it a feeling? I say: It’s beauty of the basics and an instrument.”

Her album Unconditional was recorded in New Orleans with Grammy-award winning producer John Porter along with special guests Sonny Landreth, Jon Cleary and Jason Ricci and finds the fiery guitarist in top form on her most blues oriented recording to date.

A pleasingly strong voice emanates from Bunny West – well illustrated in this track.

Bunny West was born on a locomotive, raised on a reservation, and steeped in salvation. The spirit of Bunny West comes alive through a style of music all her own. With ten years of playing and writing music under her belt, she has dipped her toes into every style of music and fused all of these to create her own fresh sound. Whether she draws inspiration from Hank Williams, Johnny Cash, Etta James or The Black Keys, Bunny West’s distinct, chillingly powerful voice lies at the root of her music.

Her hard work and dedication has culminated into a brilliant debut album, to be released later this Spring. After working as a bartender and playing weekly gigs at Piano Bar and Hotel Café in Hollywood, Bunny West was able to pay for sessions out of her own pocket. Friend, engineer and co-producer Geoff Neal lent a hand to get the album done in just four days. The tracks were all recorded live, within three takes and finished with limited overdubbing. Her sound is raw. Her sound is unforgettable.

Gliss – I am Oak (Netherlands)

In 2010, after releasing their debut melancholic folk LP On Claws to critical acclaim, I Am Oak was invited to be a part of over sixty-five tours and festivals throughout the Netherlands, Belgium, France, Germany, Luxembourg, Switzerland, and the UK, including a sold out show at the Unitarian Church as part of the Great Escape Festival. Fast forward one year and I Am Oak have released their sophomore LP Oasem to unanimous praise, even earning “Album of the Year” at the prestigious 3VOOR12 Awards.

I Am Oak is the folk/experimental project formed around Dutch singer-songwriter Thijs Kuijken. Described by the 3VOOR12 judges as “night songs” and “songs that take you on a journey,” Kuijken’s truly unique sound is created by manipulating minimalistic sounds into complex and gentle sound arrays.

I Am Oak will be making their North American debut at this year’s SXSW on March 16, 2012 at 3pm at Bar 96 as part of the Dutch Impact Party presented by FILTER. He will also be performing at the beautiful St. David’s Bethell Hall at 9pm the same evening. For a taste of I Am Oak live, check out this live solo performance of “On Oxen,” the first single from 2010’s On Claws

The artist of the month for February is selected by folkie, account manager and beer faerie, Ruth Goldsmith.

Adnams Artist of the Month Shayfer James illustrating the percussive aspects of his piano.

Mr. James’’gift for songwriting is singular. The songs on his first full-length album, The Owl & The Elephant range from beautifully sad to frightening and furious, and his performances are tailored to match. His style is theatrical, but never contrived.

Darlingside, the “string-rock” quintet from Northampton, MA, is currently promoting their innovative ‘album subscription’ for their debut LP Pilot Machines. The subscription means that until the release date this summer, fans will gain access to a series of digital 7- inches by subscribing at pilotmachines.com. The first one, Blow the House Down 7,” is available to fans now.

A creative and innovative group of musicians, Darlingside captures a truly original sound as they carefully weave together genres of rock, classical, and folk music. Their diverse sound can be attributed to the eclectic array of musical origins: a young classical pianist appearing on NPR; a world traveler studying music in Brazil, Turkey, and Ireland; a touring boy alto and cruise songwriter; a Boston street musician; and a drummer drawing on a mix of rock, celtic, and jazz.

Their upcoming album is a melodic work that displays the band’s innovative, ambitious style and diverse talents.

If I Be wrong – Wolf Larsen (San Francisco, CA,USA)

Known for an arresting live performance, Wolf Larsen has become famous for bringing any noisy barroom to a standstill. With total focus, stillness and a gentle approach to playing her nylon string guitar, Larsen invites an audience to lean in closer and feel the quiet as a part of the fabric of her songs.

Her unusual name comes from her grandfather, Paul “Wolf” Larsen, for whom she was named. Quiet at the Kitchen Door opens with a poem written and read by her cousin Larsen Bowker, and it is an homage to the original Wolf Larsen. The original Wolf was a Nebraska man who rode the rails across the Depression beaten dustbowl as a young man looking for work. It was Bowker’s poem, specifically the lines, “Nothing left, but belief in possibility / and faith that everything important lay ahead,” that inspired modern-day Wolf, struggling under the weight of her own modern-day problems, to begin writing songs.

“Self taught, I started making music as a hobby at the age 17 using Yamaha CS1, Cool Edit and FL Studio. I had also been playing flute in the Ethnic Rock band “Igra Rama” and done several solo performances for background music in happenings. I had a big passion for music but not enough means to afford musical instruments, so I learned how to build them. Most of the instruments I have are homemade. The instruments I play are : piano, guitar, different kinds of ethnic flutes, didgeridoo, percussions, kalimba and jews harp.

Nowadays my music is being used in films, documentaries, commercials, performances, websites, as background music, music on hold, and more. I am listed amongst the top artist on Jamendo and my albums have hit number one several times.

Although I don’t limit myself to a particular genre, my music in general can be defined as Organic-Electronic World Fusion. It can be great for background listening but at the same time it’s very elaborated and deserves to be listened in a serious manner with full attention. I invest a lot in the sense of ambient 3D space – depth, distances, directions, motions and their dynamics.