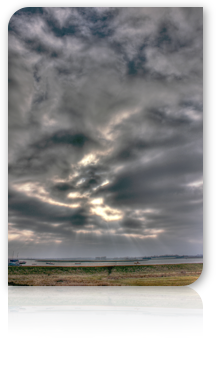 Well, it’s been an interesting week complete with a bit of a panic last night entailing long calls to clinicians and a doctor visit at 2:30 am. This mean that I wasn’t able to record the show as usual on Wednesday and had to wait until this morning.

Recording the show in daylight – novel!

As well I wasn’t recording in daylight yestrday – there was very little of it about.

The four-piece emerged from Fremantle, Western Australia only few years ago. From humble beginnings of weekend jams to being nominated for a 2011, the band have a natural chemistry, growing organically into their own mould to create their latest EP,Awkward.

Following on from their success of their debut EP, Golden Revolver, San Cisco returned to the recording studio with Steven Schram (Little Red, Little Birdy and Cat Empire) in Melbourne to delve further into the songs they had perfected on stage and in the backyard shed. The finished product is the EP, Awkward, featuring five tracks of indie pop goodness, showcasing Jordi’s turn of phrase and Josh Biondillo’s varied influences in his music writing. In its entirety it is an eclectic mix of indie pop with dashes of rock and slashes of synth. Each member of the band brings a different influence to the table from their diverse and eclectic palate of indie, rap, hip-hop and jazz.

Lead single “Awkward” is an unmistakable pop gem featuring the vocal talents of both Jordi Davieson and drummer, Scarlett Stevens. The video for the track was premiered on Consequence of Sound’s Cluster1.tv.

Erin Passmore has a voice that will drop kick your heart. She is perhaps best known for her work in the Regina indie-rock band Rah Rah, where she’s a multi-instrumentalist, contributing drums, keys, bass and her crowd-rousing vocals. Erin’s voice is not brash, booming, or overdone. It’s honest, warm and real. It’s one of those gifts you’re born with. And you can’t help but take notice when she takes the mic.

Erin joined Regina rock band Sylvie, started by her brother Joel. It was Joel who stepped in to teach his younger sister some guitar tricks, as she was growing tired of practicing blues scales. His early bands Sylvie and Despistado served as inspiration for Erin to start Rah Rah with Marshall (Burns). From those early days to now, it’s been the constant motion of recording and international touring that has swept Erin away to support Rah Rah’s two critically beloved albums, Going Steady (2008) and Breaking Hearts (2010). The newest Rah Rah record has just finished production and will be released in late 2012.

Erin has contributed her unmistakable vocals to fellow musician friends’ projects, most notably, “A Cold Night Close To The End” from 2011 JUNO winners Said The Whale’s Islands Disappear album and the 2012 upcoming solo project of Jon Samuel, who is part of JUNO winning group Wintersleep.

All the while, Erin’s had songs of her own simmering away on the back burner. They are personal, poetic and reflective, wry songs that tackle personal relationships and wrestle with the confines of living in a small town.

The title-track “Downtown” explores the theme a little more intensely. Told in three different story lines all relating how small towns can be mutually inclusive and excluding, it tackles feeling self-conscious, but growing up, finding confidence and finding romance. “Ultimately,” muses Erin, “I find I get a lot of my material from the disconnect that happens when (I) get home from experiencing some epic parts of the world. In the sense of comparing one place with another, Regina is a great place to live but it’s also great to get out of for a while.”

Adnams Artist of the Month for November 11, Sydney Wayser has a Pledge Music fundraiser on the go to get her Bell Choir Coast album out on vinyl. As of today, she’s 70% of the way to her target so take a look and make a pledge if you can. The drive closes in 18 days.

Sydney has a live show at Living Room in New York City on Friday.

The link is a good opportunity to find out a bit more about Sydney – check the Pledge Music video.

I know nothing! … Other than that they have an interesting album called Rumba Infusión on Jemando.

Requiem for a Fish – The Freak Fandango Orchestra (Barcelona, Spain)

From their album Tales of Dead Fish.

The Freak Fandango Orchestra is a multi-ethnic band from Barcelona (Spain). The band exists since 2006 and is performing live since 2007. You can see them a lot around Barcelona but they also play at international venues, like for example at the New York Gypsy Festival 2011.

Their music is a explosive mixture of folk, polka, gypsy music from the Balkans and punk-rock. The band is composed by musicians with lots of different instruments (guitar, bass, drums, violin, saxophone, trumpet, accordion and percussion). They are influenced by artists like “Emir Kusturica And The No Smoking Orchestra”, “Goran Bregović” and “Gogol Bordello”.

In 2009 they published their first EP “Love, Death And A Drunken Monkey” and their second EP “Tales of Dead Fish” in 2011.

Freeky and Dicky have a blistering new album on Jamendo.com.