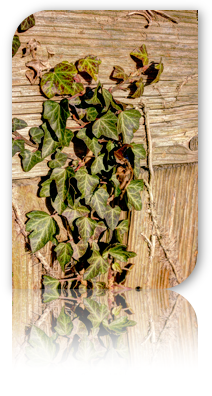 Back after an enforced one show break due to a conspiracy of frail elderly relatives and an an unbelievably incompetent bank who very very nearly caused me to be fined or worse by the UK tax authorities for not paying on time. Santander, you owe me, big-time. Still, you know the collective noun for bank managers don’t you. It’s a “wunch”. Yeah, you know, “A wunch of bankers”.

Sub-zero temperatures, a fresh very cold wind and low winter sun show one of the old chicken sheds off in its best light!

You Jane – The Wedding Present (UK)

“The boy Gedge has written some of the best love songs of the Rock ‘n’ Roll Era. You may dispute this, but I’m right and you’re wrong!” John Peel.

The Wedding Present have had eighteen UK Top 40 hit singles… not bad for a band that has, from its inception, stubbornly refused to play the record industry’s game. That was back in 1985 when David Lewis Gedge boarded a National Express coach in London with 500 records packed into a pair of his mother’s suitcases.

You Jane is the first single from The Wedding Present’s much anticipated eighth studio album, ‘Valentina’. Valentina comes four years after 2008’s ‘El Rey’ and was recorded in France, California and England during 2011 and mixed by Andrew Scheps.

Following an album launch event at the ‘South By Southwest’ music festival in Austin, Texas, the band will be embarking on a tour of North America. This tour will be extra special because, as well as celebrating the release of Valentina, the band will be playing their classic album ‘Seamonsters’ live, in its entirety. Following the North American dates the band will be moving on to Australia, Japan and Continental Europe before bringing the whole event home with an extensive tour of The United Kingdom and Ireland in the autumn.

Doe Paoro’s self-described “ghost soul” music hovers on the edge of ethereal, entreating the listener to be transported to a shape-shifting, cosmic black hole of sound and anti-sound where her voice is utilized as an uncommon instrument and the space between notes shoulders as much significance as the notes themselves. And come 2/13/2011 Doe Paoro will be celebrating at the album release party for her forthcoming album, Slow to Love, at Glasslands Gallery in her adopted home of Brooklyn, NY.

After her stunning debut performance at L.E.S. hotspot Pianos, she was officially invited to perform at SXSW. In other words, keep an eye and an ear out for Doe Paoro.

Zach Saginaw consistently grounds his music in a deeply personal, familial context; his grandmother inspired two releases, his producer aliases, Shigeto and Frank Omura, both reference family names and it’s not for nothing that his latest release as Shigeto is titled Lineage.

While only Saginaw could speak to the ancestral motivation being referenced on the eight instrumental songs that comprise the mini-LP, Lineage, it’s easy to see it as an acknowledgement of debt to musical forebears, reverent respect due to the jazz, hip-hop, funk and folk that animates these eight songs. And while these elements aren’t new to Saginaw’s work, never has he demonstrated such complete command of his material. Each song is a complex constellation of sounds and ideas, but his compositional focus and restraint grounds songs that are otherwise cosmically inclined.

The album is available on the ever-interesting Ghostly International label.

Two musicians tumbling around the dark evenings of Los Angeles.

What if we just sang together?

So the framework of songs written by Daniel Ahearn (ill lit) found the once in a generation voice of the beautiful multi-instrumentalist Mindy Jones and away we go….

All the songs are of course Love songs.

There is, after all, only one thing worth singing about.

Dan The Automator teams up with vocalist Emily Wells to give us Pillow Fight. That’s all I know at the moment.

With a bit of luck and a fair wind Jeremy Gugenheim and I are off to the New Crawdaddy Blues Club in Billericay, Essex tomorrow (Thursday) night. The Kayla Brox Band are playing this week along with one of the best warm-up bands around, The Heaters. In any other setting they’d be a headline act but as it’s their club I suppose modesty forbids!

It is a lovely friendly club run and supported by dedicated blues enthusiasts.

If you can make it, pop in and say hello tomorrow then stay for some great blues.

Quite a find on Jamendo although information on the site is very scarce which makes me rather suspicious, a review gives lots of information – I can’t verify everything but it is interesting:

Rock’n’roll band Freeky Cleen was started in 2004 when Ilya Polishchuk (guitar, bass, vocals, percussion and harmonica) and Alex Okhrimenko (tech) fondly decided to challenge the world’s major record labels by creating their own home studio and possibly their own label after the band had failed to get signed. They built, installed and configured their recording equipment themselves which they believed would set them apart from other recording studios in Kyiv, Ukraine (Eastern Europe) – mostly pop-oriented at the time.

Freeky Cleen’s debut album “Infertility” was released in 2005. The album contained all original compositions with elements of hard rock, boogie woogie, and rhythm and blues which reflected the band’s kick-ass back-to-the-roots attitude. The early hits by Freeky Cleen such as “Evil Mother” and “Dead Man’s Show” brought the band to local “celebrity” status in Kyiv and established Freeky Cleen as soul-mates to US sleaze rockers of the late 80s. Technically restricted to their own sound, the guys went on to develop better sonic concepts which led them to record a new album entitled “Augean Stables” (2006).

Few days ago boys have uploaded blistering and unbelieveable new album on Jamendo.com. The album has been uploaded under the name Freeky Cleen & Dickey F – Double Feature. 12 golden bluesy and boogie bars.